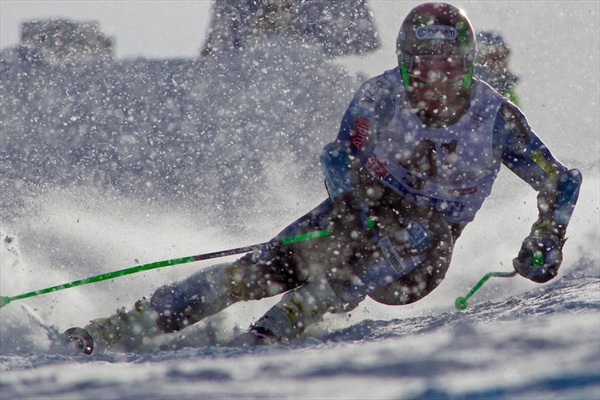 "My super G has been going pretty well, but I wasn't expecting much after just flying in and now out," Ted Ligety said. "It sucks to miss the podium by one hundreth, but I'm pretty satisfied."