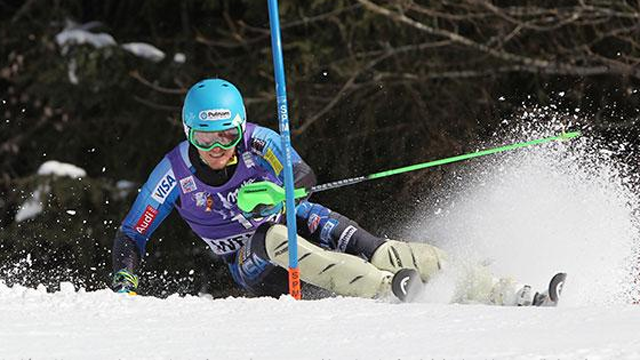 Ted Ligety (Park City, UT) started 13th, finished the first run in 13th and ended the Wengen slalom in the same spot to close out the 83rd Lauberhorn weekend in Switzerland. Ligety remained third in the overall Audi FIS Alpine World Cup standings but slightly closed the gap to Aksel Lund Svindal, who is in second. Germany's Felix Neureuther won by .21 over Audi FIS Alpine World Cup overall and slalom leader Marcel Hirscher of Austria. Warm temps overnight created aggressive snow conditions and made for an incredibly tight race. The tour now heads to Austria for Hahnenkamm weekend in Kitzbuehel for the final weekend of racing before naming of the World Championships team.

“Between the super combined and today, it was some of Ted's most promising slalom skiing of the year,” said Mike Day, technical head coach. “But he had some difficult sections and some bobbles that held him back from a bigger result. It was also really tight racing today. He was in a good position after first run and unfortunately couldn't move up. Ted is already on his way to Kitzbuehel and looking ahead.”