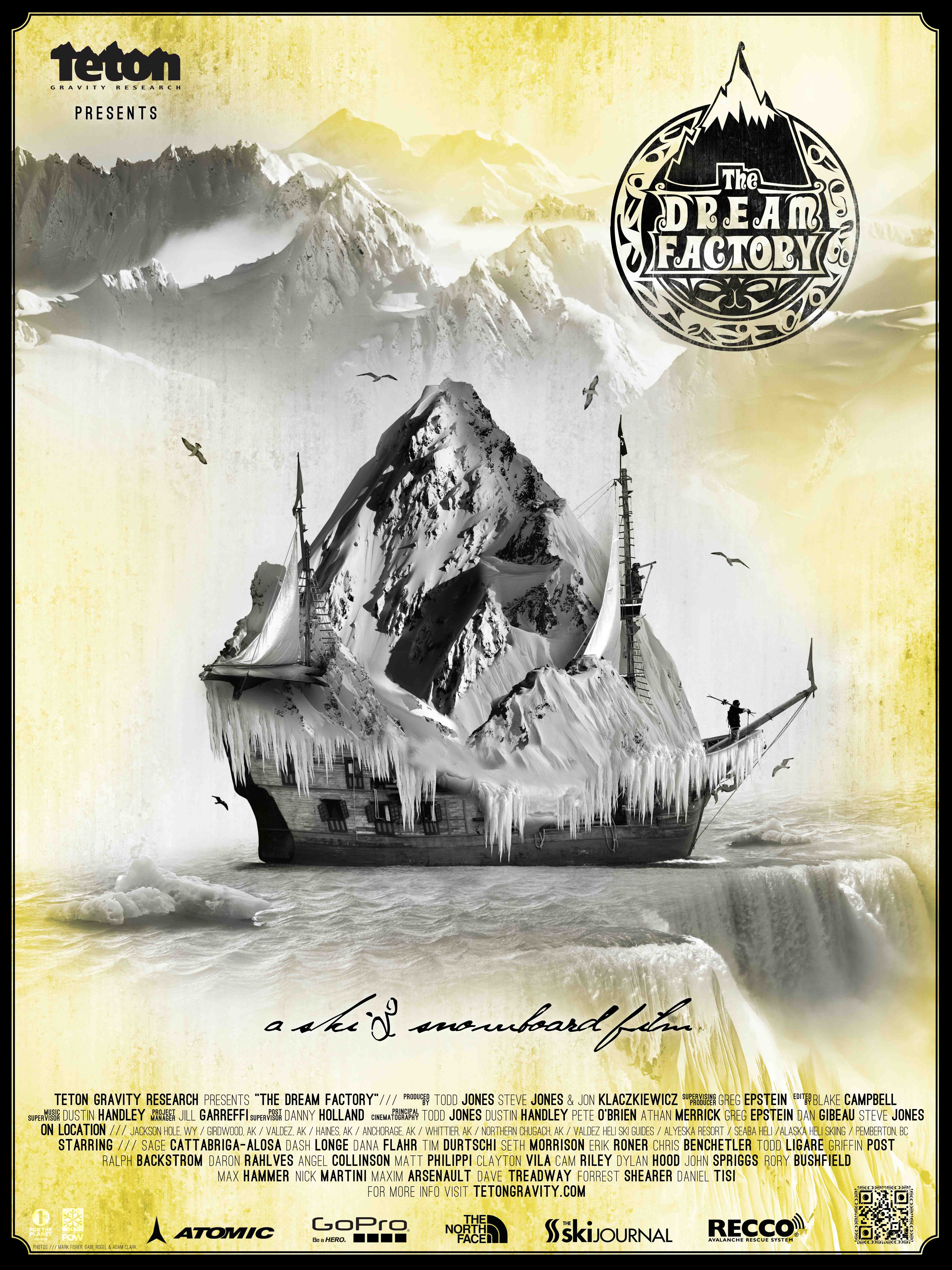 New feature-length ski and snowboard film will depict the history and modern progression of freeriding in Alaska.

For the past 16 years, Teton Gravity Research (TGR) has made the pilgrimage to America’s last frontier, Alaska: The Dream Factory. Throughout history, Alaska has been a place of dreams. From the early gold rush days, to the rise of commercial fishing, to the explosion of the ski and snowboard freeride movement, people have left everything to follow their dreams and journey to this foreign, mystical land. Like the frontiersmen before them, the pioneers of the freeride movement like Doug Coombs, Eric Pehota, and Trevor Petersen made the dream of skiing in Alaska a reality.

Follow TGR's modern day athletes on this cinematic voyage through Alaska's awe-inspiring expanse, rich history, and colorful characters. Watch as the TGR crew ventures from AK training grounds Jackson Hole, WY and Pemberton, BC, and delves deep into the Alaskan way of life during last year's record snowfall in AK, skiing terrain most of us only dream about.

"The Dream Factory is the most elaborate TGR film to date," says Todd Jones, TGR co-founder. "We shot over 50 interviews and uncovered the true history of skiing and snowboarding in Alaska. The story will take viewers through Alaska's history as a state, its skiing history, and showcase the modern progression of skiing and snowboarding - from steep spines and big mountain terrain, to urban and all-around progressive freestyle."

The Dream Factory will premiere September 15, 2012, at the Walk Festival Hall in Teton Village, Wyo., followed by a worldwide film tour.

Click here for information on iTunes, DVD, and Blu-ray releases.

Photos, videos and stories from The Dream Factory