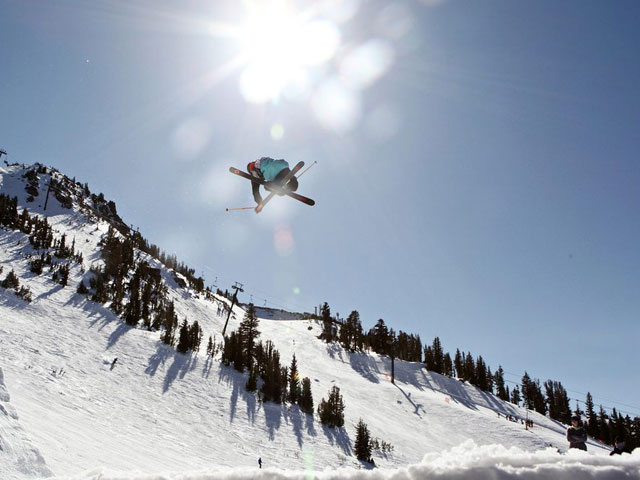 A talented men's field of 36 freestyle skiers competed in the qualifying heat for the top 12 spots. With two runs per round, best run counting, Thomas Krief of Fance, Torin Yater-Wallace of the USA, and Antti-Jussi Kemppainen of Finland, took the top three spots. Twenty-seven women lined up for the qualifier with Devin Logan of the USA scoring the highest.

Torin Yater-Wallace came out on top in the end with a huge second run. He was awarded 93 points and took the lead from Thomas Krief who finished in second place with 90 points. Benoit Valentin of France placed third overall with 84.2 points.

Yater-Wallace's winning run was made up of a double cork 1260 mute grab, an alleyoop flat spin 540, a 900 tail grab, a 1080 tail grab and a switch 900 mute grab. Head judge Spence Steele said the judges were impressed with the execution and amplitude of the winning run. "The pipe skiing was phenomenal today. The top skiers were very impressive for the first competition of the qualifying season," he said.

The women's final produced some big spins and tail grabs. Current Overall AFP World Champion Devin Logan lived up to expectations taking out first place with a score of 83.0, despite not landing her first run. It was second and third for Japanese skiers Manami Mitsuboshi, with 80.0 points, and Ayana Onozuka, with 78.6 points.

"The weather and conditions were amazing today. I had a great qualifying round and really felt the pressure for my second final's run. The Japanese girls were really pushing me. I was lucky today – it's a good start to the season," said Logan.

Janina Kuzma, from Wanaka, was the only New Zealand female to go through to the women's finals in 12th place. A gutsy second final's run that scored 76.6 points put her in fourth place overall. Jossi Wells finished 7th overall scoring 76.6 on his first run and not landing his second run.

For the first time, freestyle ski athletes' competition points will count towards gaining an Olympic spot. The International Olympic Committee announced in April that men's and women's halfpipe skiing will be an Olympic sport at the 2014 Winter Olympics.

The action continues on Friday and Saturday, August 25-26, with the FIS Snowboard Halfpipe World Cup also at Cardrona Alpine Resort.