News: Two for One Airline Tickets to Crested Butte and Telluride 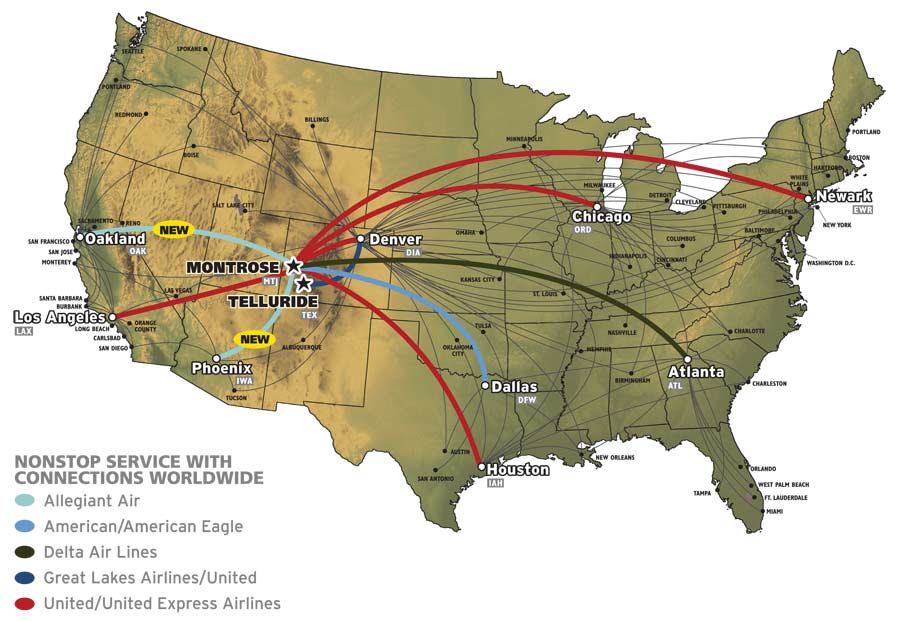 “To my knowledge, there is no program in the industry where travelers can get two for one airline tickets and skiing opportunities at two of the country’s top resorts,” said Michael Martelon, President & CEO of the Telluride Tourism Board. “It’s unheard of to have this kind of option, and we’re excited to be able to offer it.”

This winter, Allegiant is offering fares from Phoenix starting as low as $46.99 one-way ($93.98 round-trip)*. Flights from Oakland start at $49.99 one-way ($99.98 round-trip)*. The flights into MTJ began December 15 and conclude April 3. Two-for-one tickets must be purchased on or before January 31, 2013 for travel by April 3, 2013. This offer is based upon availability. For a complete flight schedule, visit www.allegiantair.com.

With the collaboration of Telluride Ski Resort and Crested Butte Mountain Resort launching the Ultimate 6 Pass, a 6-day pass that is good for 3 days of skiing and riding at each resort, guests can now use the centrally located airport for their travel arrangements and have the opportunity to ski both areas in one vacation. The T-CB Ultimate 6 Pass is available at Liftopia.com at the unbeatable rate of $439 through January 31.