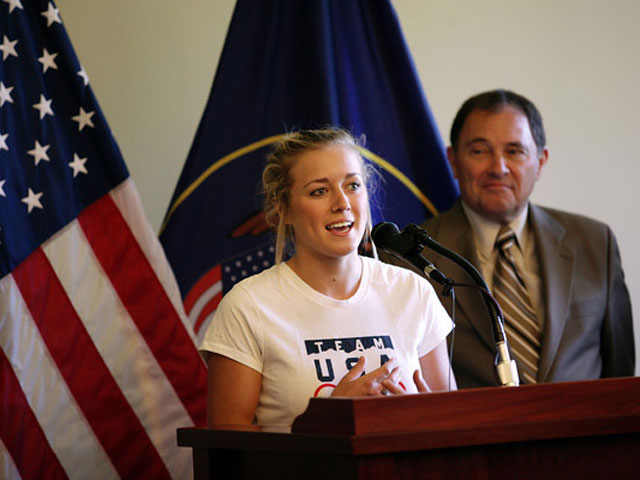 Salt Lake City, Utah – Utah will remain one of the nation’s leading states for winter action sports with today's announcement of five major on-snow events leading up to the 2014 Olympic Winter Games in Sochi, Russia. The events will have a mix of sanctions at the highest levels of the sport including FIS World Cup, Association of Freeskiing Professionals (AFP) Platinum level and TTR World Snowboard Tour Five Star level.

Canyons Resort, Deer Valley Resort and Park City Mountain Resort will host events in freestyle skiing, freeskiing and snowboarding during both the 2012-2013 and 2013-2014 competition seasons. The series will culminate with the announcement of the first ever Olympic Freeskiing Team in January, 2014.

"Utah’s resorts have become a hub for action sports, providing both a great atmosphere for Olympic level competitive events as well as a productive environment for long term athlete training. More and more of America’s top winter sports athletes are making our Utah-based Center of Excellence their training base. We’re proud to bring our Visa Freestyle International World Cup and Sprint U.S. Grand Prix events to our home state," says Bill Marolt, President and CEO of the U.S. Ski and Snowboard Association.

Economic impact of the events is estimated at $15 million with media value of $5 million. Global TV and digital broadcasts of the events will include NBC, NBC Sports, Universal Sports and others, with a mix of live, taped and streaming coverage.

"Eight years ago I moved to Utah with the dream that I would one day be able to compete in the Olympics for my sport of halfpipe skiing - now that dream is becoming reality. The Olympic culture in Utah truly breeds success and serves as a constant inspiration for me to continue working hard. Winning a World Championship silver medal at Park City in 2011 was one step closer to fulfilling that dream. I look forward to having more events at home to prepare me for the big show in 2014," says Jen Hudak, three-time X Games champion from of Hamden, Connnecticut.

Click Here To Visit The U.S. Ski And Snowboard Association