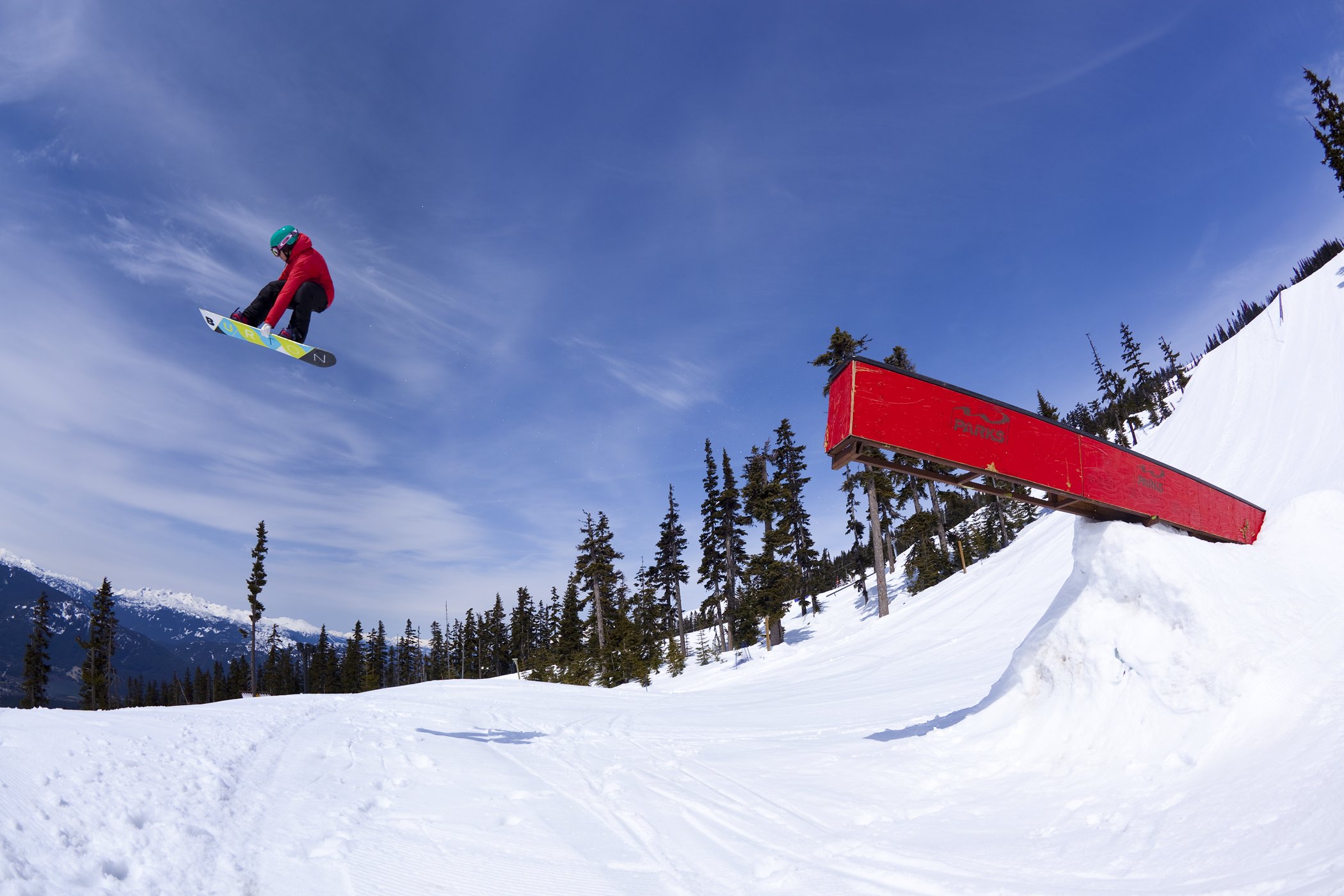 A ski resort adding a winch cat isn’t typically big news, however when said machine is used in the terrain park, steep landings will surely follow. The old saying is if you build it they will come is true in Whistler Blackomb, the resort is once again leading the charge in freestyle park progression by adding to the 99 acre Nintendo Terrain Park.

The Whistler Blackcomb Nintendo Terrain Parks span 99 acres and are home to a 22 foot superpipe maintained by a Global Pipe Cutter, a snowcross track, and more than 150 features. This year Whistler Blackcomb is excited to announce some major changes to the parks including an overhaul of the Nintendo Highest Level Terrain Park on Blackcomb, a park specific winch cat and many more new park features.

“The park is the best it's ever been and the big jump line has really been stepped up,” says TJ Schiller, professional skier and X Games gold medalist. “The jumps are perfectly shaped with longer, steeper landings. It's really helped me get ready for my long season.”

Also new for the 2012-2013 season is an upgraded park specific winch cat. The upgraded winch cat allows the parks crew to groom and manicure steeper landings.

Whistler Blackcomb and the Nintendo Terrain Parks will host a number of freestyle events throughout the year including the upcoming North Face Park and Pipe Open Series which takes place January 14-17. The North Face Park and Pipe Open Series will feature some of the world’s best freestyle skiers as they compete for a place in the upcoming Winter X-Games in Aspen, Colorado. The Nintendo Terrain Parks will also host the King of the Rail competition presented by Showcase four times during the year and the Park Rider Ski and Snowboard event five times during the year.

Guests looking for discounted lift tickets to the No. 1 Mountain Resort in North America can visit liftopia.com