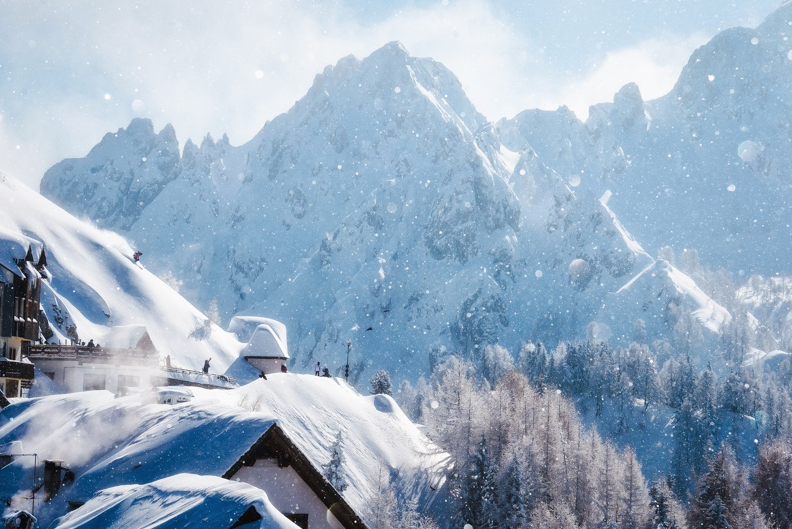 The 2018 Photo of the Year featuring Elyse Saugstad in all its glory. Nic Alegre Photo.

Simply snagging a Photo of the Year nomination at the Powder awards is a dream for many ski photographers. For Nic Alegre, our lead photographer, his incredible work behind the lens landed him two nominations for Powder Magazine's annual award. He, Elyse Saugstad, and Griffin Post were nominated for the images they captured from our Slovenia segment in Far Out presented by REI.

Both photos came out of the most serendipitous circumstances. Our crew stumbled across a village on the border of Tarvisio, Italy completely by accident. The intent was to film the segment completely in a different Julian Alps zone, but conditions had them hunting for powder. Thinking on their feet, the production crew instead drove 45 minutes across the border to explore Monte Lussari and found no shortage of snow in the fairytale hamlet. 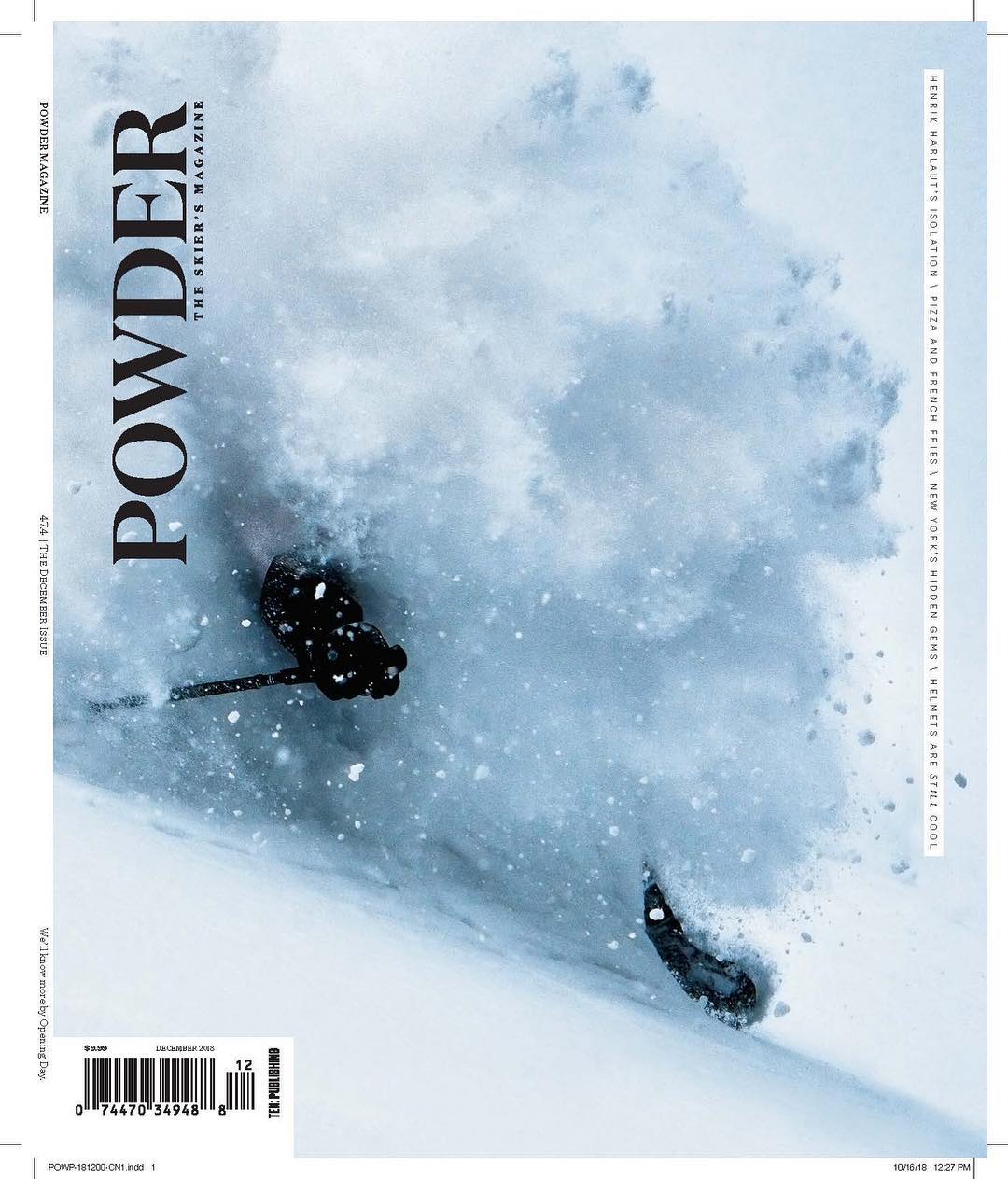 Griffin Post....we think...charging through the copious amounts of snow we found while filming for Far Out. Nic Alegre Photo.

The two shots, which highlight Alegre’s range of abilities, couldn’t be any more different from each other. Post is framed tightly and enveloped in a sea of snow, so much that it’s almost impossible to see him. “Griffin’s shot is interesting because I normally shoot with more of a focus on the landscape,” says Alegre. “He’s just so pitted though, which really speaks to the snow that we found on the trip.”

With Saugstad’s shot, the perspective is dramatically pulled back. Alegre has her framed perfectly amongst the jagged Julian Alps, the Tarvisio architecture, and glittering snowflakes as she carves a fresh turn in the otherworldly scene. Saugstad had actually originally scoped the shot, and when Alegre got in position to capture it, he had about ten minutes before the lighting had completely shifted.

The judges certainly had their hands full choosing between Alegre’s two, and images from Jeff Robertson, Mich Evangelista, and Bruno Long. Ultimately Alegre and Saugstad were crowned victorious. Even David Reddick, Powder’s photo editor, described it at the awards as “one of the finest ski photos he’s ever seen.”

Alegre is no stranger to Powder’s prestigious recognition or having his work displayed in the magazine itself. Two years ago, his photo of Colter Hinchcliffe and Tim Durtschi skiing in the La Sal range outside of Moab was nominated. Additionally, this year alone he’s obtained two cover images. Twice is nice it seems. 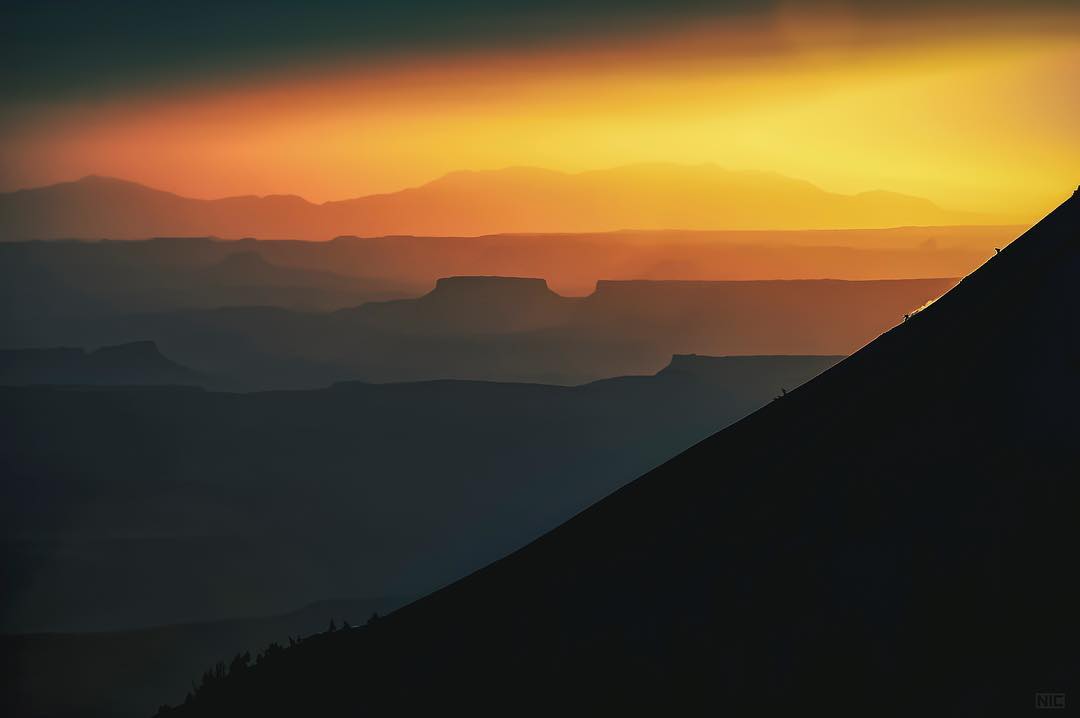 Colter Hinchcliffe and Tim Durtschi are framed in the lingering golden hour of the Southern Utah desert. Nic Alegre Photo.

Photographers only get one frame to capture a moment and tell a story. In an environment that’s as dynamic as action sports, finding that single instance to hit the shutter is a complete game of strategy. Alegre has indeed mastered that skill while capturing some of the most memorable images from our segments. What’s even more remarkable about his winning image is that his LCD screen was broken when got the shot.

“Honestly not having an LCD screen helped pushed my work,” Alegre explained. “It kept me focused on being present in the scene and looking for the next shot.” It wasn’t until he was back in his hotel room reviewing the frames from the day that he could see the pivotal moment in its entirety. Moving forward, Alegre is still chomping on the bit to shoot as much as possible, but he’s more eager than ever for his images to stand apart from the rest. Alegre says:

My goal is that when people see my images they know they’re mine; I want to have a style that’s distinctive.