Nicholi Rogatkin is on Course for Triple Crown of Slopestyle

In the history of slopestyle mountain biking, no rider has ever claimed the elusive triple crown title, but that could change with Nicholi Rogatkin. 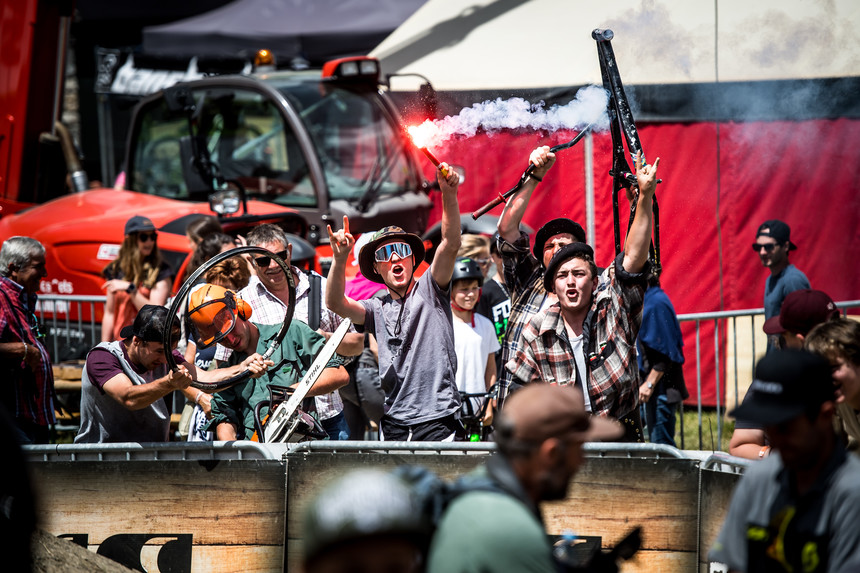 At Les Gets, the crowd turned up and loud and rowdy to witness another display of slopestyle's finest. Red Bull Content Pool.

On Sunday, he won the Les Gets slopestyle competition shortly after his big win in Innsbruck last week.

Amidst the deafening sound of cowbells, chainsaws, and hecklers Rogatkin was able to step up and stomp an impressive 94.5 run. The score landed him to the top of the podium and solidified him as the last rider left in contention for the triple crown. 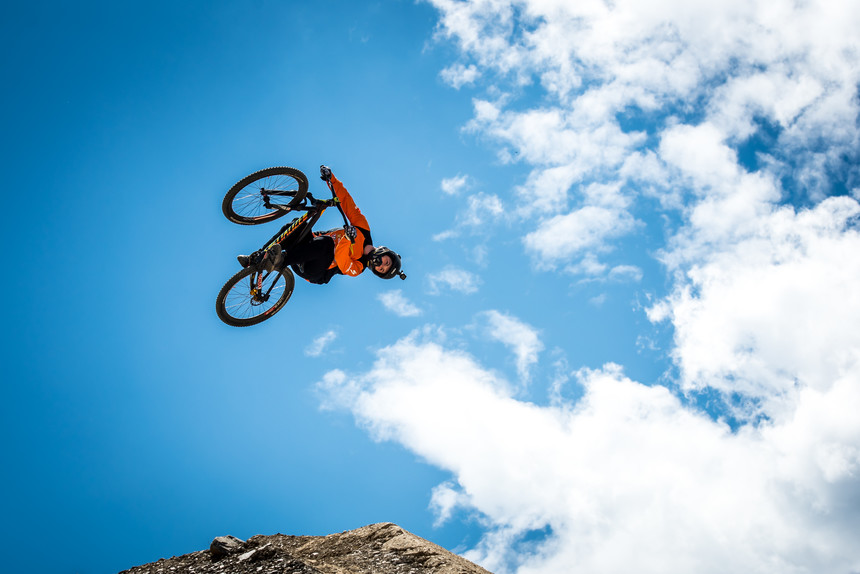 Rogatkin is an explosive rider. Drawing from his roots in BMX, he brings an unconventional approach to the slopestyle competition. Red Bull Content Pool.

“I didn’t think it was possible to be set up for the Triple Crown again, especially after how Rotorua went,” Rogatkin said in a press release. In March, Brett Rheeder was victorious, whereas Rogatkin finished 5th. 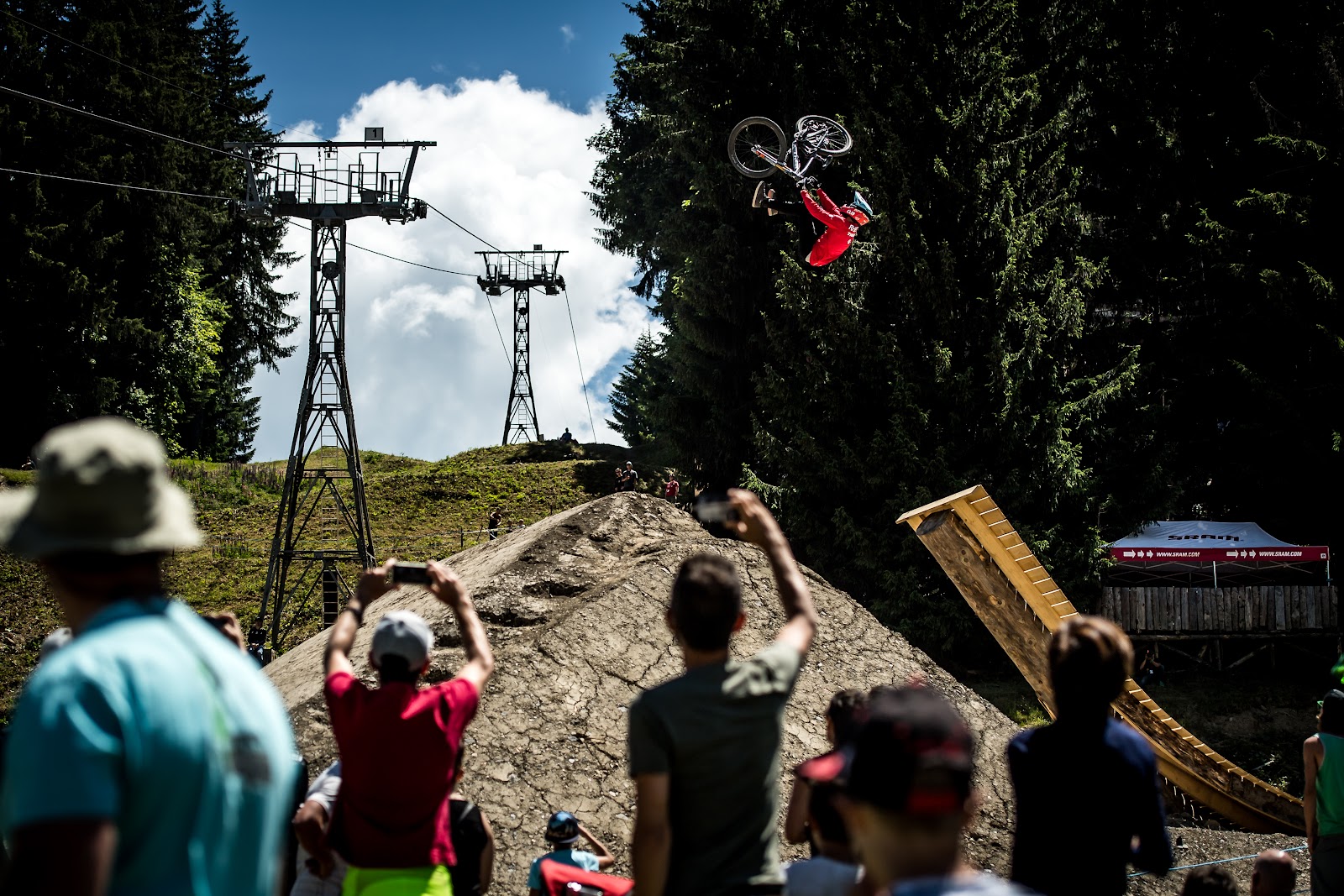 At Les Gets, the story played out much differently. Starting with a double backflip, Rogatkin packed his run with a solid line up of tricks. Rheeder wouldn’t let the win come easily though, nipping at his heels with a solid score of 92.

Now the rivalry between the two riders is stronger than ever, with Rheeder finishing in second behind Rogatkin for the second time in the row. The victory also boosted Rogatkin’s overall score to 2656, which could topple Rheeder’s 2800. 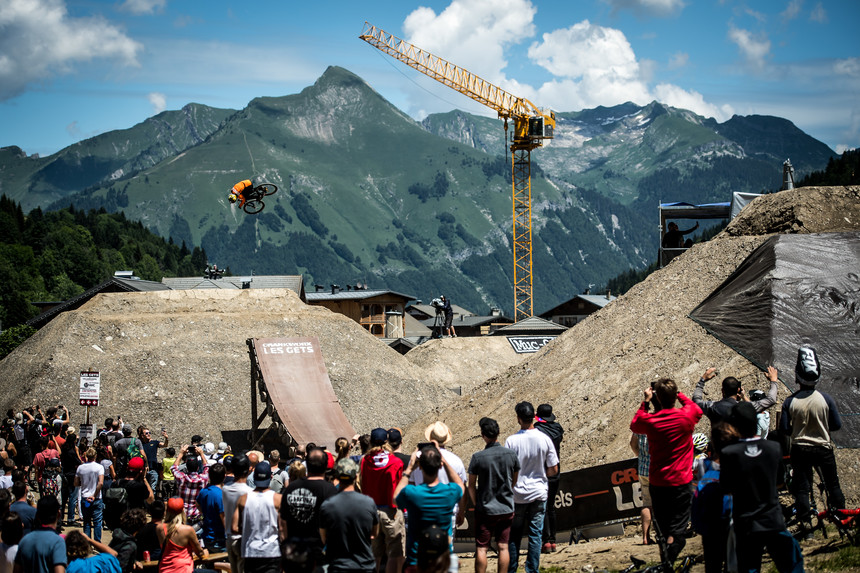 With Red Bull Joyride coming up in August, the question remains: Will Rogatkin be able to pull through to win the hard sought triple crown title?

Now all eyes will be directed towards the grand finale: Red Bull Joyride at the Whistler bike park. Will the triple crown finally be claimed—or will Rheeder prove to be a thorn in Rogatkins side? Could there be an unexpected upset? For now, we’ll have sit and wait until August.