The first leg of the Nitro Circus Live tour has come to an end and I can easily say it was one of the most amazing experiences of my life. 11 sold out shows in 5 cities including Brisbane, Sydney, Perth, Adelaide, and Melbourne. The roster was intense with the likes of Chad Kagy, Blake Bilko, Jake Brown, Cam Sinclair, Travis Pastrana just to name a few. In front of an average of 15,000 screaming fans a night, we put on a jam-packed action sports show along with off the wall and unpredictable Nitro style stunts.

Every night was spectacular with riders laying it on the line making X games look like a second rate event. Some of the standouts were Cam Sinclair sticking a double back every night, a new guy Clinton Moore sticking a body varial every night, Chad Kagy’s huge 75 foot transfer from the mega ramp to the FMX landing, Wheelz (a kid in a wheel chair) sticking a back flip on the mega ramp, Andy Buckworth sticking the double front on a BMX night after night…I could be here all day but take my word it was an intense show!

The crew was tough and everyone’s competitive nature pushed through concussions, broken bones, blown out shoulders and knees. Almost no one missed a single show.

As a skier and BASE jumper I was way out of my element hitting a mega ramp with BMX bikes, big wheels and roller skis. I was forced to step far outside my comfort zone to keep up. I love the adrenaline and “risk versus reward” type stuff. My skills improved immensely and I was having the time of my life figuring it out.

One of my favorite aspects was the comradery of all the athletes. I had to laugh when I would see pro skater Jake Brown, hanging with a roller bladder, a razor scooter guy and a pogo stick guy. Something you just wouldn’t think to happen.

We got to see some of the country packed in a 12-passenger van driven buy a guy named Gator. Probably the most fun road trip of my life with constant mayhem, random dance parties on the side of the road, and non-stop humor. We raced camels, V8 super cars, tow-in surfed with Tom Carrol, jet boated, skydived, and hung with locals in the cities and the outback.

The Live show is just getting under way so keep your eyes out and it will probably be headed to a city near you! Check out the highlights below… 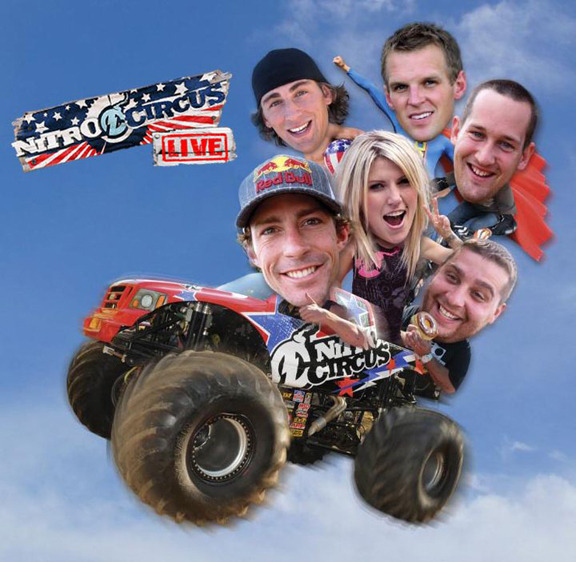 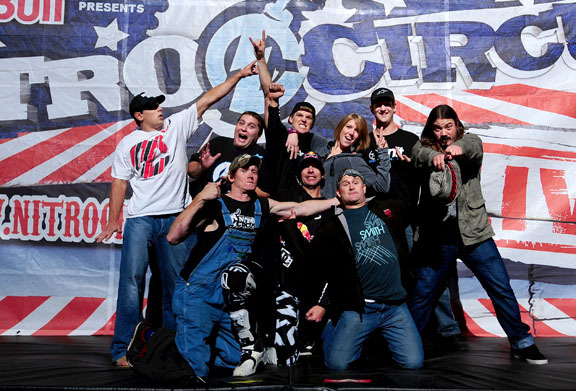 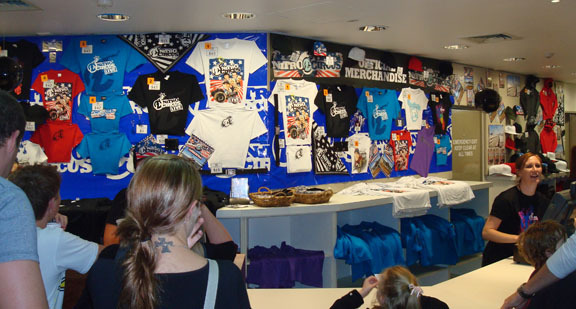 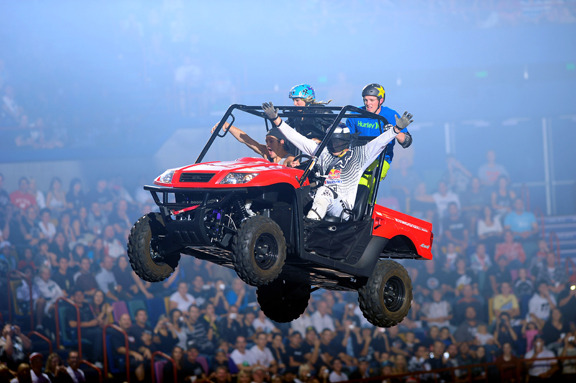 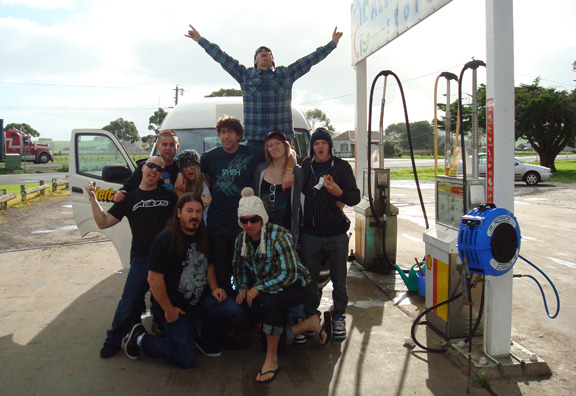 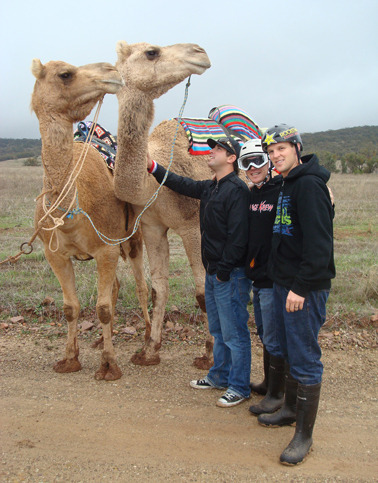 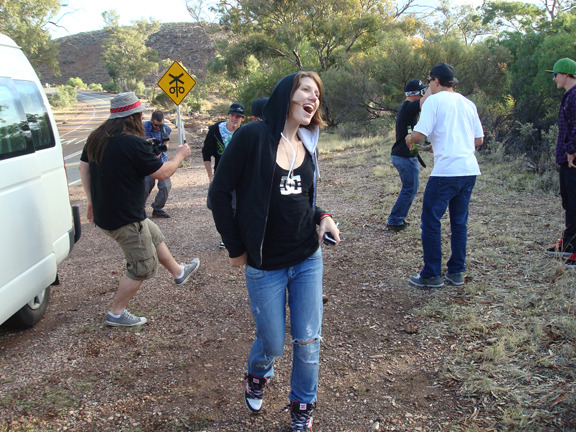 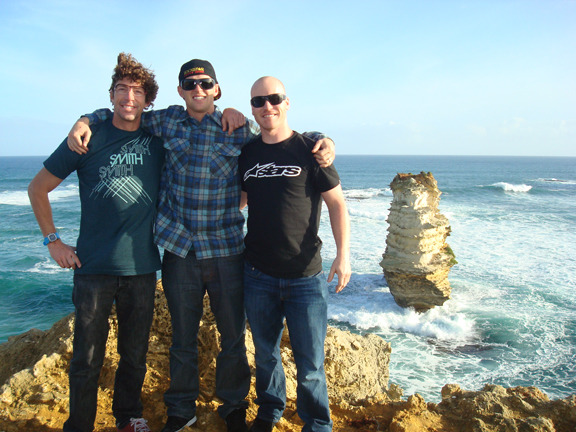 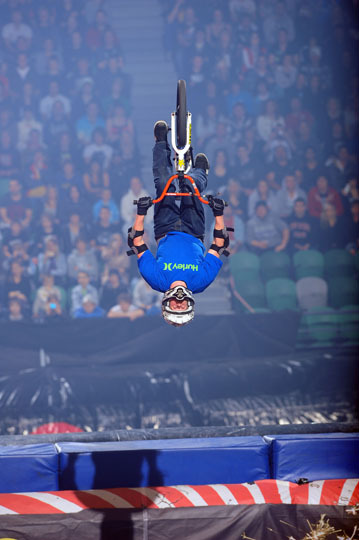 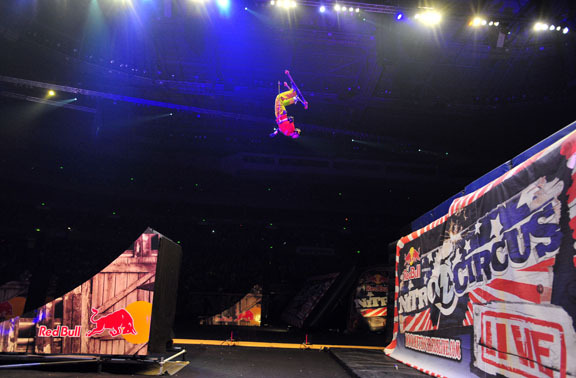 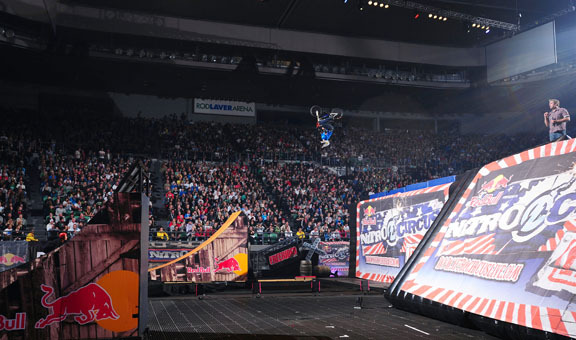 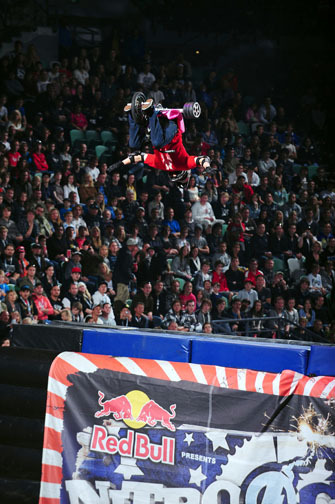