Off The Streets And Onto The Waves: The Valpo Surf Project

If you’re an underprivileged kid living in the inner city of Valparaíso, Chile, chances are you haven’t gone surfing. Despite world class waves up and down the Pacific Coast of South America, the surfers are usually either a) foreigners or b) from the higher socioeconomic classes. The Valpo Surf Project aims to change that, while providing kids with strong relationships and a community to keep them off the streets.

“Many of our kids have never been to the beach, don’t know how to swim and are terrified at the prospect of going into the water. After a year of being in The Valpo Surf Project, they’re like little fish,” said Jon Steuber, one of four founders.

Jon and his friend Wiley Todd first noticed this disparity while on a long surf trip from central Chile up to Ecuador during the summer of 2007. Both students at Bates College at the time, Wiley studied abroad in Valparaíso while Jon studied in Buenos Ares, Argentina. 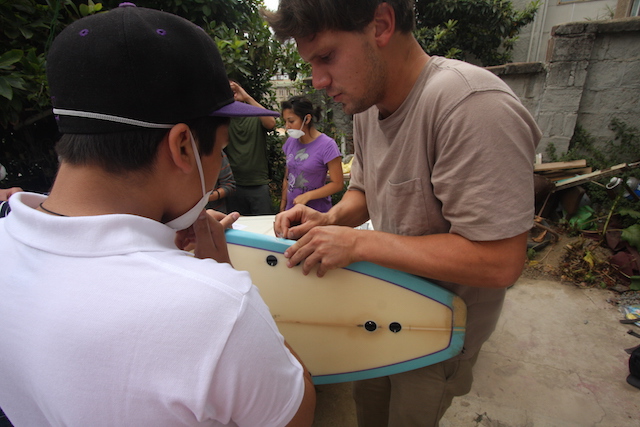 “At the end of our two semesters, we met up with a surfboard and a backpack and made our way up the coast,” Jon said. “One of the common things we saw throughout the experience was that most of the people who were surfing the water with us were foreigners, like ourselves, or from the top economic strata. These little towns all up and down the coast have these phenomenal waves, all these great resources for kids, yet they weren’t being used.”

After graduating, the pair moved back to Chile, worked any odd job they could find, then started VSP with another American friend, Henry Myer, and Chilean local Andrés Ponce. Who would’ve thought they’d go from surf bums to running an international nonprofit?

“When we ended up in Valparaíso after college, we saw a lot of juvenile delinquency, crime, violence, drugs… there were so many negative influences surrounding these kids that live in the city,” Wiley said. “It started very simply: take at-risk kids surfing for the sport to serve as a positive influence in their lives.” 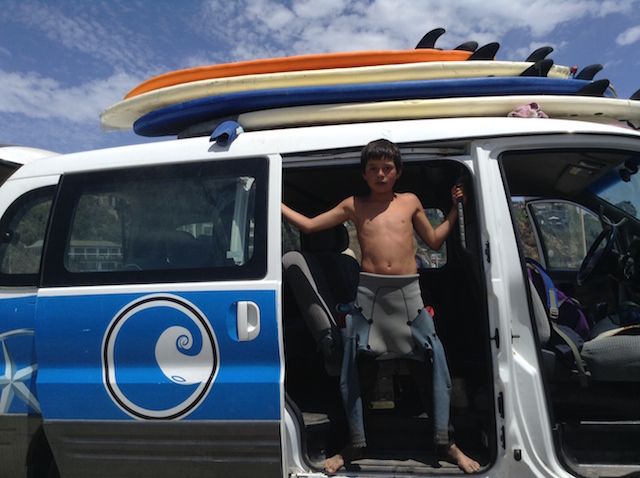 Look at that athletic stance! Such a little champ. Valpo Surf Project photo.

Kids ages 8-18 can participate in VSP, and the program now has about 125 active students operating in 5 different centers. What makes the program unique? The one on one relationships.

“It’s not a numbers game,” Jon said. “It’s not pushing 200 kids through our doors and into the water every day. Each kid spends an average of 30 hours a month with us. We see them every week, we pay attention to what is going on in their lives and we try to offer help and services in any way we can.”

Every kid is unique. There’s a huge variety in their life stories and their athletic abilities, which range from kids getting up in the first 30 minutes, to someone who needs coaxing to just get in the water and start with basic swim lessons. 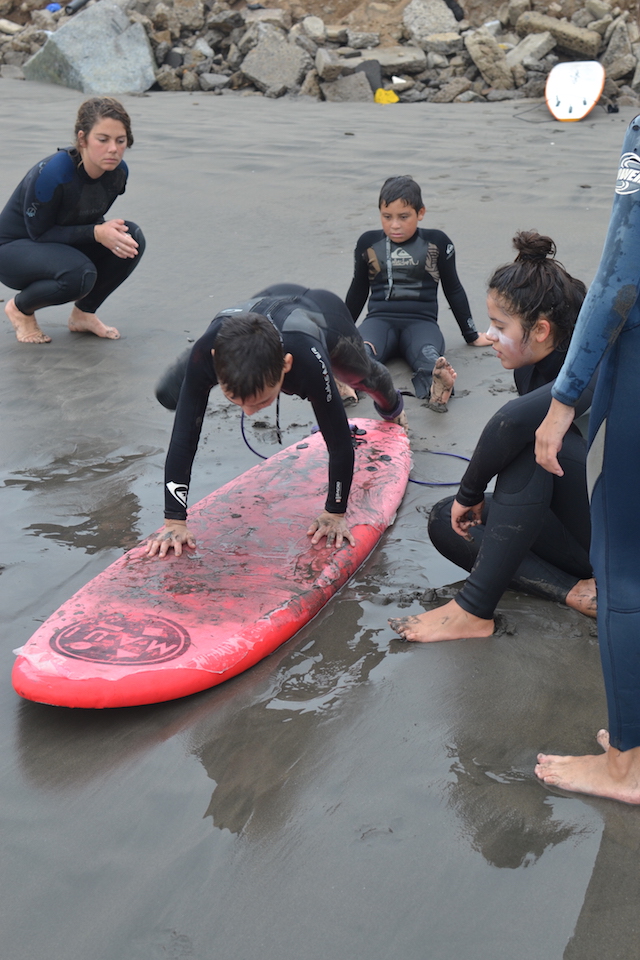 Starting from the ground up. Valpo Surf Project photo.

“They’re all from similar neighborhoods, but some have incredibly tough home lives where one or both parents are absent or there is a negative influence of drugs or violence inside the home,” Jon said. “Others have really supportive parents, but they’re growing up in difficult neighborhoods. Others have been arrested or forcibly removed from their houses for their own protection. You name it, we’ve seen it.”

It can get intense, to say the least. “Two of our kids were victims of a really violent crime,” Wiley said. “Two armed men broke in and one kid had the barrel of a gun down his throat for fifteen minutes.”

Thankfully, VSP was able to not only get them paired with social workers and a psychiatrist, but offer another kind of therapy: waves. 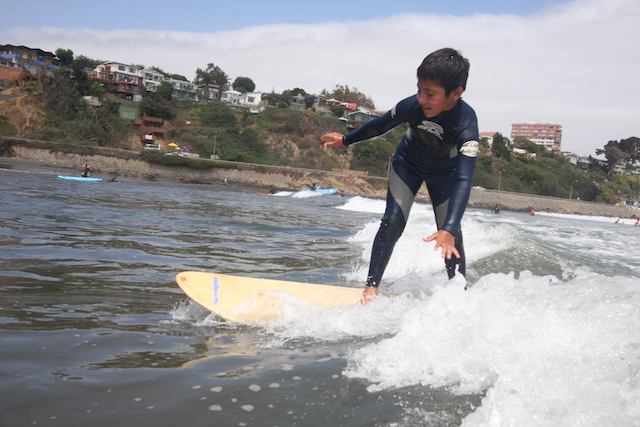 “Surfing plays such a huge role,” Jon said. “It’s this strangely addicting sensation. There’s nothing like it. A lot of people will say only a surfer knows the feeling, and that’s something I think all of our kids would say now.”

RELATED: Living To Work And Working To Live On Hawaii's North Shore

VSP is now much more than just surfing, in part thanks to the suggestion of local founder Andrés. Wiley explains. “Parents and teachers aren’t going to just let their kids go surfing. They have to see something else besides the intrinsic values of surfing and what it can do for you, they need something much more tangible.” 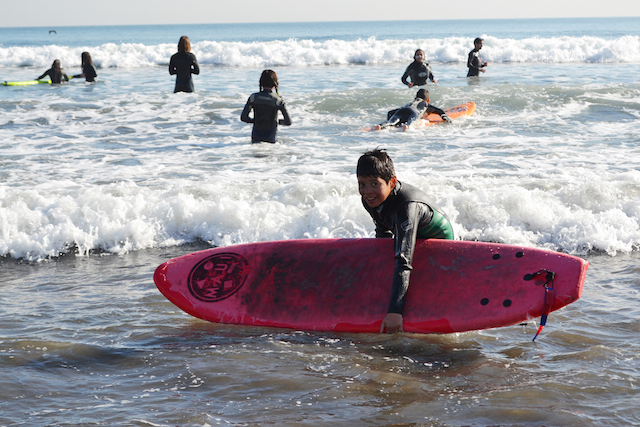 Waves are great, but so are friends and the community that VSP provides for their students. Spending time with peers in a safe setting is a great way to promote long-term change and give kids stability. Valpo Surf Project photo.

Today, VSP has two other components: English and career mentorship, along with the integration of environmental stewardship.

“English language in Chile is a great leg up for kids to get into college and find employment, but it's more than just encouraging academic excellence in our kids,” Wiley said. “We do one on one tutoring and college and career prep, too. English is the staple all of that revolves around.”

Sessions like these take place in VSP’s partner institutions, such as community centers, schools, and even a juvenile detention center. 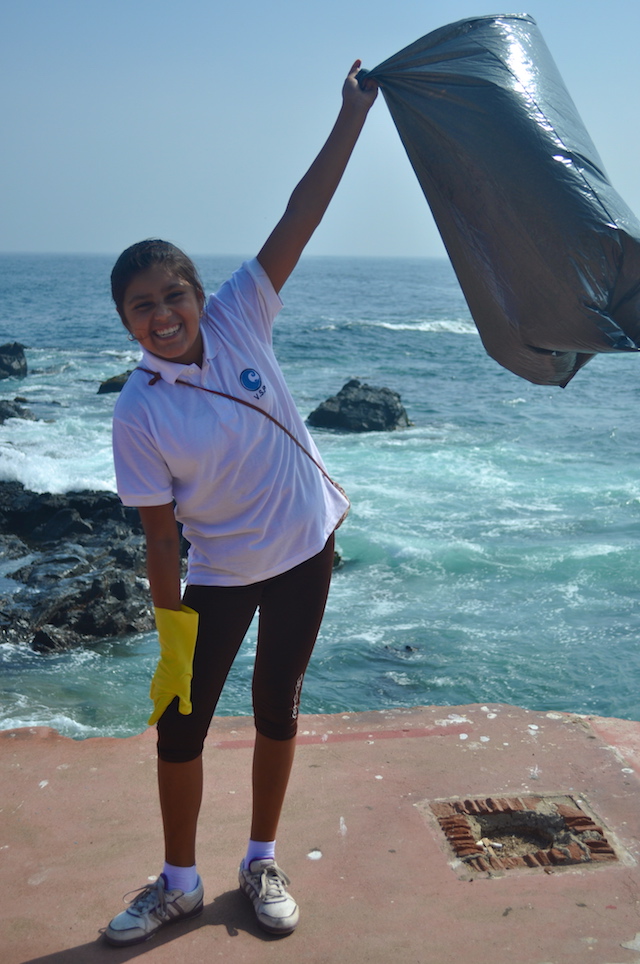 Growing up with environmentally conscious backgrounds, the founders also knew they wanted to encourage stewardship in Chile and make it a core value. “Environmental stewardship goes hand in hand with surfing from the get go,” Jon said. “Surfing transforms the ocean into your basketball court, your soccer field, you name it–we want to teach natural values to younger kids to take care of it, preserve it and protect it.”

Now that the program is in its sixth year, kids who’ve graduated from the program are starting to come back as volunteers and mentors. Jon, Wiley and the rest of the VSP team are super proud of how their kids’ lives are changing after the program. Some of the older students are the first members in their families to go on to college and are studying subjects like law, medicine and engineering.

“Their lives were changed by the program, and they want to do the same for other kids coming up,” Wiley said. “That’s a really powerful thing to see. It feels really good for us. We want to give these kids the tools to better their lives, and it’s really cool to see them in a position where they’re thinking of others and not just themselves. We’re looking forward to seeing more of that ripple effect.” 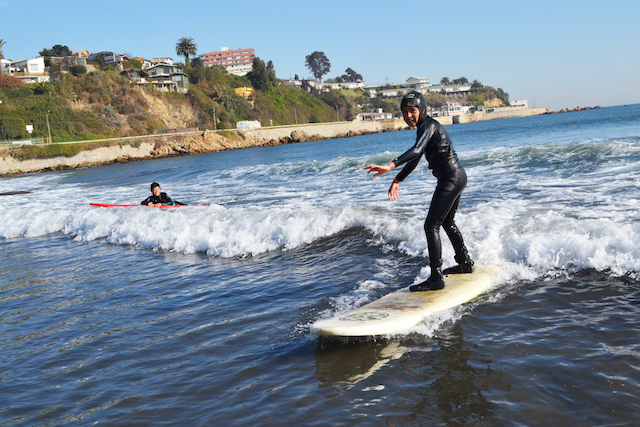 The ripple effect is thanks to the strong mentorship and peer relationship aspects of VSP. “Even when we’re at the beach, it’s not surf, surf, surf. We started this wanting to find the next Kelly Slater (seriously), but we realized that wasn’t the important thing happening. The connection, the presence- that was really sparking the change in the kids. Surfing was just the vehicle to get to that end goal.”

RELATED: Surfing In Iran: A Story That Could Change Womens' Worlds

If you’re interested in getting involved with VSP, donations are greatly appreciated. They run a pretty tight ship, so you don’t have to worry about your contribution being wasted.

“We worked odd jobs, went into personal debt, ran a shoestring budget and took turns coming back to the states to make it work,” said Wiley. If you’re even more stoked and want to take your involvement a step further, look into their internship program. You can help execute English classes, run programming, and teach kids how to surf while volunteering a year of service to the organization. 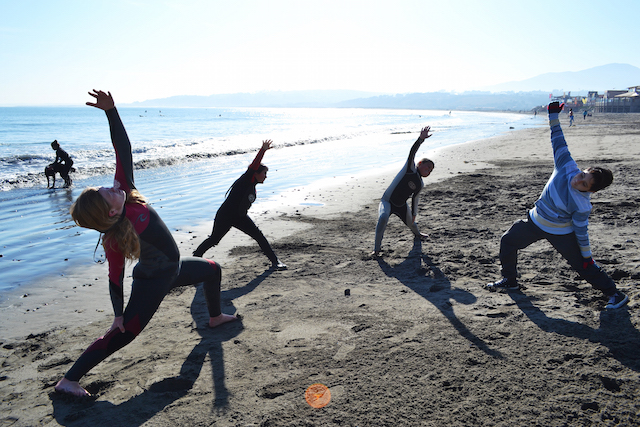 An intern leads kids in a pre-surf yoga sesh on the beach. Not a bad gig! Valpo Surf Project photo.

VSP is proof of the power of nature and the strong communities outdoor enthusiasts form. Amazing things are happening in Valparaíso, and not just for the kids in the program. The students constantly impress Jon, Wiley and the rest of the VSP team. “To see the resilience of the human spirit and to see the capacity to overcome that’s within each person, regardless of their situation, is truly amazing,” Wiley said.

“I used to get that shower in the morning without hot water, and I’d freak out and get pouty. But now, it seems like a lot less of an issue. I’ve become much more of an optimistic person.”