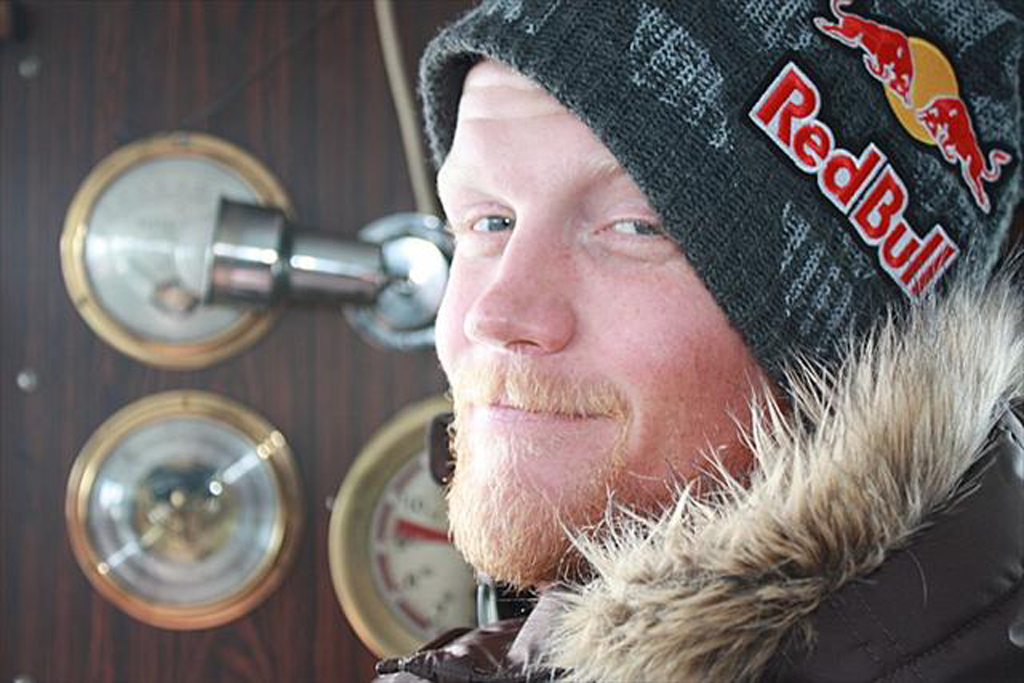 While shooting for TGR’s 2009 feature film Re:Session at Steven’s Pass in Washington, Tanner Hall overshot a giant gap jump and broke both of his tibia plateaus, tore both ACLs, and wrecked all the lateral cartilage in his right knee. In order to recover, Tanner had to have microfracture surgery — a technique that helps you heal by actually injuring you more. The procedure involves fracturing the knee-joint bones, which causes new cartilage to develop from a “super-clot.”

“That’s pretty much the worst situation you could ever have,” Tanner said. “An ACL surgery is very easy compared to a microfracture. A microfracture takes up to three years for it to heal and I’m going on two and a half years right now.”

This Almost Live episode features the Steven's Pass gap jump that Tanner Hall wrecked on in 2009.

Recently, on Dec. 26, 2011, a video showing Tanner murdering the Park City halfpipe was posted to YouTube. The 28-second clip set to banging reggae music (complete with gun claps) has a feeling of immediacy. It's loud, it's fast, it's 100 percent Tanner Hall. Watch the clip below.

TGR caught up with Tanner back in October to talk about reggae music, but ended up also talking a lot about his recovery and the Olympics. The recent release of his halfpipe video proves that Tanner is a man of his word — what he said back in October is exactly what he’s doing now. Watch out, Tanner’s back in the pipe and he’s got Olympic dreams.

As he says, “I’m starting to feel really fucking good.”

In Part 1 of this interview, Tanner Hall talks about halfpipe and slopestyle skiing and the 2014 Olympics in Sochi, Russia. In Part 2, to be posted one week from now, Tanner discusses his passion for reggae music and his Inspired Music record label.

Tanner Hall: I’m pretty much back to 100 percent, almost even past that. Just been working as hard as I ever have. I haven’t had a sip of alcohol since November (2010) I haven’t had any tobacco. I only burn one doobie a day, right before I climb into bed. So I’m pretty much completely sober and just fucking working my ass off eight hours a day whether it’s on the trampoline, on my bike, on the weights, or running. I’ve just brought it to the next level where I needed to go and I’m ready for world domination.

That’s good to hear. Will you be competing this year? Or filming?

TH: I’m gonna be skiing pipe pretty much all winter. Just getting my run down, training underground, learning all my shit with nobody around. And then I’m going to come out to New Zealand in about a year from now and do the New Zealand Open and the New Zealand Winter Games and just drop the bomb on the world and start the qualification process for the Olympics.

TH: Yeah man. I mean, if it happens it happens, if it doesn’t it doesn’t. But I wake up everyday and, you know, I put all my positive thinking, all my positive thoughts toward it. I have CR [Johnson] walking with me everyday and I’m just taking my training and all my trampoline tricks to the next level so when I get back in the pipe it’s fucking go time. You know what I mean?

TGR: What do you think the Olympic qualification process is going to be like? The FIS will control it, right?

TH: Yeah man. I look at it two ways: It can either hurt our sport a lot or it can help it out a lot. You know what I mean? I just want to do everything I can to get in there and represent our sport right in a nice, stylie way. And hopefully we have myself from the US, we have Phil Casabon from Canada and a handful of other guys that are really going to push the good style and put skiing on that righteous platform instead of us looking like a bunch of robots and just turning into ski racing, you know?

Phil Casabon at the X Games.

TGR: What will be the Olympic qualifying events?

TH: It’s going to be through the Grand Prix. Dew Tour is trying to become an Olympic qualifier. But, you know, it’s kind of weird FIS accepted Halfpipe and Slopestyle in to the Olympics and they didn’t even have a qualifying criteria set. It’s a pretty interesting time all around in the halfpipe and slopestyle skiing world. Everybody is trying to figure out how to train. What works for them, what doesn’t. FIS is trying to come up with a criteria that qualifies people. It’s pretty crazy to me they accepted it and didn’t have something set up that qualifies people.

Slopestyle and halfpipe — it’s what people want to see. There’s not too many young, young, young kids that are growing up that want to be the next Bode Miller. Granted, I have more respect for Bode than ever — the guy is one of the gnarliest fucking skiers in the world. But, it’s just how the times are changing. It’s the natural evolution of our sport. Every kid wants to be the next Simon Dumont, or Tanner Hall, or Jon Olson, or Bobby Brown. Kids really want to be in the air, have style and show skiing how they see it. They don’t want to have some ski race coach, or Nordic coach or some ski jump coach just beat a thing of perfection in to their heads. Freesking, halfpipe skiing, slopestyle sking — it’s free. You get to be your own individual and you get to do what you see. You know what I mean? You’re pretty much an art and your course is the canvas and it’s just, how are you going to paint your run on the way down? That’s why I believe halfpipe and slopestyle are going to be the big events in the upcoming Olympics.

TGR: Hopefully it will bring skiing to the forefront of people’s minds.

TH: Yeah man. Granted, it took skiing quite a long time to get there. But I mean, fuck man, it’s really starting to come to the forefront. I’ll never say anything bad about snowboarding — that’s where I get a lot of my inspiration from and some of my best friends in the world are snowboarders — but it’s pretty great to see skiing almost rise past the level of snowboarding in slopestyle events and it’s getting there in halfpipe now. It’s pretty interesting to see how far we’ve come in just a 10-year period of time. It’s pretty sick.