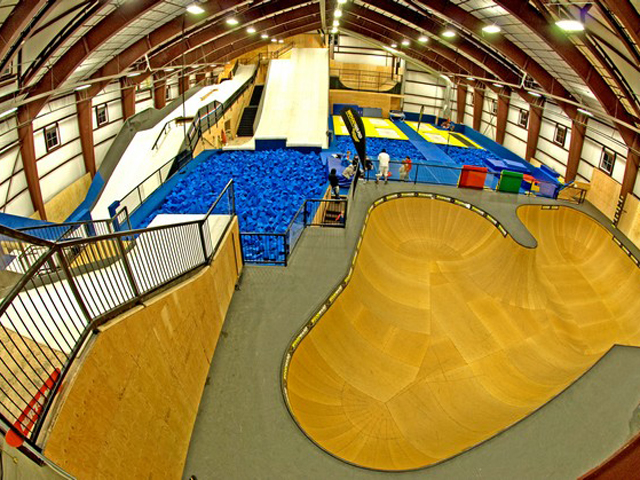 The Crested Butte training facility will be similar to the one at Woodward Copper, pictured above.

Ed Dujardin: What’s the plan for the facility? What features will you include?

Doug Hudson: The Crested Butte Air Port will be a 100' x 200' x 35’ building stacked with features for skiing, snowboarding, biking, and skateboarding all year round. We want to create a facility where people can practice and perfect their talents in all the action sports that our valley has to offer.

Facility features will include: 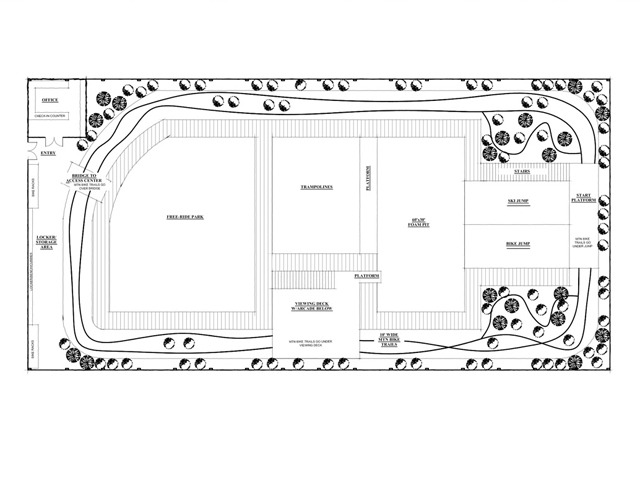 The plans pictured are not concrete. For example, there will be no platform between trampolines and the foam pit, thus increasing the size of the foam pit and allowing people to jump in from the trampolines. We are also looking at other ways to make the pit bigger.

The Crested Butte Air Port will be open seven days a week year-round, with hours to be determined. Rates are also undecided. However, we have decided on a deal for locals who want to commit themselves long-term. Basically, everyone who buys a season pass on opening day can buy a season pass for 1/2-price for the rest of their natural lives so long as they purchase a season pass every year. People will be able to purchase both seasonal passes and annual passes.

ED: How has the process been? Where has support come from?

DH: The process has been awesome so far. Support for the concept has come from everywhere. Obviously the most support has come from action sports athletes and their families. The CB South Property Owners Association has consistently expressed unanimous support for the project. There are multiple manufacturers that have expressed interest in exclusive sponsorship opportunities. The only obstacle we see on the horizon is securing the financing for the project.

Most of the kids that live in the north valley live in CB South.

Land values in CB South are something closer to reasonable.

CB South is at the foot of Cement Creek Canyon, which features some of the rowdiest terrain in the Gunnison Valley.

The commercial district in CB South needs a stimulus and this will be it.

As of now, the plan is to start construction as soon as the frost thaws this spring, with hopes of opening during the summer of 2013.

ED: Similar facilities have proven to be a huge success in progressing a multitude of sports. We look forward to seeing the impact this has on our region.