Kelly McGarry, 31, hails from Queenstown, New Zealand and has been a steady force in the freestyle mountain bike world for the past decade. Recently, McGarry has been making waves on the contest scene—and not just for his incredible skills as a rider. He's taken up a new craft and has kept busy designing, building and competing on world class slopestyle courses. We caught up with the Kiwi at the Colorado Freeride Festival in Winter Park, Colorado to talk about his newest venture and the challenges of being both a pro mountain biker and course builder.

Take it away Kelly! 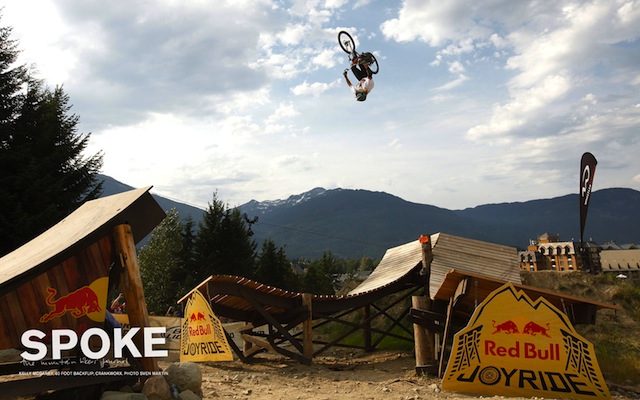 How did you get involved with mountain biking?

I started racing motocross and downhill in my hometown along with riding BMX. And I chose to specialize in mountain biking and used the skills from the other sports to help develop my mountain biking further.

What are your favorite types of mountain biking?

Big mountain for the workout and slopestyle for the fun.

How did you get involved with building slopestyle courses and what notable builds have you been a part of?

I'm a qualified carpenter, and grew up building dirt jumps and downhill tracks. It had always been a dream of mine to host my own slopestyle course. In 2012, my friend Tom Hey and I were able to design and build the Teva Slopestyle held within the Queenstown Bike Festival, which is now an annual event. After the 2013 Teva slopestyle event, myself and Tom were asked to design and build the slopestyle course for the Colorado Freeride Festival at Winter Park in Colorado. 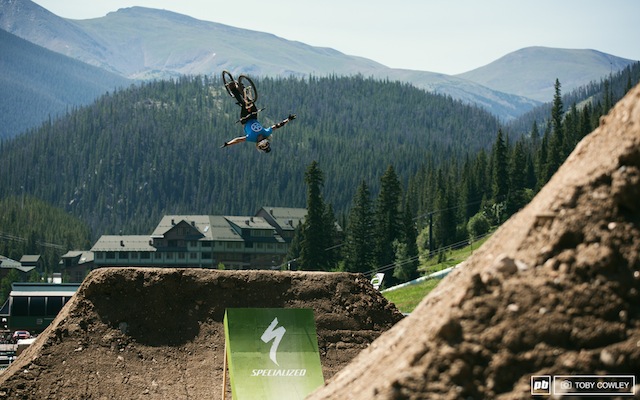 What went into building the slopestyle course for the Colorado Freeride Festival?

After Tom and I had worked out the design, we left New Zealand mid-May to begin the build. Due to other work commitments from the both of us, we had to split our time and Tom started with the dirt work while I was in Peru. Then I met him in Colorado to work together for a few days before he jetted off and I finished the wooden features. A couple of weeks before the event, we both returned to Winter Park and put the finishing touches on and tested the course to make sure the course flowed and linked up well.

How long did it take to build that course?

The actual course build took about three and a half weeks.

What were the biggest obstacles you faced building the course?

At the beginning there was still snow on the course, but the hardest part was getting the course dialed with usually only one of us there, and then having to communicate through Skype meetings in crazy time zones.

What was your favorite feature on the course and why?

The second feature, which was the quarterpipe to wall ride. We developed this type of feature in the Teva Slopestyle and it was epic to watch riders going crazy on it at the CFF in Colorado.

Who was your favorite rider to watch in the slopestyle finals at the CFF?

Swedish shredder Martin Soderstrom, who took out the top spot at the comp. He made use of the whole course, and did cool tricks on every feature. 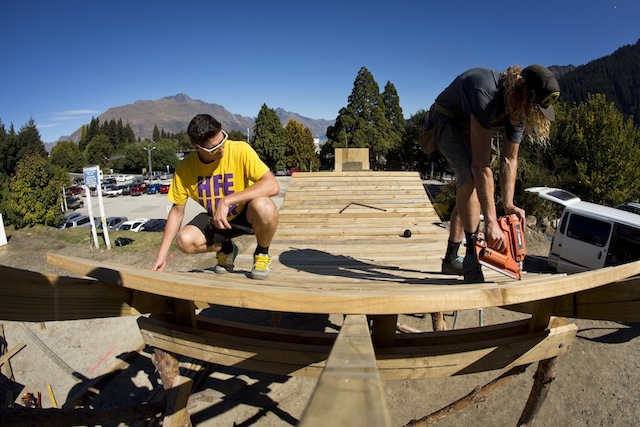 What was your favorite moment during the CFF?

Realizing that the competition and course was going to be a success, the weather was great, riders were stoked to ride the course and everyone had a wicked time.

What's next for you this season?

I am riding in the Red Bull Joyride competition in Whistler. It's the biggest slopestyle comp of the year and I'm pumped for it! After that it’s off to Utah for the Red Bull Rampage!

What's the next course you'll be working on?

At this stage the Teva Slopestyle in Queenstown, New Zealand, which will be in 2014. So I have some time off in between, which is great! 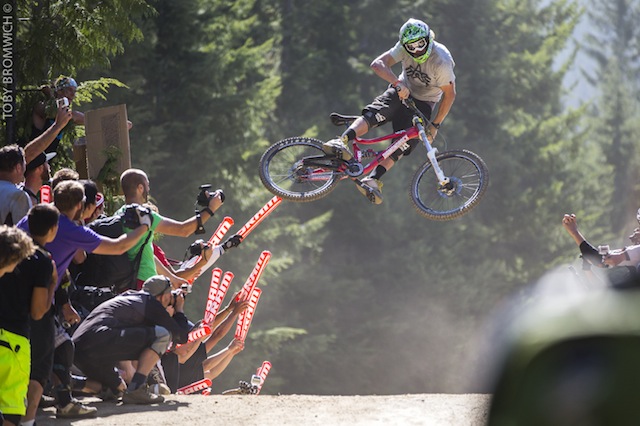 What's the best part of being a pro mountain biker? What would you consider to be the worst part of it?

The best part is getting to travel the world doing what you love to do and meeting up with so many great people along the way. The MTB community is full of awesome people and I am stoked to be a part of it.

The worst part is living out of a suitcase for six months, traveling on planes with bikes and hangovers!

What's the craziest thing you've ever stomped on a mountain bike?

A 40ft long frontflip at the XGames in Munich, Germany earlier this year was up there, check it out here.

What's the worst fall you've ever taken and what happened because of it?

I hit a tree at a large rate of knots when I was 18, I broke my femur—it was terrible!

If you weren't a pro rider, what would you be doing?

I think I would be chilling in New Zealand or Aussie, surfing and building houses. I probably will go back to doing that one day but right now I'm happy as ever! 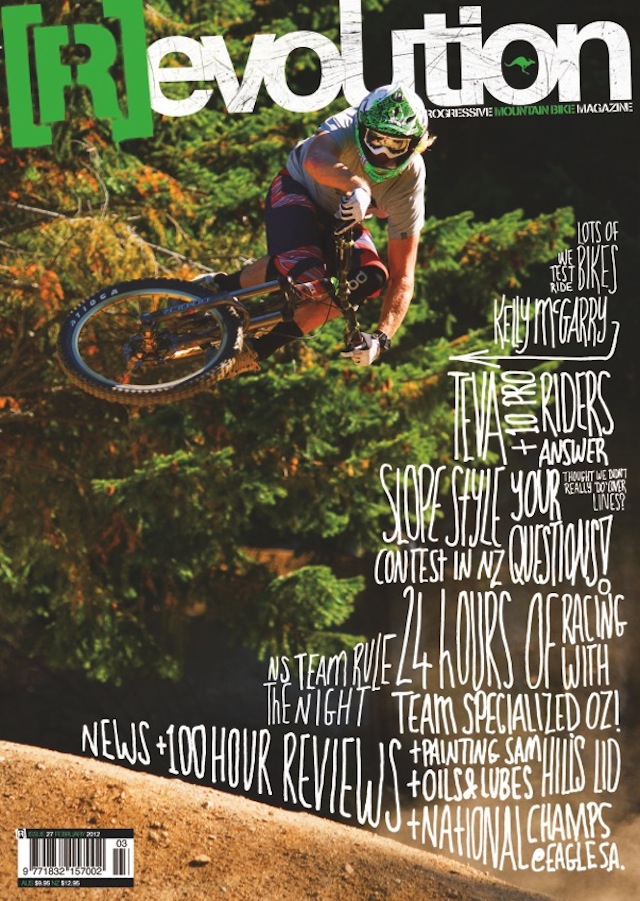 Who are your current sponsors?

Check out Kelly McGarry's personal blog here, and watch for him in the RedBull Rampage later this month.

All photos courtesy of Kelly McGarry