Every year since I can remember my father has been heading out to Jackson early in the season for race camp and this year I finally had the chance to join him. I grew up skiing in Jackson but never got the chance to race or get intensive lessons. All I could do was follow my dad and attack Jackson's awesome terrain as best I could. My dad has had a lot more experience racing, even competing in the Masters back in the day, plus a couple Town Downhills. I decided to try my luck against him while learning a few things along the way.

Turns out this annual race camp wasn't exactly what I thought. I envisioned a diverse group of people looking to refresh and refine their ski skills for the coming season. I joined my dad in the group he's been skiing with for almost 40 years. To my surprise a majority of the people there were three times my age and have been coming to Jackson for their entire life. I was psyched to meet these guys and hear their stories and adventures from their prime and see if they could still rip. Turns out they can! Our friend Bill talked about getting lowered into once is enough when he was 68, yes 68, forgetting to untie and starting down the steep ass run! He had a unpleasant jolt before being able to fully drop in but ended up having a great day. His stories were great and I love the camaraderie he and the Jackson Hole Air Force had. I look up to all of them so much. The oldest guy in my group was 78 and had awesome form. I'll admit it, he beat me in the gates. Besides the awesome group of people there for the camp I got to ski with the incredible talent that Jackson Provides. Andy Chambers was our coach for three days and is a former World Cup racer. We also had a day with Tommy Moe! Another World Cup Racer. 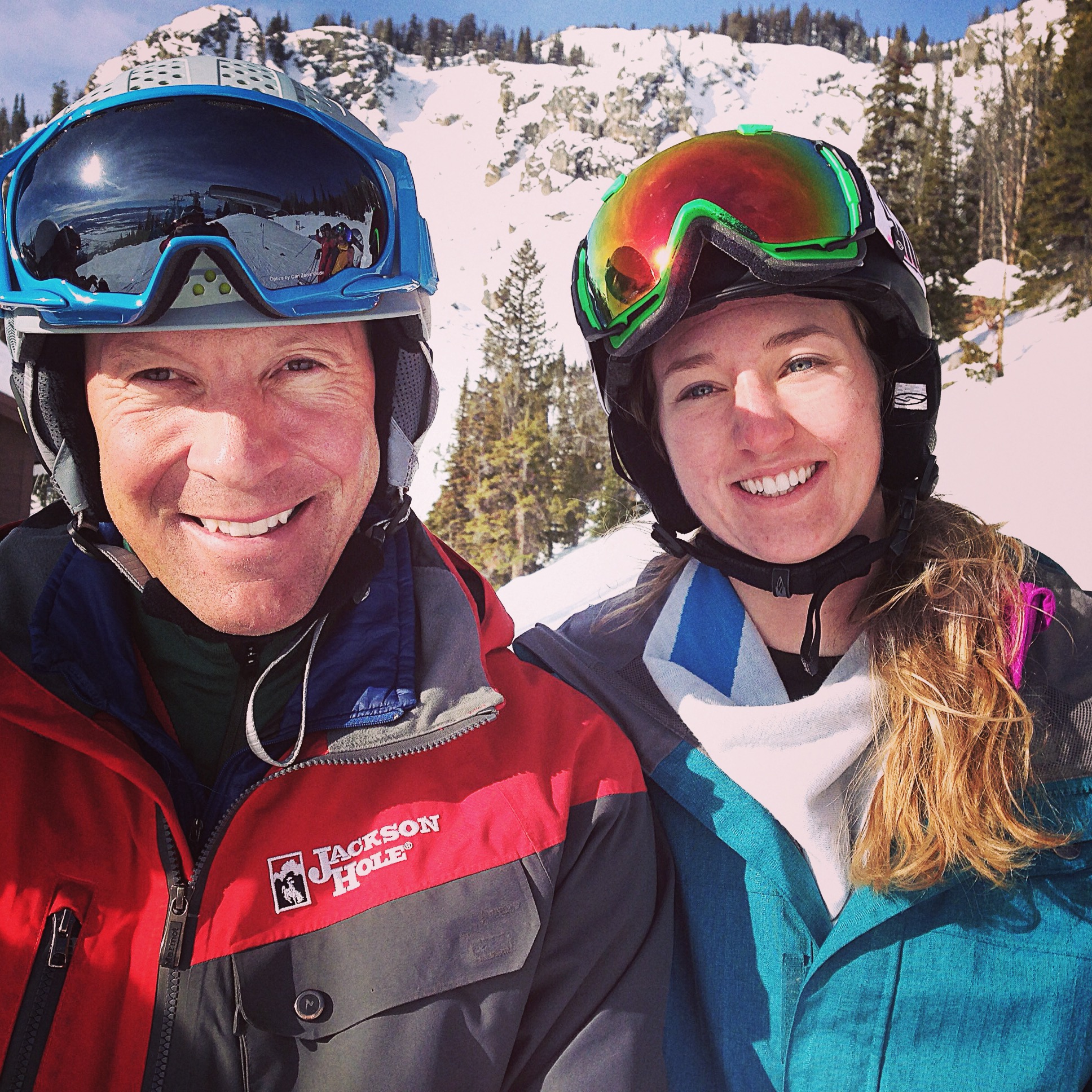 (Tommy Moe and I on a glorious bluebird day!)

Throughout the week they taught us how to refine our skills and how to apply racing form to free skiing. It was great to go back to the basics and think about your form and how to improve your skiing. From deep carves on the groomers to quick turns in the moguls, we had Jackson as our playground. Come race day I decided to join my dad in his typical onesie attire and try my hand in my first race ever. My dad ended up getting 3rd out of the guys and I got 5th out of the ladies, just behind my dads time. Overall it was an awesome experience and I can't wait to get back out to Jackson. Its a home away from home. : ) 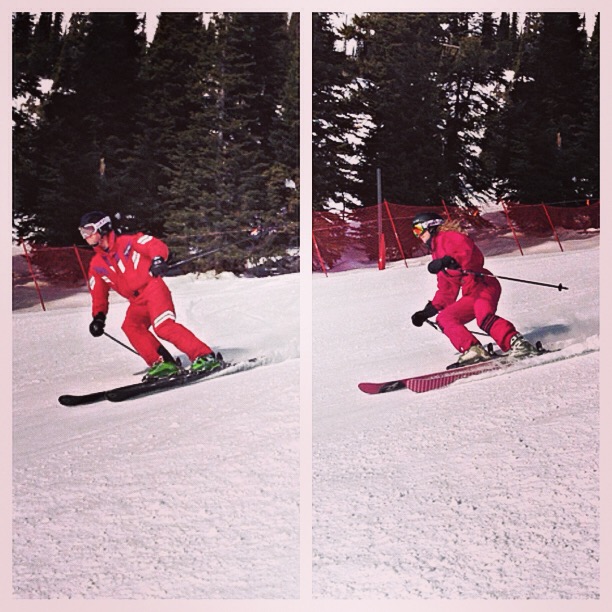