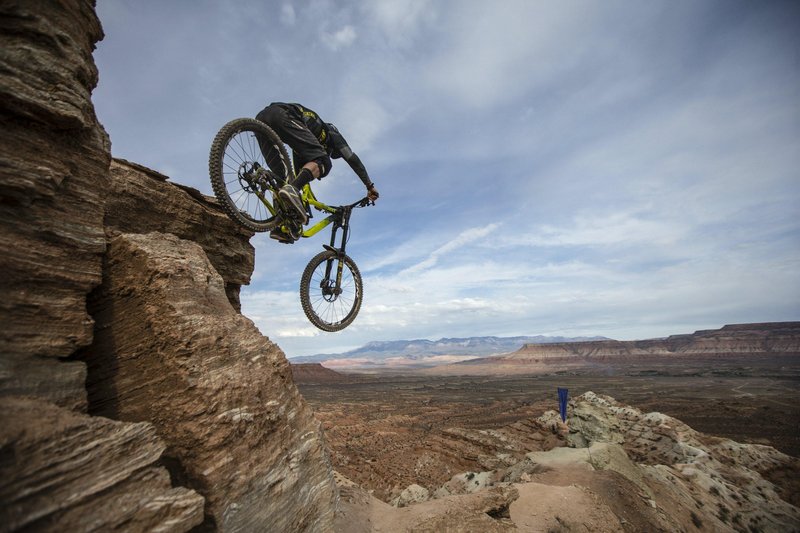 After Paul Basagotia’s injury last year, Cam Zink's retirement from slopestyle this year and some major PR drama around the event, Red Bull is tweaking Rampage for 2016. What should we expect?

First off, Red Bull Rampage is mountain biking's premiere big mountain/freeride event. It’s the POV helmet-cam footage-generator so awesome even your mom sends you links. A thousand sponsorships are landed there and courage crosses over to insanity. It’s broken through the stick-and-ball barrier of ESPN’s Sportscenter. It’s the one time of year when your day-job friends ask, “You don’t to THAT... do you?” To which you must hang your head and say, “no, I am only mortal.” 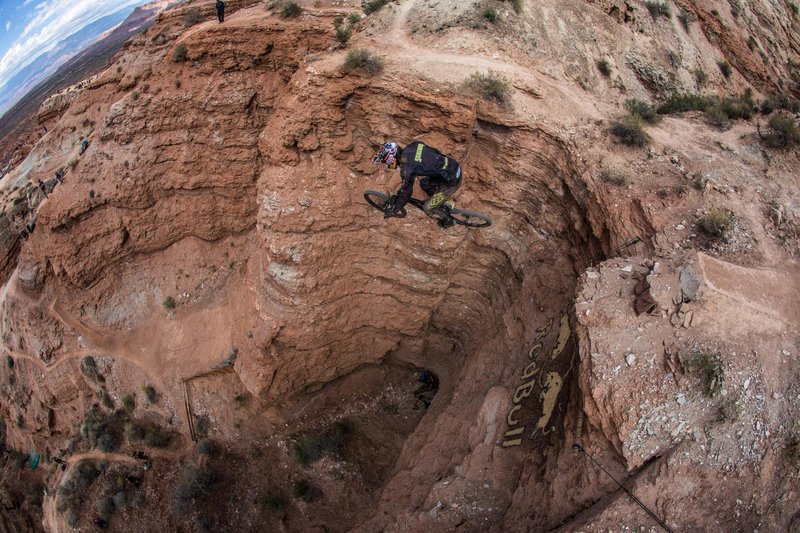 Since Rampage's first year in 2001, it’s been epic, but over the years it's also gotten more and more dangerous. In 2004 I worked for RUSH, one of the first action sports channels to broadcast it in HD. Rampage was carnage and we loved it. After that year, it went on a hiatus because it had gotten so sketchy.

Basically the judges are looking for the most cringe-worthy, adrenaline-drenched, danger-dropping runs.

It came back in 2008 as a freeride event with more wooden features and the progression continued. Last year folks like Tyler McCaul and Paul Basagoitia were basically dropping off 80-foot cliffs at 40 mph on their way to 50-foot canyon gap jumps. 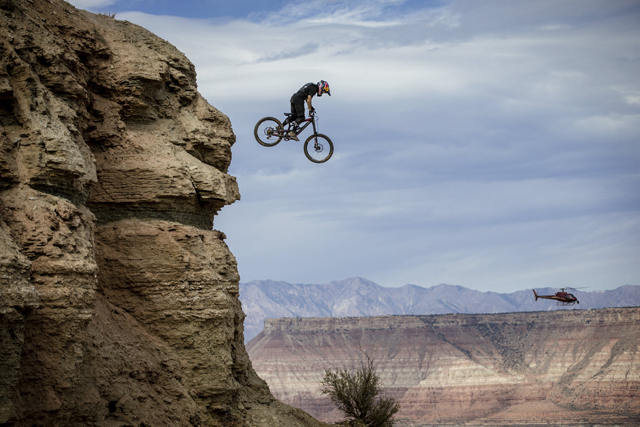 Athletes keep their one best score of two judged runs, though scoring criteria can feel a bit arbitrary. This has been a past rider complaint. Supposedly judges “…look for how the riders manage to blend speed, technicality and style alongside use of the terrain.” So basically, they're looking for the most cringe-worthy, adrenaline-drenched, danger-dropping run to win. 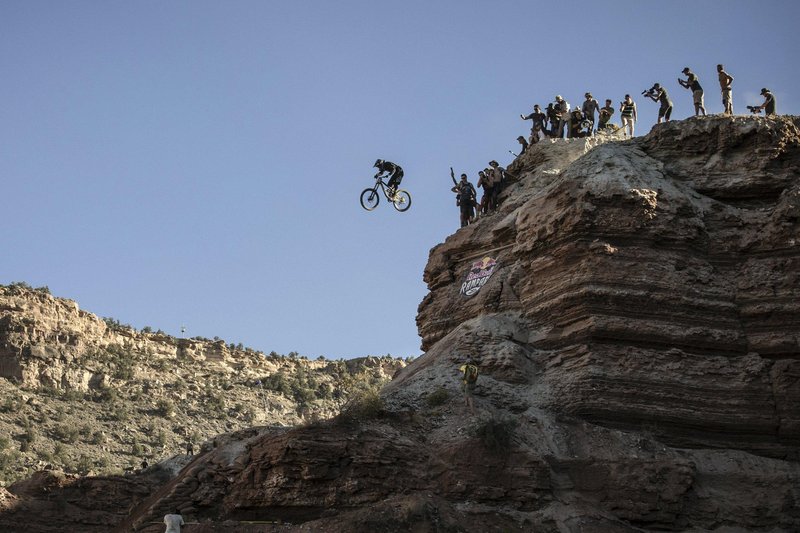 Last year safety and exploitation issues came to a head. Overall 17 out of 42 riders were injured.

Nicholi Rogatkin had an epic crash, falling off a cliff, after which he was allowed to finish his run.

Paul Basagoitia shattered his T12 vertebrae, resulting in partial paralysis. Fan favorite Tyler McCaul also pulled out after an injury suffered on his line containing a massive and frightening drop.

This all resulted in some nasty trending hashtags and general social media conflagration for change. There were calls for the event’s cancellation, accusations of Red Bull commoditizing riders and cheapening their lives by not providing adequate compensation or insurance, of media obfuscating the true nature of the event because it was such a cash cow for all.

A lot of press coverage, including TGR’s, speculated the event might have tipped toward being predatory and just ‘too much’. 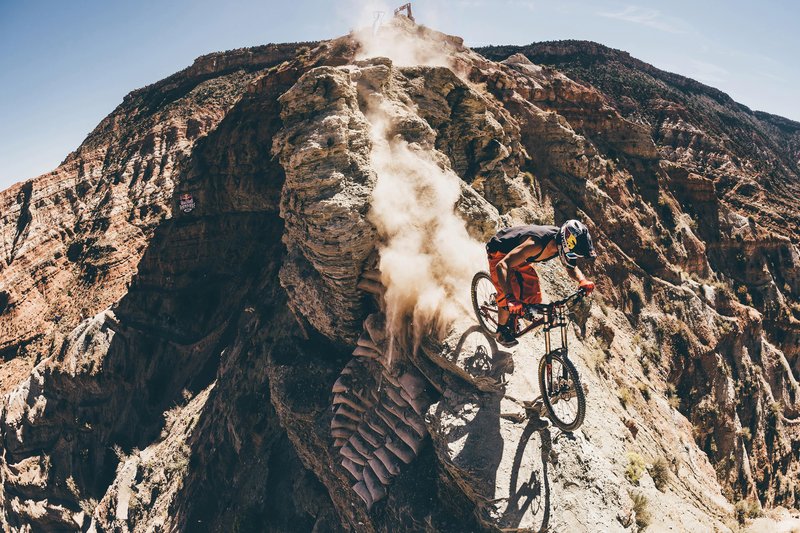 Compared to other large pro sporting events, there is no real money. Cam Zink made $3,000 for last year’s sixth place finish (that had to cover all his costs and his dig crew’s costs, which I’m sure it didn’t). If you win the Masters golf tournament, you take home $1.8 million. Though it’s not abnormal for a grassroots or local event to not provide insurance, travel or support, this is the super bowl of mountain biking; certainly many hard events arrange to cover liability. What do you think? 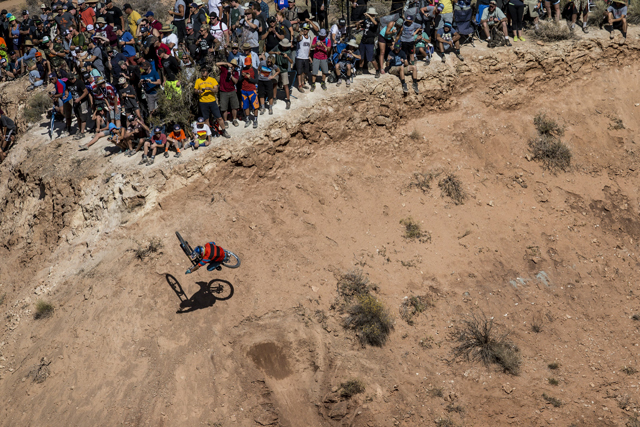 Fans love when riders, like Darren Berrecloth, do epic shit right in front of them. RedBull photo.

Rampage is also an earned/owned media cost center for Red Bull Media House, not a revenue generator. There’s no broadcast revenue, merch, ticket sales, beer sales or anything else like that. There is a 30-minute highlight program that airs on NBC, but I have no insight into fees for that.

What began as a grassroots throwdown in the middle of nowhere grew into this grand event of multi-cams, drones, helicopters, media desks, live feeds, sponsor placement, hugely built structures, and a 60-some-odd person crew. Given the level of marketing spend and media coverage now generated by this circus, talent could certainly be paid.

It is a show, after all. 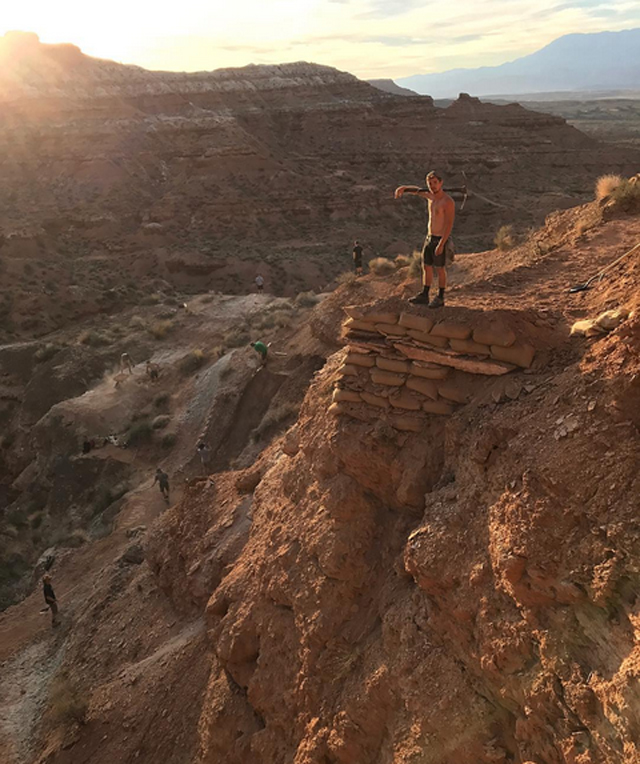 But do I come to bury Caesar or to praise him? Hopefully to praise. With everything said, the event is breathtaking to behold. It’s riveting like little else on the dial and Red Bull has made major changes. I’m going to be watching here.

For 2016 a crew of riders, led by Cam Zink, demanded things change. In fact, I read that he planned to try to start a rider’s union. I mentioned in a TGR article last year that the PBR was formed in much the same way.

All the folks I've met at Red Bull over the years have been incredibly passionate and caring—they only mean the best. So what you’ll see this year is fewer riders, to address rider crowding and competition for lines. It will also perhaps weed out all but the very few who can actually handle this type of riding. 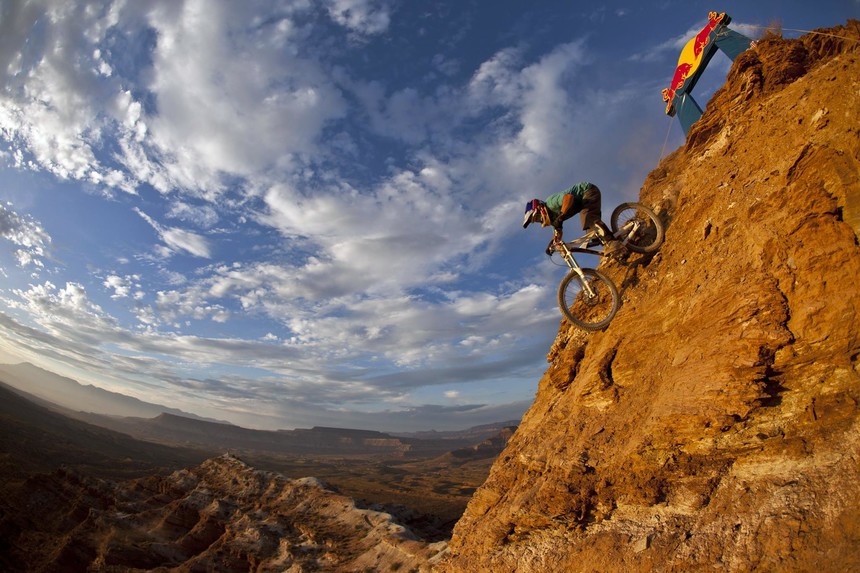 Also, a new event area will be more about natural terrain options and flow. There will be no more big wooden booters or massive slopestyle features. A nice plus is the new area will also have 100 feet more vertical.

In terms of riders, the top 12 finishers from last year (in order of 2015 finish) are automatic entrants.

Plus, nine other riders who are "Wild-Card" invited athletes (most of whom are previous regulars and awesome pros).

In case the top 21 won’t or can’t compete, there are some alternates: Bas van Steenbergen (CAN), Mitch Chubey (CAN), Ryan Howard (USA), Louis Reboul (FRA) and Ethan Nell (USA). 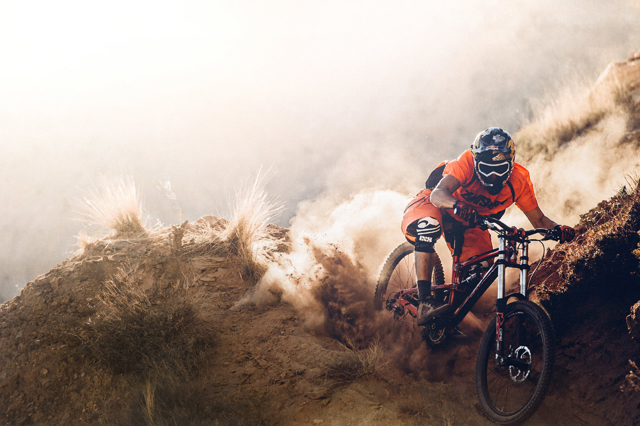 One thing's for sure, it'll still be dry, brown pow. Redbull photo.

Watch for flow, sick dirt jumps, and the usual puckering steeps. Riders will try to link runs together that keep something happening top to bottom and runs will be less about one jaw-dropping dangerous trick.

Personal emotional favorites for the win are Cam Zink and Tyler McCaul—and I loved Andreu Lacondeguy’s run last year. Though whoever comes away with it will be a hero in my book.