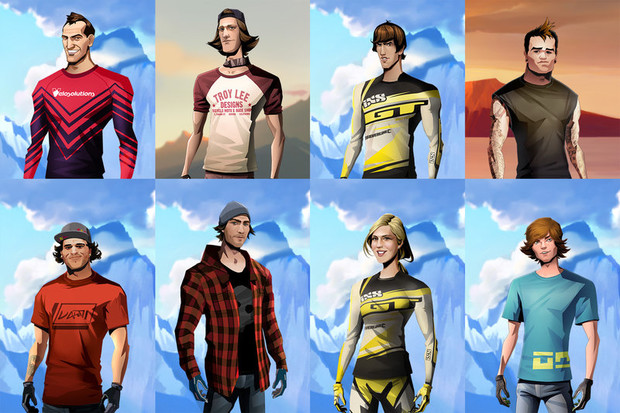 How cool is this? And Claudio looks like he's been working out.

Four hours later, I had somehow moved from my desk to the couch, spent ten bucks on an in-app purchase for Gee Atherton (I NEEDED him on my team for the DH events!) and was thoroughly hooked. I had tricked out my rider's bikes, travelled to the Alps and was wondering if something bad had happened to Claudio Caluori, my team manager, and who the mysterious girl in the cast is. 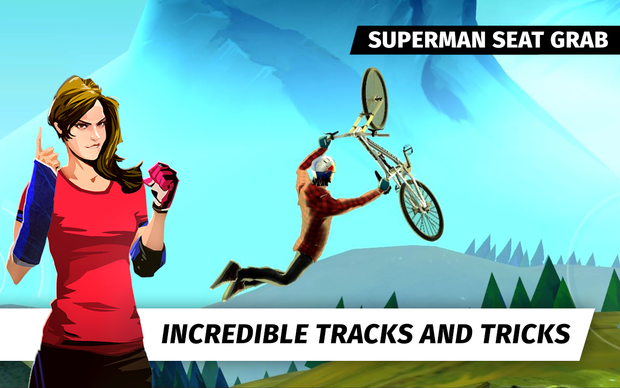 Ok, this is a promo pic, but you get the idea.

I had also amassed a killer team of Martin Soderstrom (Slopestyle), Gee Atherton (DH) and the junior local enduro rider you get on starting (Until Renee Wildhaber comes along). You compete in the three above-mentioned disciplines, swapping riders as you need. The pump and pedal mechanics are terrific–seriously. You really have to see and work the course. 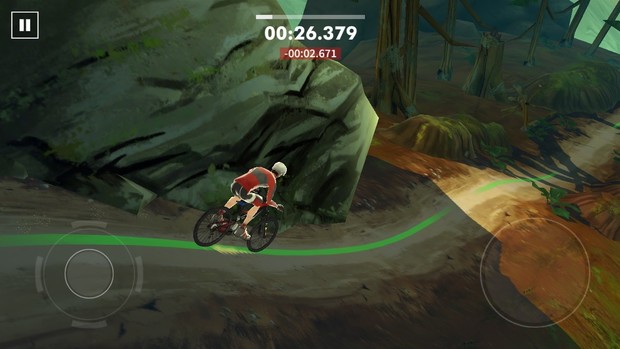 The trick joystick (so far mostly for slopestyle) is great, too. Just the fact that they got all three disciplines so well represented in one game is awesome. And the mechanics are really solid, you can't just do whatever you want and have it come out okay.

And it seems to have an intriguing story that keeps you going. But like any good game, that unfolds slowly keeping you guessing (and even if I knew what was going to happen, I wouldn't spill it). 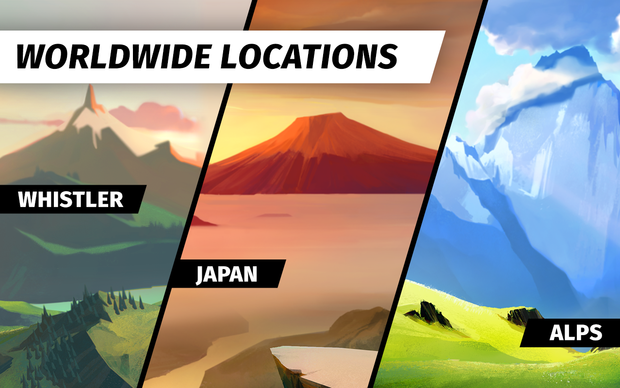 The story jet-sets you around the world

Enough jibber-jabber, check it out on Android or iOS