Tetongravity.com contributor Ryan Dunfee is in Argentina skiing, making cool video edits by day and cocktailing by night. Dunfee checks in with us often, and he recently wrote this ski-bum guide to boozing on the cheap in Argentina. Although we can't join him in celebrating this Labor Day Weekend, we'll be there in spirit, cracking PBRs on Monday while we tube the Snake River one last time. So pour yourself the cheapest glass of Malbec you can find, sit back and learn about Argentina's low-ball libations through the eyes of a global ski bum. Have a great long weekend. 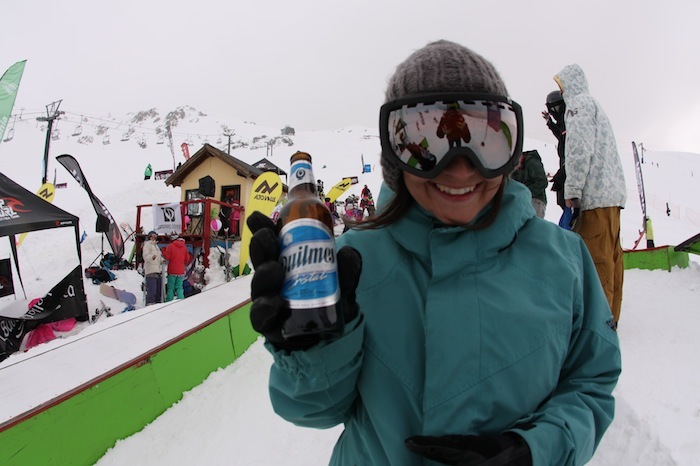 Quilmes: The workhorse of the ski-bum drinking stable, Quilmes owns 75 percent of the beer market share within Argentina. Visit any supermarket and the majority of what you’ll see in the beer section is Quilmes blue, silver and white one-liter bottles. While Quilmes has about as much taste as a Natural Light infused with Milwakee’s Best, the price is right: supermarket liters go for 6 to 7 pesos, and if you hold onto your receipt, you can return the bottle and get 4 pesos back, meaning you spend about .50 cents for a liter. In terms of affordability, this is South America’s answer to the ski-bum Cup-O-Soup. 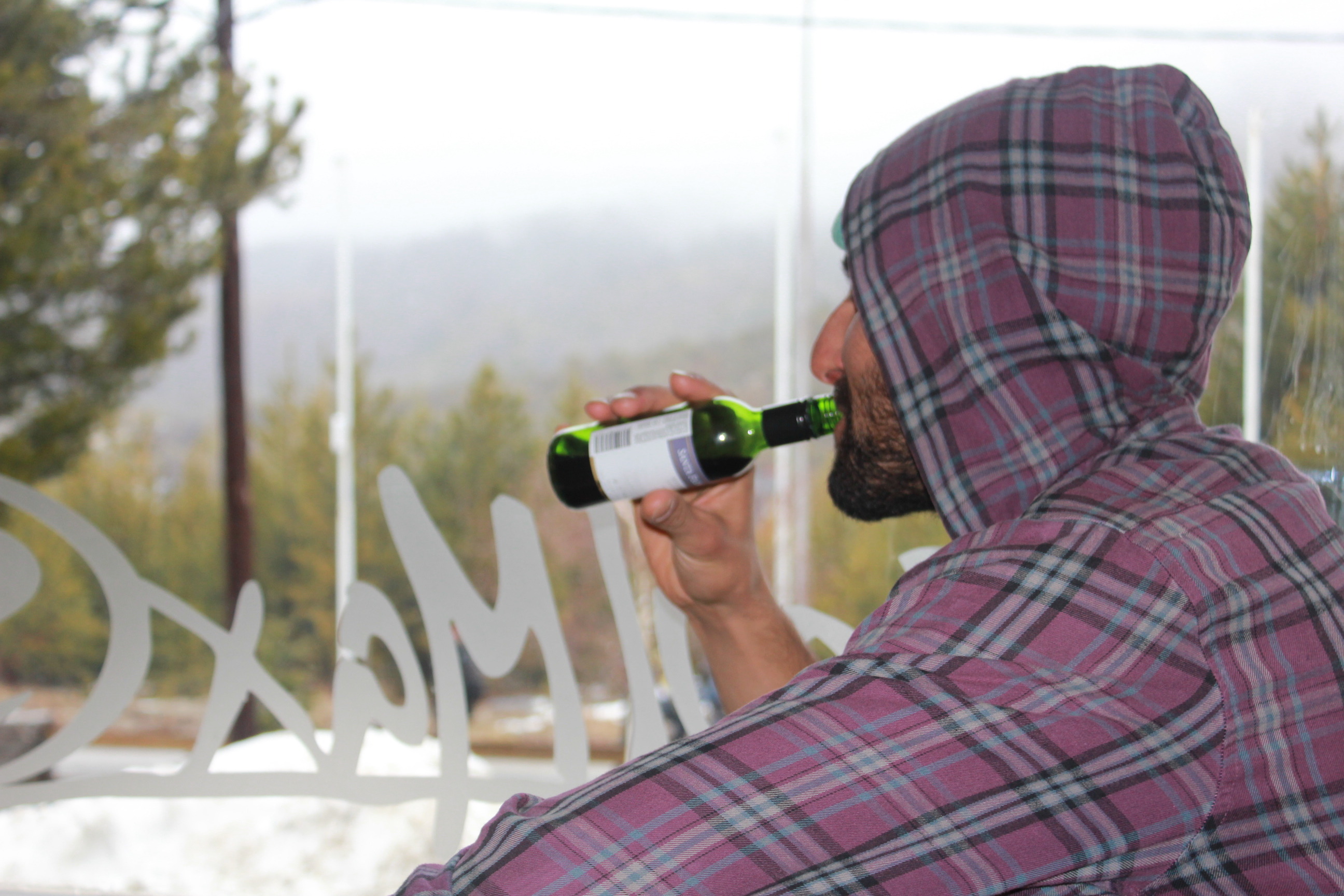 Malbec: With almost no refrigerators in the entire country other than a snowbank, stocking your room full of room-temperature Quilmes might not compliment your hostel digs so well. However, wine is in overwhelming supply in Argentina. With vineyards surrounding Mendoza that pump out amazing Malbecs, don’t be surprised to pick up a good bottle of 2009 to 2010 vintage for under $4. For true bums, scan the aisle until you pass the Malbecs and Cavernets and find yourself staring at the vino tintos, or simply, “red wine.” With a half-water, half-wine consistency, it will give you a gnarly headache but gets the job done, no questions asked. 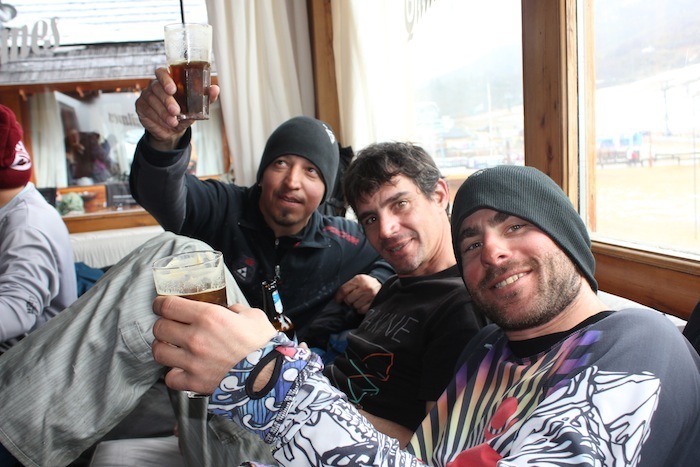 Fernet y Coca: The signature beverage of Argentina is a bitter spirit made from a number of herbs and spices including myrrh, rhubarb, aloe and saffron, and to add to the legend, is rumored to include codeine, mushrooms, fermented beets and coca leaf. With the natural taste of Fernet Branca, the signature brand, resembling black-licorice flavored Listerine, taking Fernet straight is so gnarly that it’s almost a ski-bum faux pas. Instead, Argentines will mix 70 percent coke in with only 30 percent fernet. Drunk, sweaty gringos returning from the hill will make obnoxious requests for a mitad y mitad — a half and half. Skylar Holgate, Head Guide for SGT Argentina, claims it doesn’t give you a headache. That statement is still up for debate. “Asado, mate, and Fernet,” said our hotel receptionist Manu Terrado. “That’s what all Argentines love.” 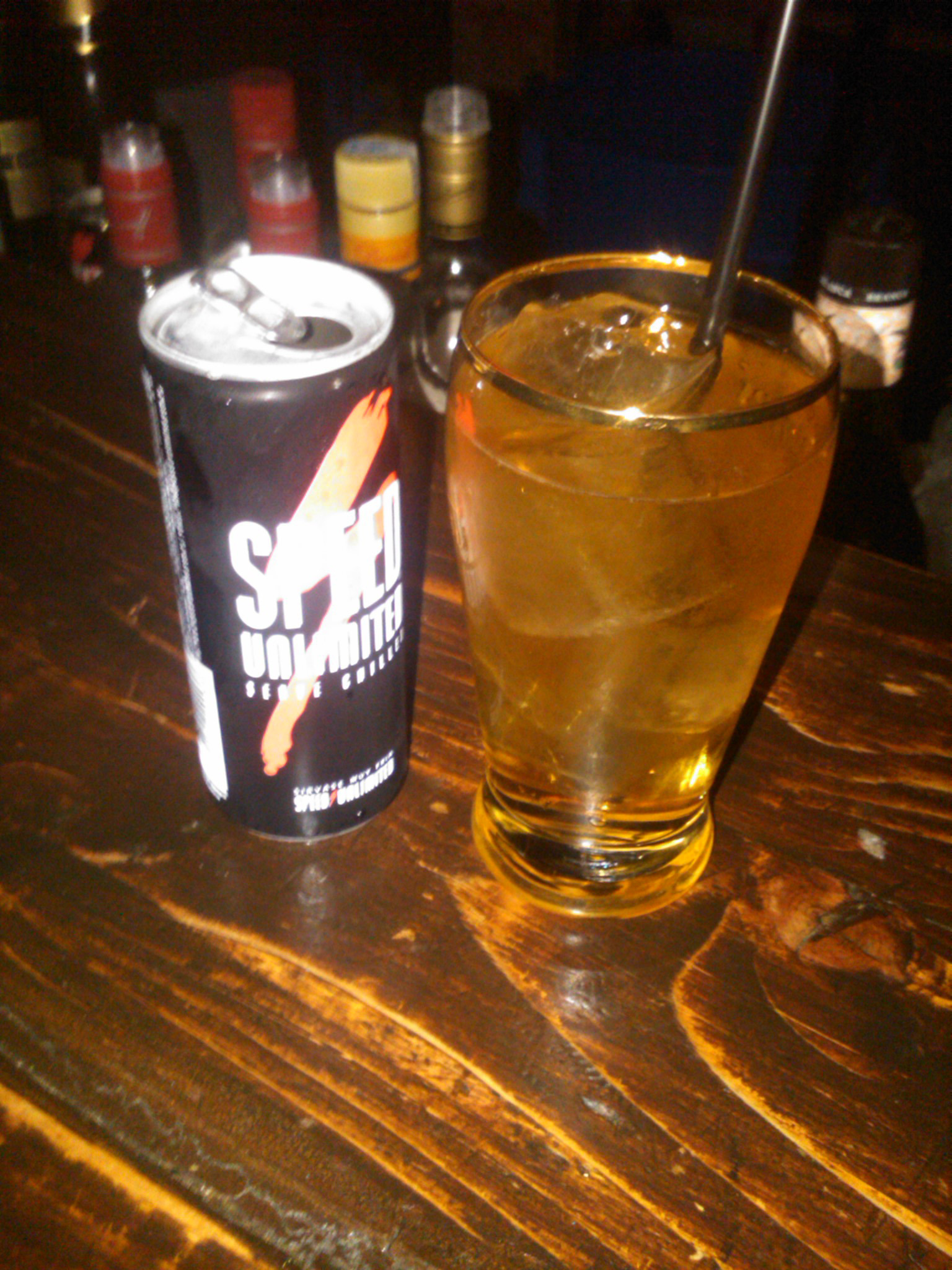 When your ski legs are crashing but the women are still dancing around you, it's time to reach for the artillery of the Argentine ski bum cocktail world: whiskey and Speed.

Whiskey con Speed: The most violent and invigorating of all South American ski cocktails, a “whiskey con speed” comes in to play only in that 2 a.m. period of desperation when your ski legs and lack of sleep attempt to keep you from clubbing non-stop till dawn — again — among a bevy of Argentine beauties flocking around you. Combining the devastating effects of whiskey with hours of relentless aerobic activity with strobelights flashing in your face would destroy anyone. Now combine that with Speed Unlimited, Argentina’s toxic answer to Red Bull.

Proposals are already on board in a few states to ban the sale of Speed Unlimited due to its inordinately caffeine- and taurine-heavy chemistry. This is in Argentina, a country that could never be cited for its spearheading efforts in public health. So, you know this shit works.

“I don’t like Speed at all — it makes your heart go faster,” said Bariloche bartender Lucia Hertz. “But it tastes good.”

When it’s time to really get in the club game, there is no need to look elsewhere. Just be warned that with more than one of these down the gullet, you’ll be sitting in your bed, sleepless, heart pounding, soaking your mattress with cold sweats while coughing through your new-found cigarette throat.