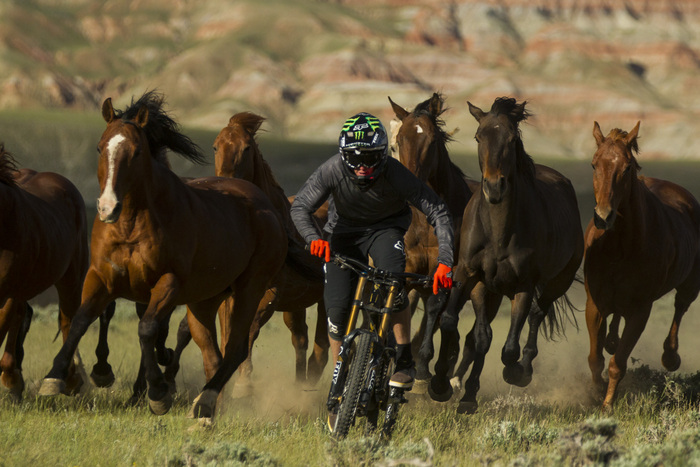 Brett Rheeder getting chased by a herd of horses while filming. Sterling Lorence Photo

As a lead up to the Summer 2015 release of unReal, Anthill Films and Teton Gravity Research are giving viewers an exclusive behind the scenes look at the film in their new web series, “Mind the Gap.” The first episode in the eight part series takes us to Turtle Ranch in Dubois, Wyoming with Trek athletes Brett Rheeder, Tom van Steenbergen, and Cam McCaul.

Rolling into Dubois (pronounced DEW-boyz) is like stepping into a scene from the American classic Butch Cassidy and the Sundance Kid (there is actually a statue in the centre of town modeled after the famous outlaws). Dubois is cowboy to the core, right down to the motto, “Where Real Cowboys Work and Play.” We can confirm that all cowboys (and cowgirls) encountered on this shoot were in fact real. With a motto like that, imposters don’t get very far. 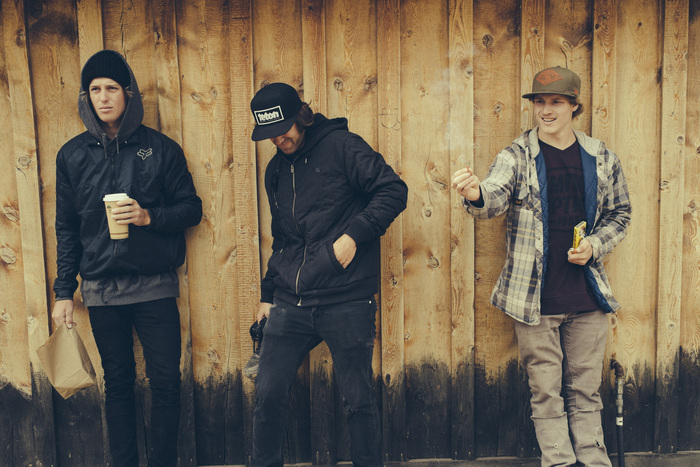 Every morning at 4:30am the crew would sleepwalk over to the motel kitchen to get a shot of some much needed rocket fuel. This was an essential ingredient to make it through the 18-hour days spent on location at Turtle Ranch - a sprawling 2,500 acre horse ranch that was our playground for the three-week shoot. By 5:30am the coffee had kicked in and the crew of zombies turned into humans. The mission to collect nugs was on. 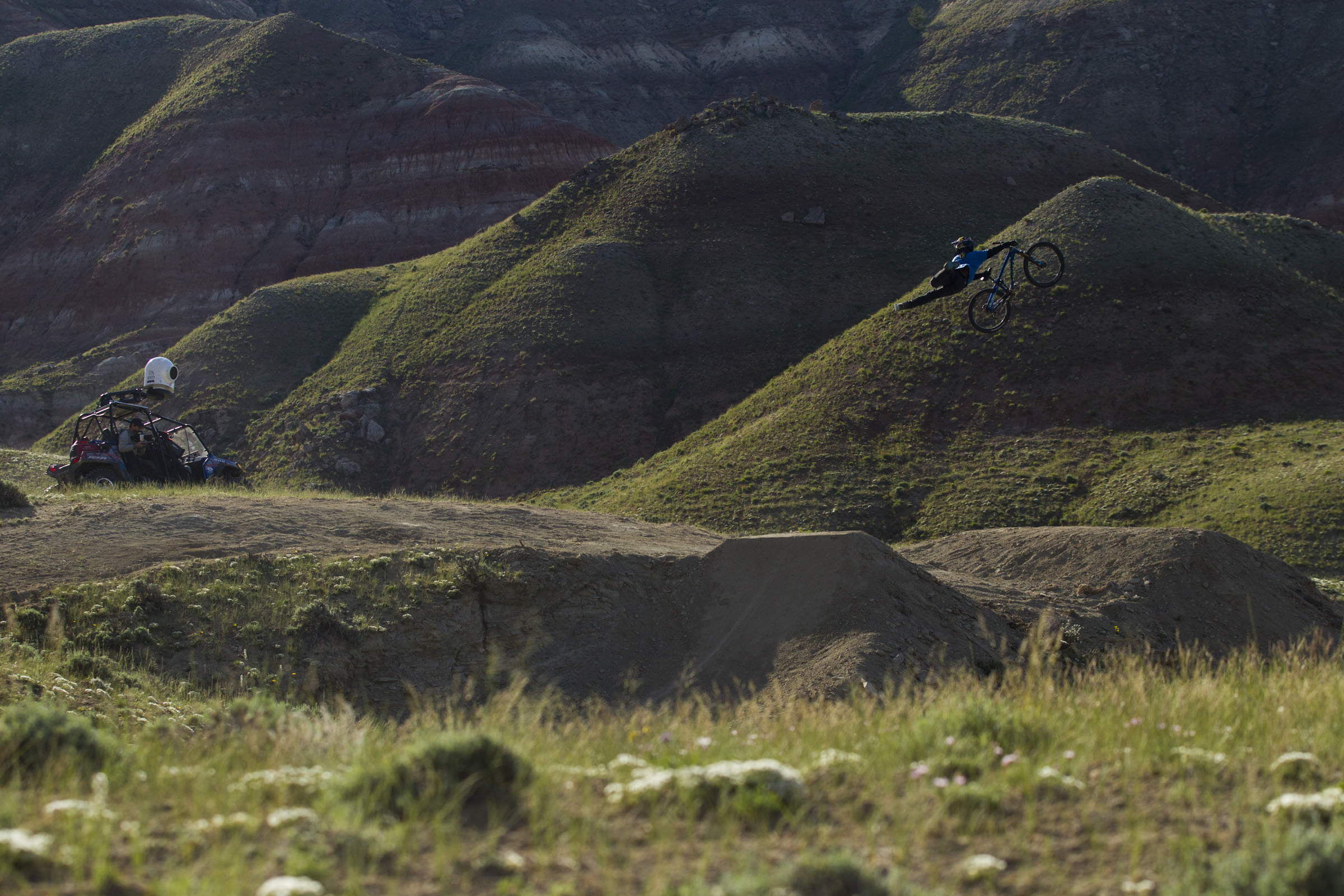 The concept behind this shoot was fairly simple: ride bikes with horses. The execution on the other hand proved to be a bit more complex. Robin Wiltshire (confirmed real cowboy and owner of Turtle Ranch) was the master trainer behind the horses. Because this was something that both Robin and the film crew had never really done before, it was hard for everyone to imagine how it would all come together. But when you’re rolling with a 15-person crew, helicopters, skid-steers and a pack of galloping horses things take on a momentum of their own. 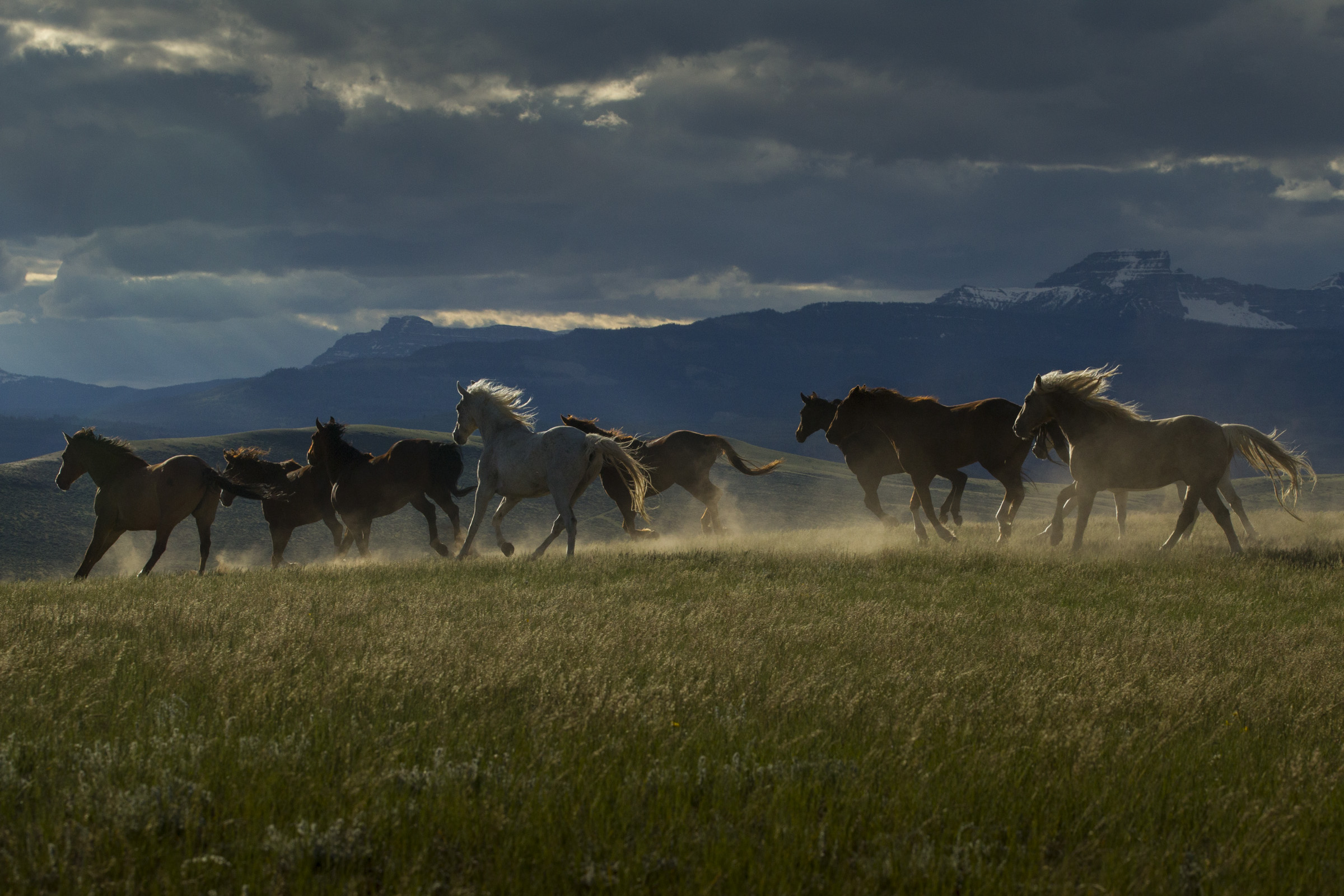 For most people, riding a horse doesn’t seem like anything out of the ordinary. Riding your bike in an unpredictable herd of 25 horses, each weighing over ten times your body weight… that is actually ludicrous. Imagine yourself standing in the middle of a 6 lane highway packed with speeding transport trucks during a thunderstorm and you have the general feeling of what it was like for the riders and cameramen to be in that situation. Now imagine watching one of your friends get hit by those transport trucks and somehow miraculously walk way. Would you keep standing there? Of course not! You live in the real world. But this is the Wild West, and things were just about to get interesting. 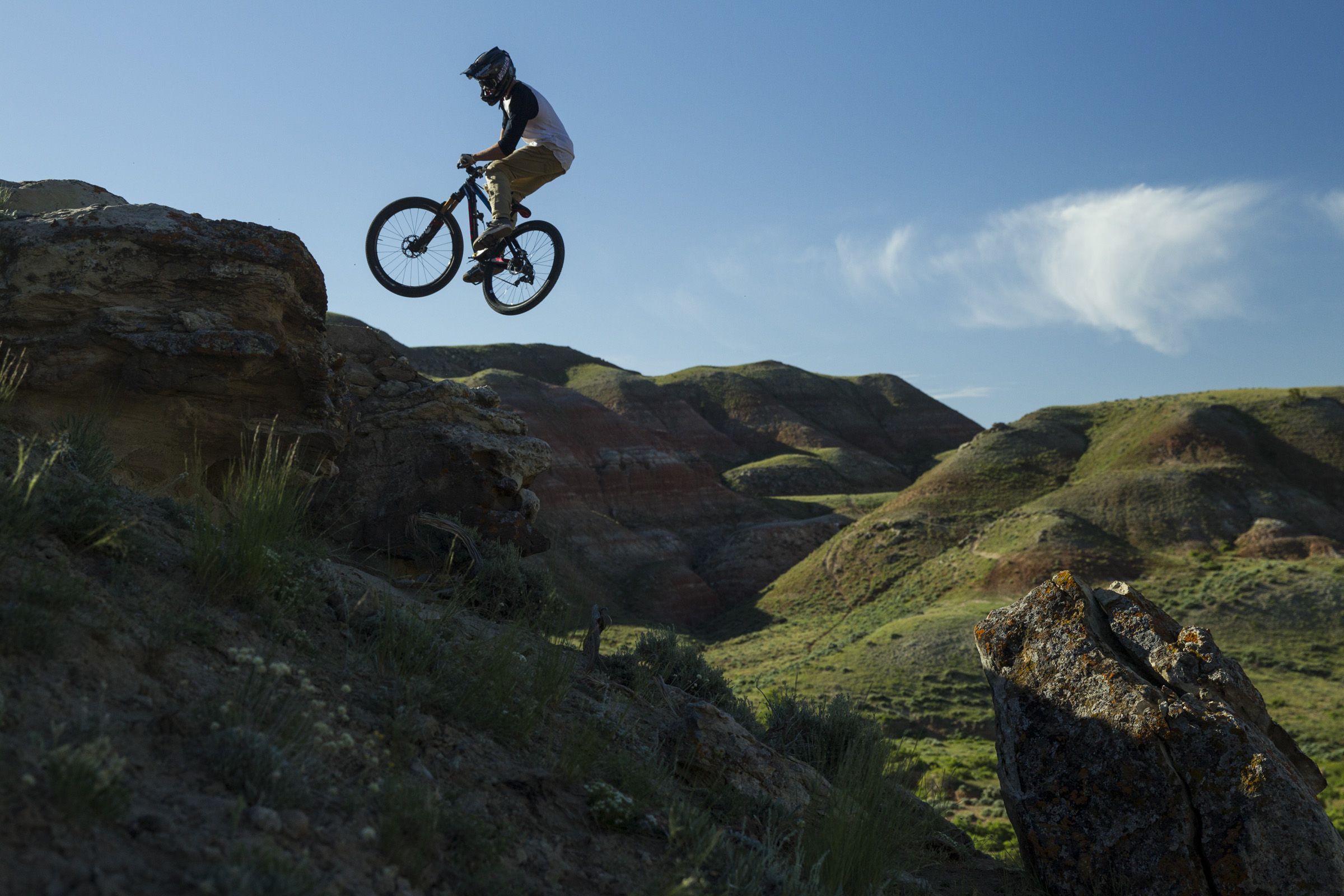 unReal is co-produced by Teton Gravity Research and Anthill Films. Written, directed and edited by Anthill Films. Presented by Sony in association with Shimano and Trek. Additional support for the film is provided by the Whistler Mountain Bike Park and PinkBike.com.

To get the latest episodes of Mind the Gap, check out TetonGravity.com and Anthill Films' YouTube channel.