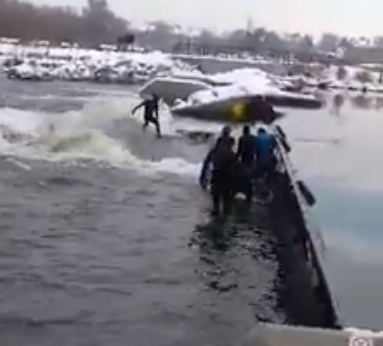 Most surfers have to trade in their foam and fiberglass for skateboards, skis and snowboards once they move away from the coast. Most people take to snowboards or skis when the temperature drops below freezing. But some people give the elements a big fat middle finger. These people live over five hundred miles from the ocean and surf throughout the freezing winter dodging floating ice and branches that are channeled towards them by the same banks that form their wave.

River surfing is a blossoming sport, as evidenced by the X Games inclusion of river surfing on the Eisbach, or Nat Geo's Zero to Sixty special, or Travis Rice in a Toyota commercial. The faithful and grassroots-feeling online magazine Riverbreak caters to the unification of the river surfing world. River surfing is growing, and so is the demand for good river waves. River parks already exist, modifying them to include a surfing wave is the next step. Several places have already embraced the growing river surfing community and cater to their wave needs, like the Boise River park, and the soon to open Park in Oregon. Building the Max Wave in Missoula will only further stoke the stoke that is river surfing. Its like building a public ski lift that everyone gets to enjoy year round.

I've tried river surfing at the Boise River Park last summer, and it was a blast, I sucked pretty bad, but The people I met were so cool and relaxed, I felt at home in the water despite the lack of salt or a beach or even of the ocean. The crew of about ten surfers and a couple kayakers were supportive and courteous. It's hard to snake waves and drop in on people on a river wave because there is no room for greediness. Besides even though longer rides are possible because the wave is endless, people naturally try to push their limits. No one is g ing to just stand there on the wave for five minutes. Beginners like myself washed out in a matter of seconds, the seasoned vets would get a rhythm going, but would eventually go down while trying a critical turn so before you knew it, when you paddled back up the river to the wave, it was almost your turn again, you don't need to wait for the next set or for the right peak, the wave is waiting for you. 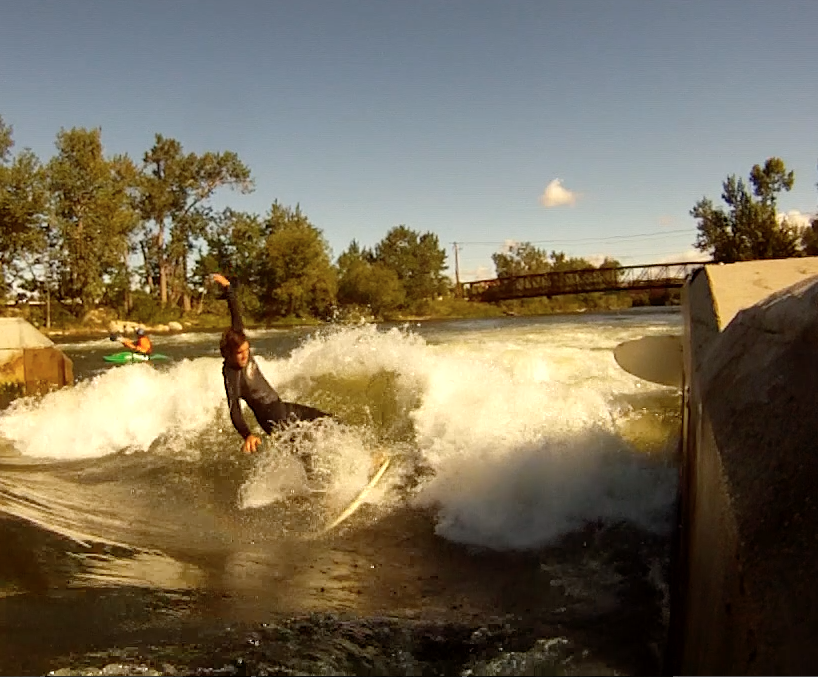 Anyways, there are a bunch of crazy guys who are actually going to try to surf on the Missoula River in freezing cold conditions (the week before my finals), and I want to be a part of it so I joined their crowdrise fundraising team with the condition that if I raise enough money, I will take some friends and make the several hundred mile journey to surf and film surfing on a frozen river.

Help me if you can by checking out my site below