We’re stoked to partner with SBC Skier this year to deliver a healthy dose of stories and images from up north. As Canada's premiere ski magazine, SBC Skier is much more than a big mountain/deep powder-focused magazine or a park and pipe-online freeski rag.

Being that Canada boats some of the steepest mountains, deepest snow, best resorts and some of the most unique urban terrain in the world, it’s home to more than its fair share of skiers. Consequently, SBC’s goal is to showcase all of the diversity and grade-eh skiing Canada (and the world) has to offer. For more on SBC Skier, be sure to check out http://www.sbcskier.com and follow SBC Skier on Facebook, Twitter and Instagram.

The following article is from Issue 13.1 of SBC Skier, which is now available on newsstands across Canada.

Text and photos by David Malacrida

Once upon a time, five skiers, two filmers and a photographer congregated in Quebec on a one-week quest. The goal was to besiege as many new urban features as possible, produce a short film on street skiing in Quebec, and live happily ever after. It didn’t happen. Urban shoots aren't like fairly tales, as they tend to be plagued by challenges that even a prince can't overcome. Getting chased from set-ups, team issues, freezing temperatures, car trouble and winch problems are generally the norm—all of which happened over our first three days, when we weren’t able to muster even one shot.

Much like fairy tale heroes, however, we refused to give up, battling nobly through adversity while showcasing the unique urban landscape the Quebec region has to offer. In the end, three horrible days and three incredible ones added up to a tale worth telling. 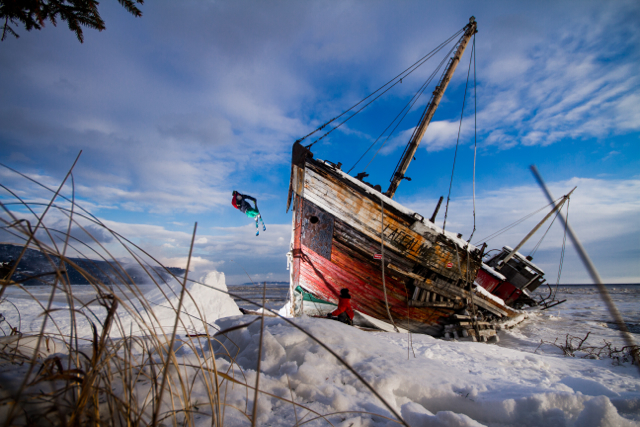 Filmer Nick Brassard has told us of an old boat frozen in ice on the shore of the St. Lawrence River. After an hour and a half of driving, then carrying the winch for a kilometer, we're standing in front of the best feature any of us has ever seen. Sandy Boville proceeds to go big while Dom Laporte lands an Alley-oop-270-on-180-off, helping us rebound from the first few days of misfortune. 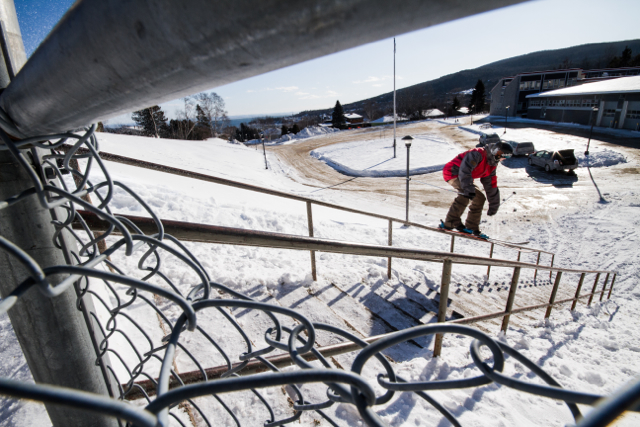 After the boat session we crash in a brand new hotel overnight thanks to Le Massif, putting smiles on our faces before the one-hour drive to a set of dueling down rails. They aren’t overly impressive, but perfect for tricks, which Dom proves with a Switch lip slide in, Switch-up-front-pretzel-270-out while also nailing the transfer.

To read the rest of this article, visit www.sbcskier.com.