Seth Morrison VS JP Auclair: The King Of The Hill Final Battle

It’s no wonder they made it this far - they are two of the biggest names in the ski game: Seth Morrison and JP Auclair.

In December, when we launched The King Of The Hill athlete battle, we selected 32 skiers from 4 ski film production companies and pitted them against each other in a March Madness style bracket to see who would come out on top. The goal was to let the public decide which skier they liked the best. At that point, it was anyone’s game.

Since then, there have been 30 different rounds of voting and it has all come down to this: Seth Morrison VS JP Auclair.

Will it be Seth Morrison?

Morrison has one of the longest careers in freeskiing history all while maintaining the highest level of athleticism. Morrison, originally from Kentucky but now residing in Colorado, has starred in over 22 ski movies. He’s competed in countless extreme skiing competitions, and logged plenty of first descents. Ask any skier: Morrison has one of the loftiest backflips in the sport. From bold, big mountain lines to ski mountaineering in Chamonix, Seth Morrison is one of the best all-around skiers of all-time.

Or will it be JP Auclair?

Auclair, a French Canadian, helped Salomon launch the 1080 ski in 1998 – revolutionizing the freeskiing movement with the first twin tip ski. Then, in 2002, Auclair co-founded Armada skis, injecting new life into the sport with the slogan, “what skiing will become.” And let’s not forget Auclair’s street-skiing segment from “All.I.Can.” Since it came out, athletes and filmers are still trying to create something as engaging. From big mountain lines to urban to founding one of the best companies in skiing, JP Auclair is one of the best all-around skiers of all-time.

So who will it be? Seth Morrison or JP Auclair? Only you can decide.

Vote Now For The King Of The Hill: Seth Morrison VS JP Auclair 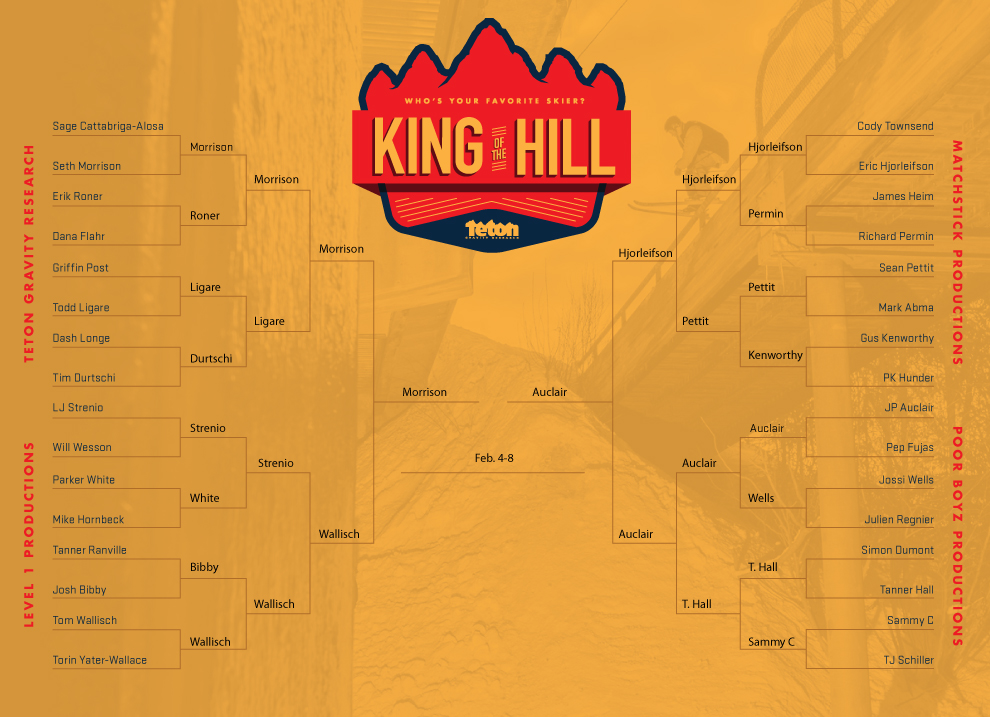