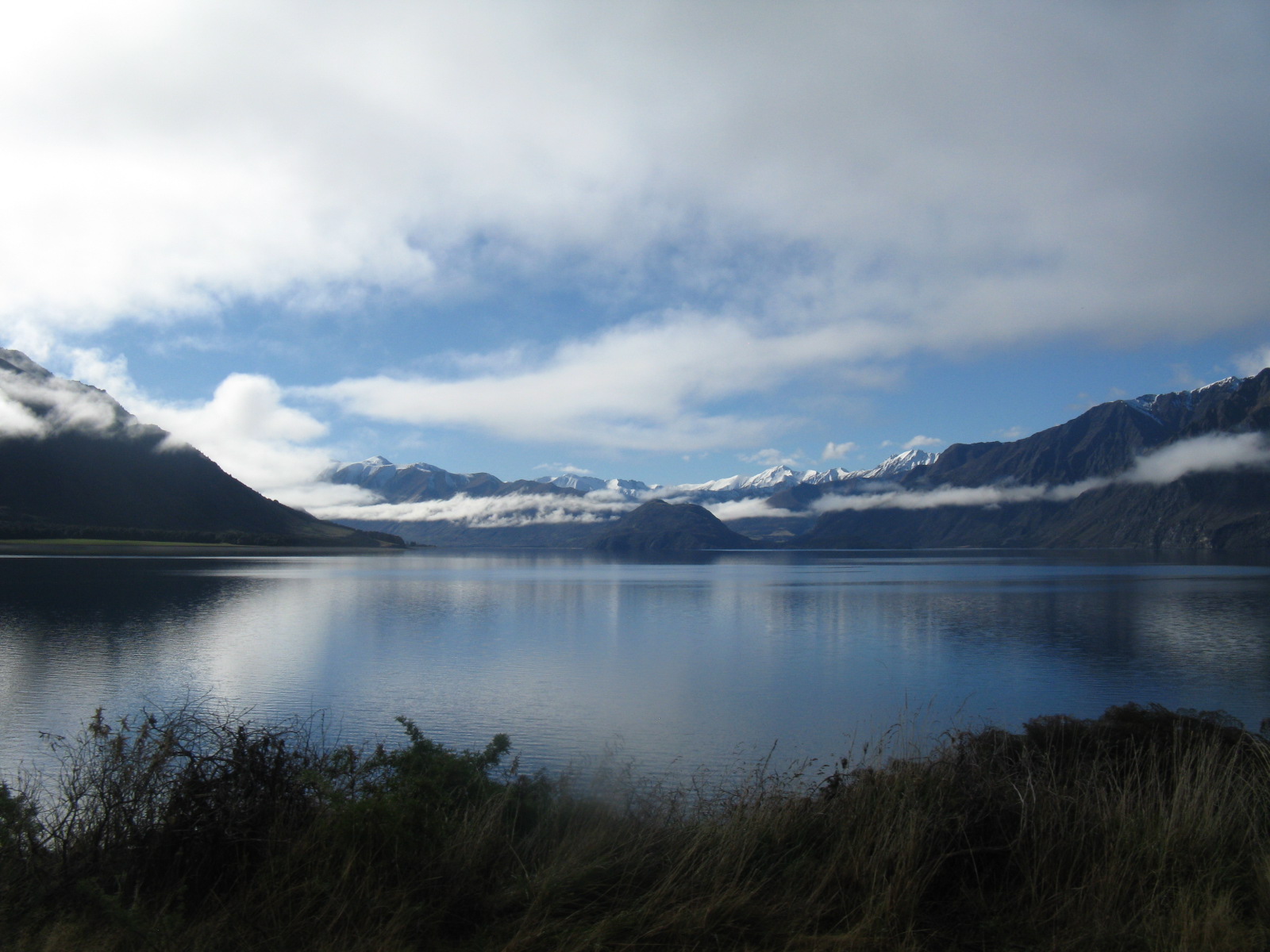 Lake Wanaka on New Zealand's south island is an essential stop on any shred mission to the region.

Words and photos by Brennan Lagasse

With some of New Zealand’s best mountain biking, what’s regarded as the country’s premier ski resort, and a solid mix of locals and visitors set among a backdrop of an idyllic resort town, Wanaka is a destination in and of itself. Situated around beautiful Lake Wanaka, the town boasts as many outdoor activities as you could possibly want to get into.

One of the top draws for adventure-seeking enthusiasts travelling New Zealand’s south island, even in the country’s winter season, is Wanaka’s local mountain biking. From a mellow cruise along the water’s edge of Lake Wanaka, to a moderate tour of the local wine vineyards, there’s no shortage of worthy bike rides to get into. If you’re into mountain biking, whether you’re a beginner or a full-on pro, a ride in the Sticky Forest will be a mission you’ll be raving about to all your gear junky friends back home for years to come. 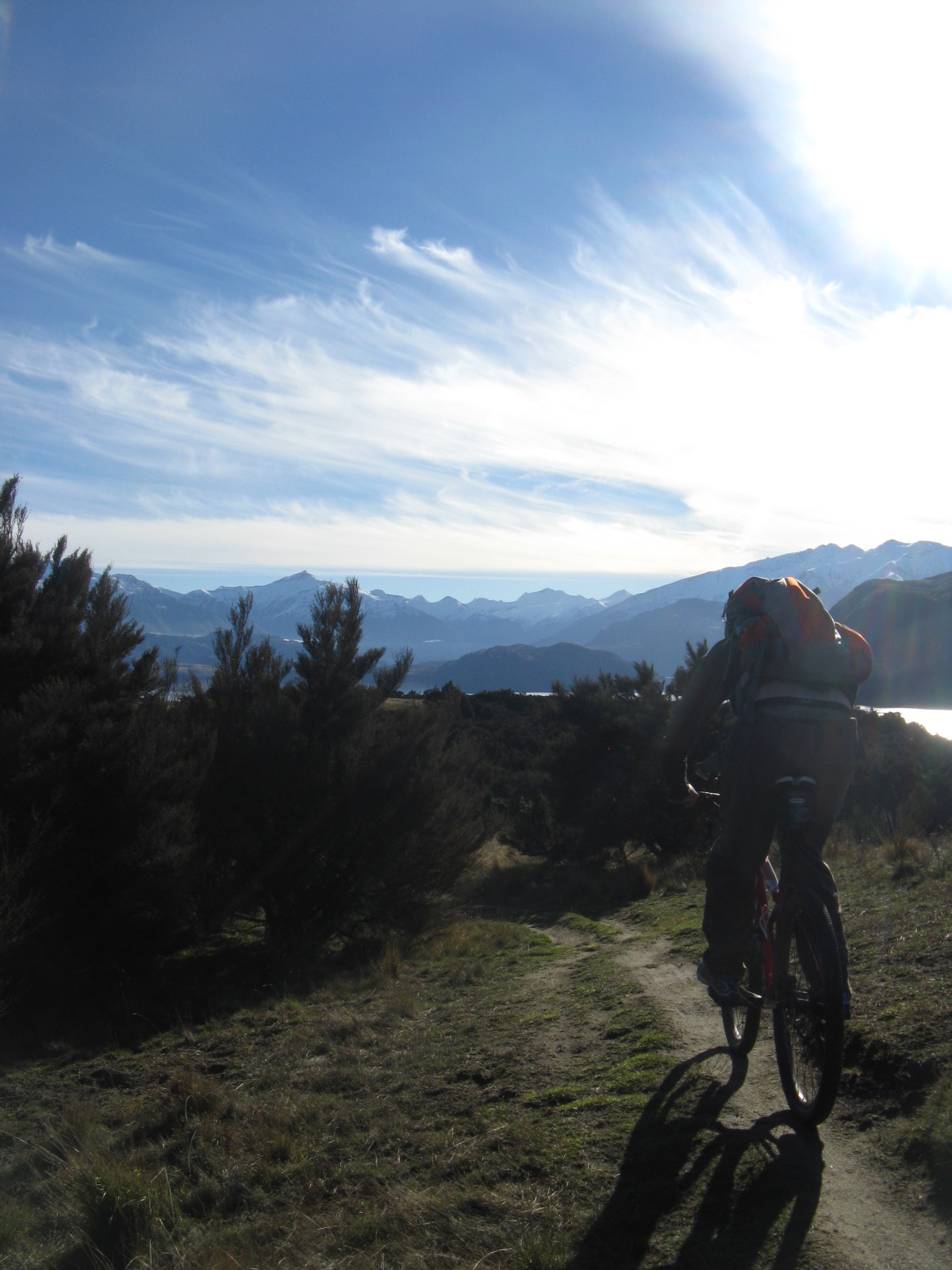 Riding into the Sticky Forest.

Most adventurers aren’t going to travel to New Zealand with their mountain bikes, which makes a lot of sense, especially in that renting a good bike in town and gaining all the beta you need to get after it is pretty easy. Once you’re locked and loaded, all it takes is a five minute ride from town before you can get your stoke on in the Sticky Forest.

This mountain bike park is littered with exceptional rides for all abilities — from rolling cruisers, to trails with huge man-made features, and all the singletrack you could ask for. The views gained from the tops of many of the uphills encompass breathtaking views, and while you can go as short or long as you want, you’ll never get tired of exploring the numerous trails strewn about the park. The best thing is when you’re gassed, it’s just a quick ride down to the lake and back to town for an awesome meal. If you’re in the zone and want to head out with a local guide to show you the way I’ve been told these guys are a good outfit to check out: 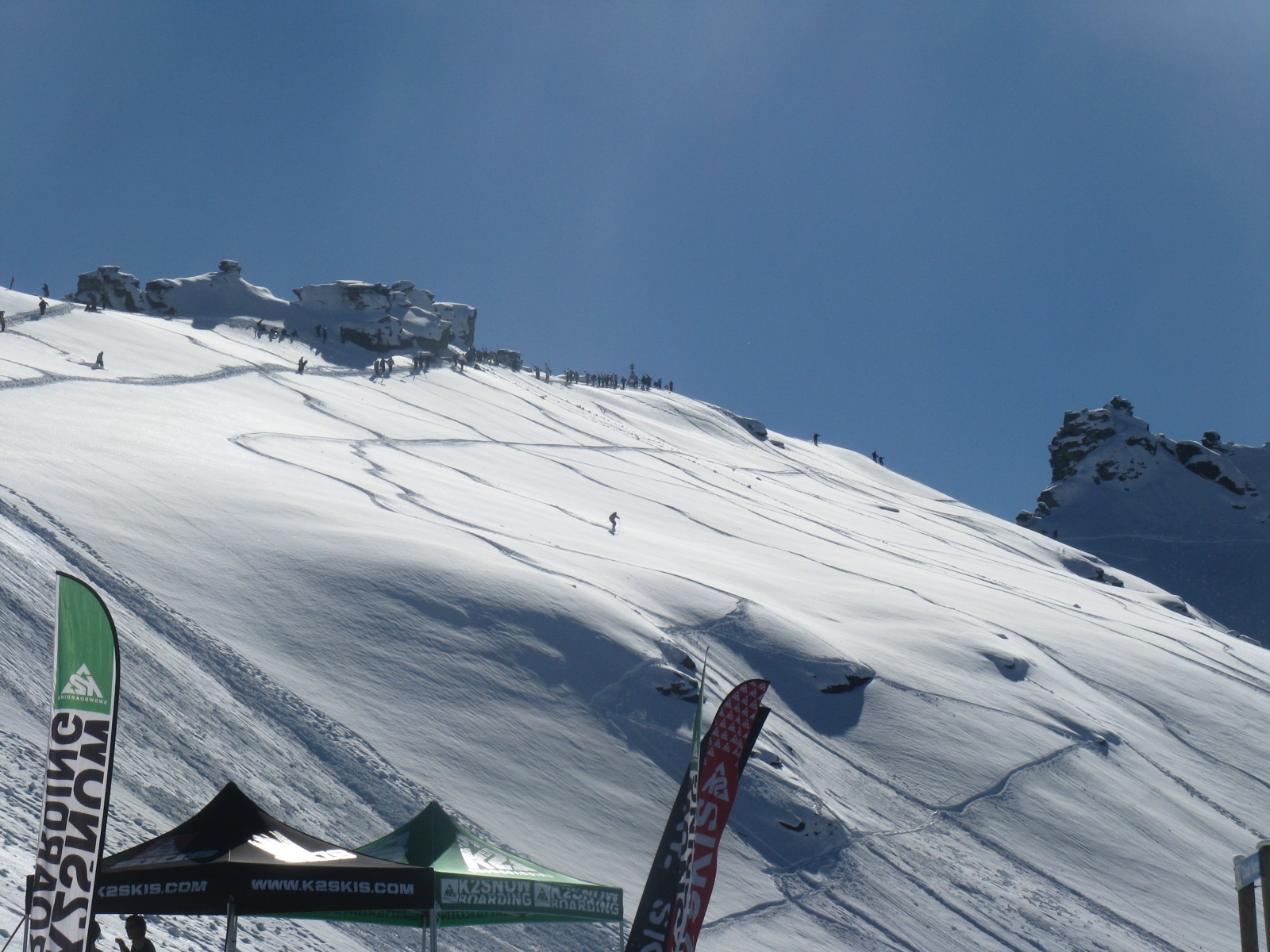 Storms originating from the northwest hammer New Zealand’s south island, and Treble Cone is in a perfect location to receive the brunt of these storms. They commonly report much better snowfall totals than other ski areas when these storms hit the region, and it’s a large part of why so many Kiwi skiers and riders love riding Treble Cone so much. 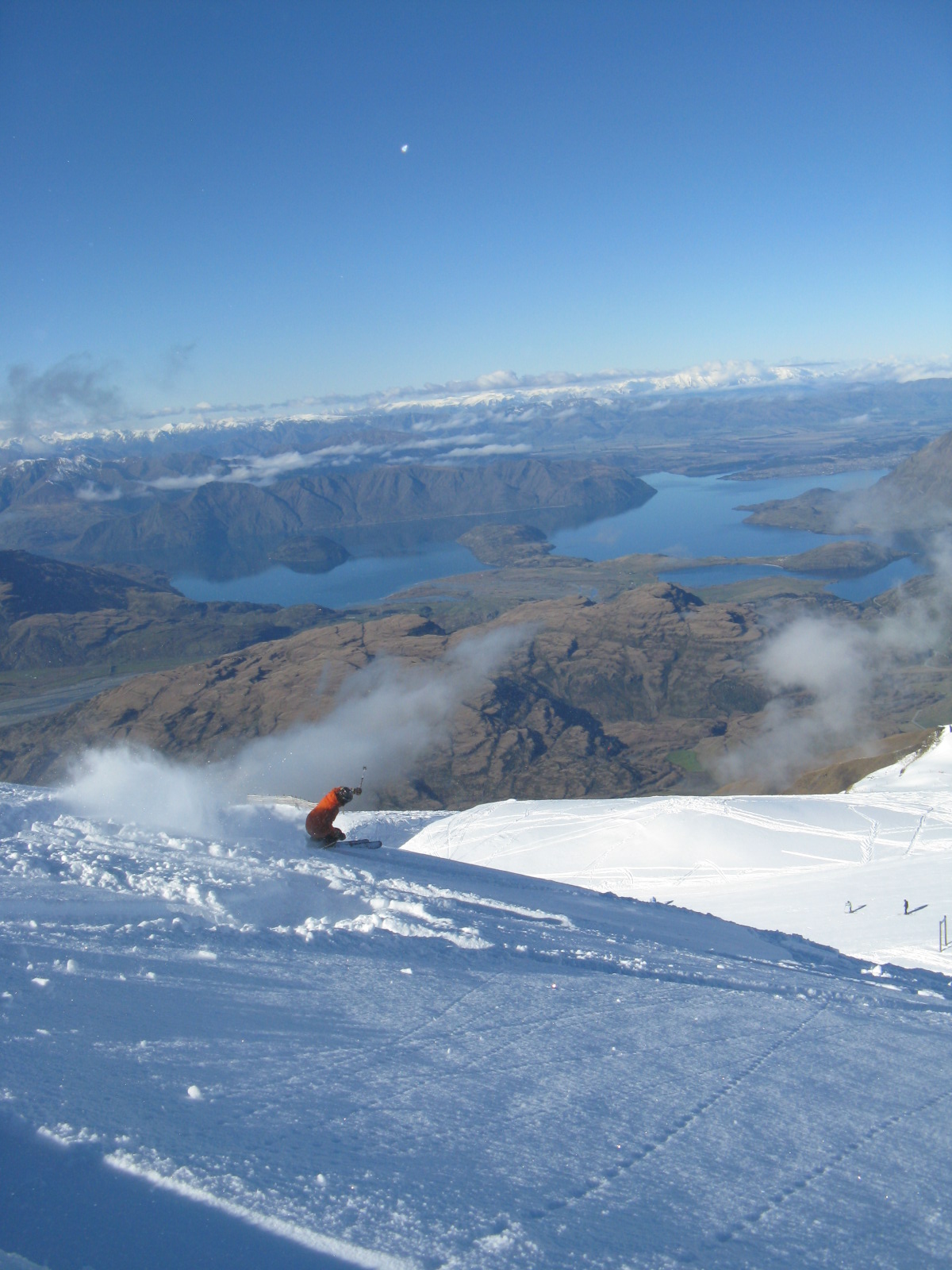 When I showed up with my lady, Jillian, it had just snowed and we were treated to a full-on New Zealand pow day right from lap one. It’s always a cool experience to score a memorable pow day when you’re traveling since we all know, it’s much easier to get skunked. If you’re used to riding the bigger North American ski resort terrain found in places like Jackson Hole, Squaw Valley or Snowbird, the inbounds terrain might not impress you all that much. In fact, the whole setup at Treble Cone, while totally worthy, isn’t what you’d expect coming from other developed ski centers around the globe. 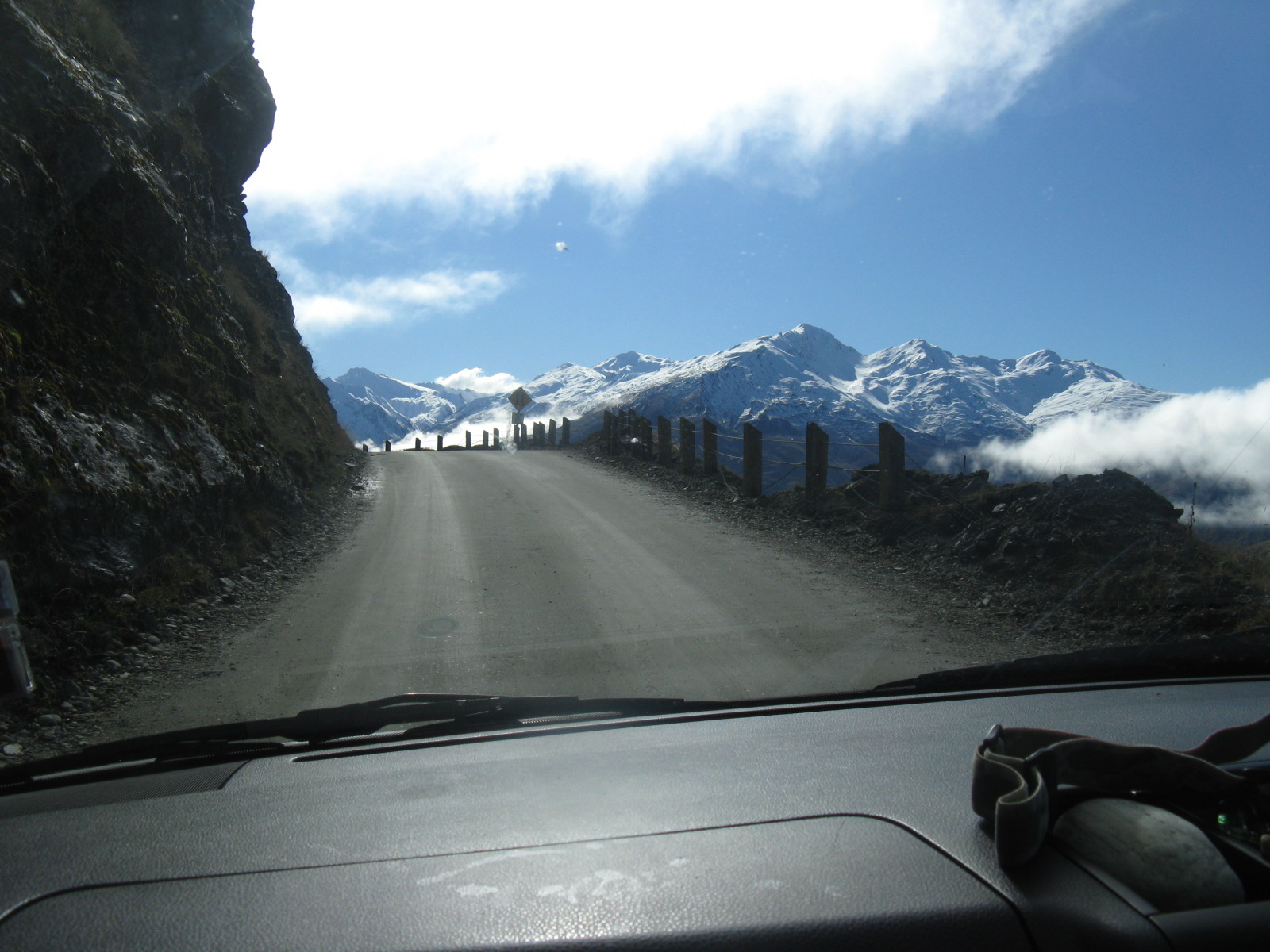 Keep it in first.

The access road, just like the club fields, is ridiculous. Definitely one of the most puckering rides our “Backpacker” made during our whole trip — we stayed in first gear the whole ride up and almost didn’t make it to the base area! In addition, there are only two lifts. Yup, the most sought after inbounds terrain in the country has just two chairlifts. However, like a lot of rad ski resorts the magic comes with the sidecountry and backcountry access that these lifts provide — especially the quad that accesses Saddle Basin. This is where you’ll find yourself lapping super fun terrain with hordes of powderhounds from all over the world tearing it up, traversing out gates, and bootpacking up to steep fields of endless powder. It may not be what you’re used to, but in New Zealand it’s a necessary stop on your travels if you’re hoping to experience an authentic taste of Kiwi powder culture. 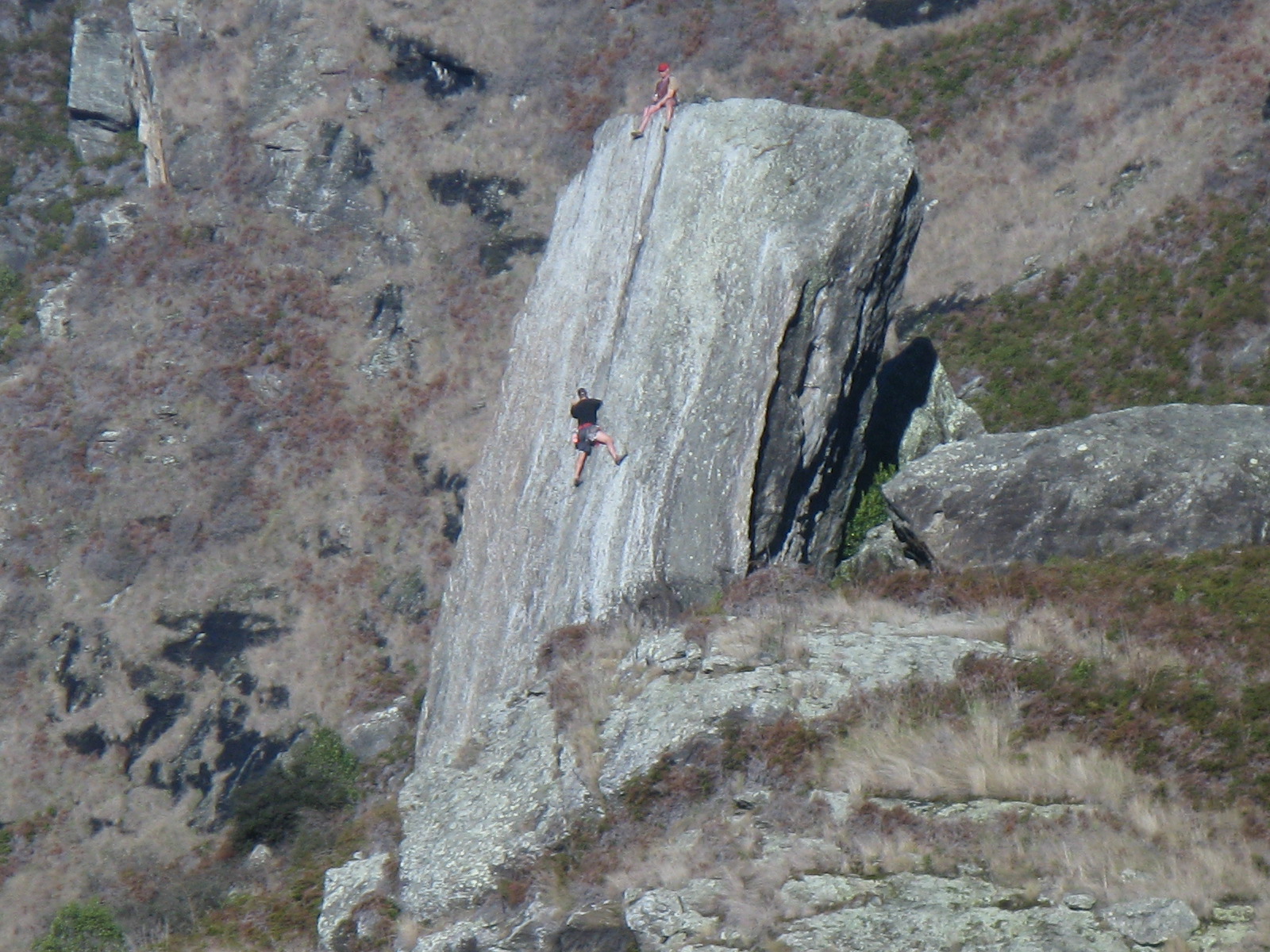 On the way back to Wanaka from Treble Cone you might want to pull off at the series of crags you passed on your way to the resort. Most of the rock climbing done in the Wanaka region happens in the Matukituki Valley, which is about 15 km from downtown. Past Glendu Bay is Hospital Flat where there’s heaps of climbing opportunities. This is the first spot you’ll hit when you leave the town limits of Wanaka. Most of the climbing in this zone is on schist rock and there’s a good mix of bouldering, sport, trad, multi-pitch and aid routes depending on what you want to get into. There are beautiful camp spots to post up at if you’re not looking to be in the downtown Wanaka scene, and a little rock session thrown in after a powder day at Treble Cone is a great way to wind down after another exceptional day traveling through New Zealand.

By now you’ve covered a good chuck of the major highlights while traveling on the south island. While there are still innumerable opportunities for adventure, after a trip to Wanaka, it’s time to check out New Zealand’s “adventure capital” in Queenstown, and hit up the one place that many international travelers come to New Zealand to experience — World Heritage site Milford Sound. On the road again.

Stay Tuned For The Fourth And Final Part Next Week.