New to Singletrakc 6, stage three was hosted today in the city of Cranbrook. After waking up in Fernie, riders were transported approximately one hour to Cranbrook prior to the start. Surrounded by majestic peaks on all sides, Cranbrook is emerging as the newest hot spot in the region for killer mountain biking, after years of relative anonymity. The active local cycling community agreed to let a few of their coveted trail secrets out of the bag for today’s stage. With such a different style of riding today, it kept everyone on their toes. The field saw some big shifts in race standings and a phenomenal wrap up of Singletrack 3. Cranbrook may not be known wide and far for its riding, but today's feedback from the field showed that this may be short lived. 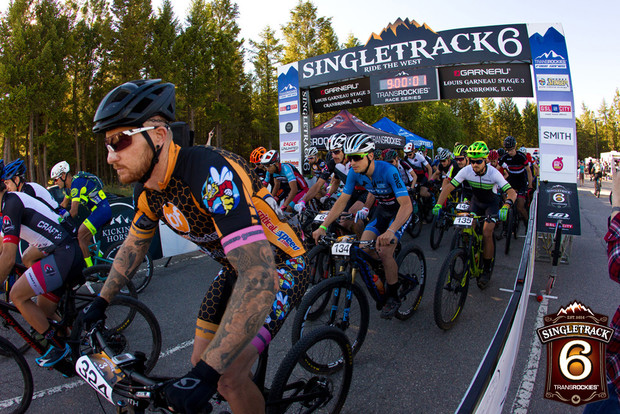 Stage three consisted of two completely unique loops. Starting with the inner loop and rolling out from the Community College, the course climbed gently on tarmac, giving riders a proper warm-up. Off of the tarmac and onto Loggers Lane put riders onto their first singletrack climb of the day. Continuing through Community Forest, smooth singletrack gave way to some tighter climbs and descents and the high point of the day. The pattern of short climbs followed by rewarding descents was the norm on the inner loop and took riders to the first checkpoint at Kettle Lake. 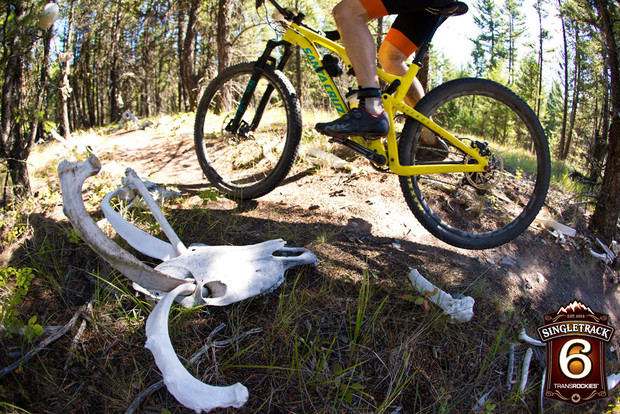 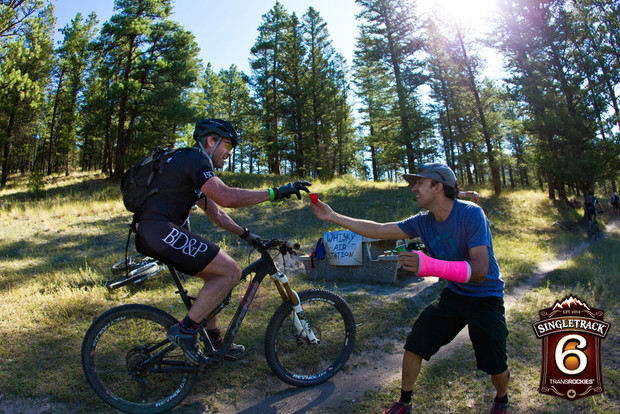 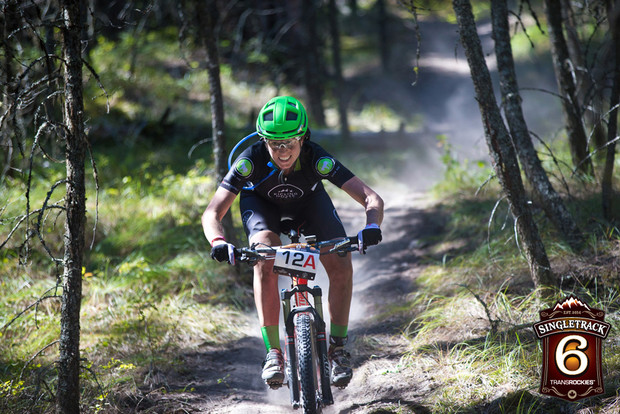 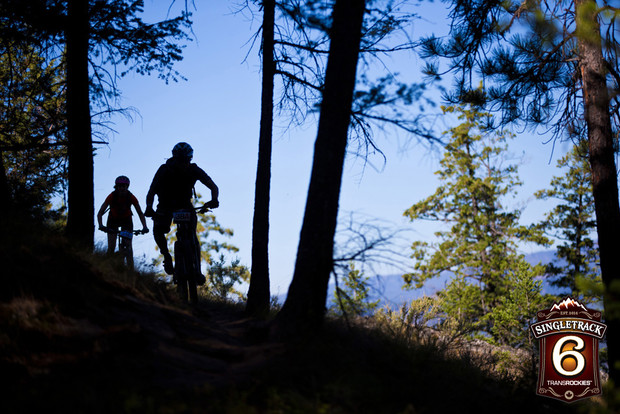 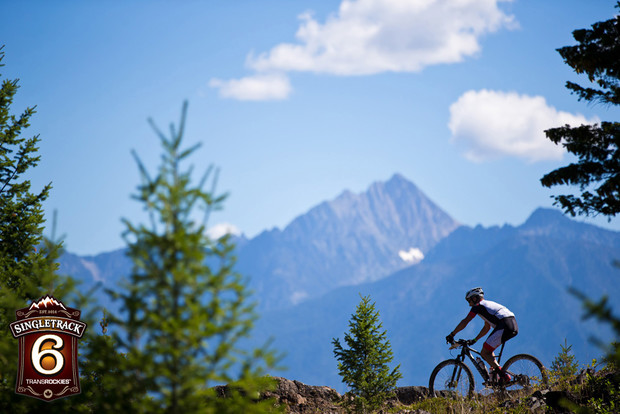 Upon tackling the second major climb of the day, riders encountered steeper and more technical riding on Hobgoblin. After some high-speed, sometimes grassy descents on Migor, the final climb on Bonehead was up. From this point, racers only had a couple short climbs followed by fast and fun descents to finish out the day. The final high speed descent on Roller Coaster left riders pretty pumped on the day as they rolled back into the finish at College of the Rockies. 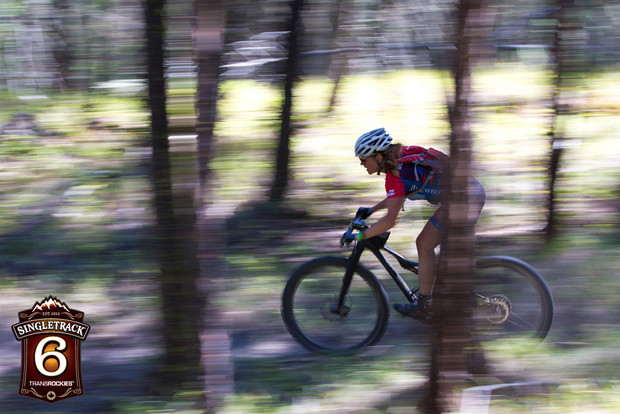 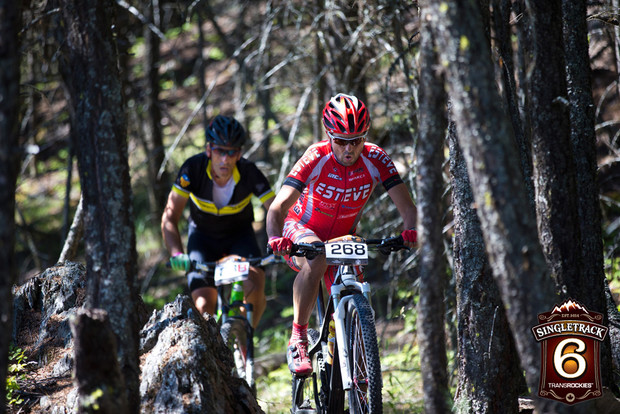 Faces in the Field

They make ‘em tough in New Zealand! You may have noticed someone missing
from the field today and that someone was podium contender Kim Hurst. Since a
vomit inducing crash in Moab, she’s been struggling with her right hip.
“I'm absolutely gutted to have to pull out of the race. I was buoyed that it might
hold out when I completed the stage yesterday but it was much worse today.”
Kim learned that the reason her hip was worse was because she fractured her
greater trochanter avulsion and has swelling in the glute tendon. And yes, she
rode her mountain bike on that hip for nearly 67 km! In Fernie!
“You've got to go a long way to beat New Zealand riding but the places we've
been to in Canada have been spectacular; particularly Fernie! The views have
been epic and the singletrack incredible with its root smattered technical
features.”

Kim will still be around at the race for the duration. “I’ll be supporting my partner
who came here with the aim of completing the race - so we could cover it "front to
back"! One of us needs to take a finisher's medal back to New Zealand so the
pressure is on her!” Thanks for showing us what grit looks like Kim! Heal up and
we hope to see you next year. 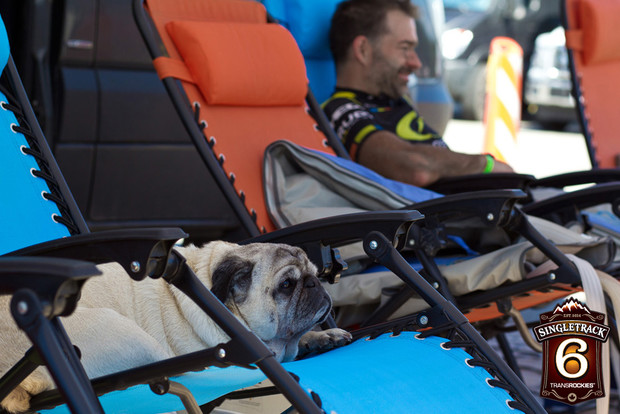 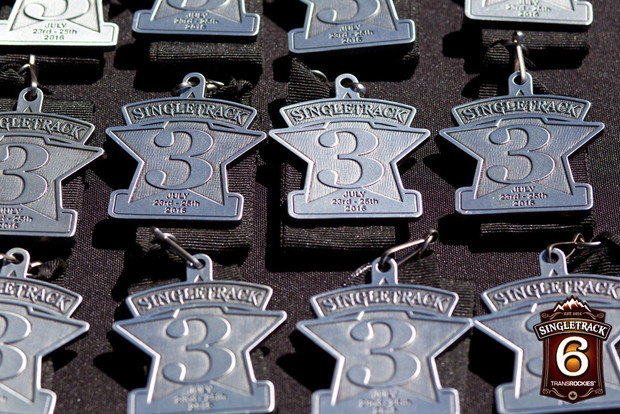