Snowboarder Julie Zell On Her Win at Beartooth Basin, Battling Injuries, And Being a Mom 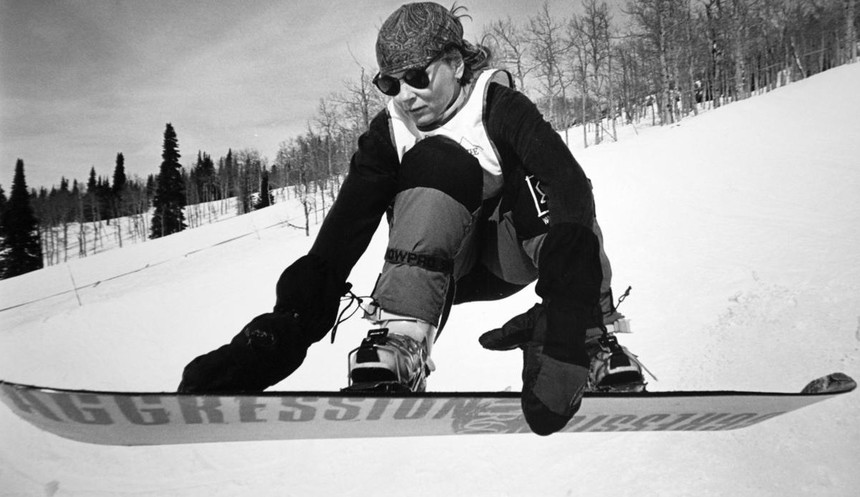 It wasn’t even guaranteed that 50-year-old snowboarding World Cup champion Julie Zell would ride in Beartooth Basin’s Summer 2018 Shred Fest. And absolutely no one expected her take home first place.

Zell was offered a VIP wildcard for the competition about a month ago, and after spending more time on the snow this year, Zell decided she would compete in a freeride competition for the first time in two decades.

In an Instagram post the day before, Zell described the less-than-optimal conditions of the course and contemplated dropping in the next morning. If the snow didn’t soften up, she would sit out the comp.

“I wasn’t going to do anything that was going to jeopardize my head or body hitting any rocks,” said Zell.

Conditions didn’t quite clear up for the comp, but Zell and her competitor, Jackie Folkard, were hungry to compete. Eyeing their safety, they opted out of their original line, instead picking one of the other side of the venue where there were less rocks.

But the run was still not entirely without risk. “Beartooth pass is no joke; it is steep as hell and there is no easy access point from the cornice,” she said in a Facebook live post after her win.

Zell broke ground for women in snowboarding and all winter sports back in the 90s, with features in TGR’s films like Continuum, Harvest, Uprising and The Big One. Though her winning run at Beartooth reiterated her talent and capabilities, she wants her fans to know that she is, in fact, still in retirement.

“My old ending is still an old ending,” she said in her Facebook live post. “It was just for fun but hell, you never know, if I’m healthy and strong next year I might do it again.”

In the past few years, Zell has been nursing her body and brain after a set of injuries that set her back. “I decided I needed to get ahead of the game on my health, and not wait to get diagnosed with something and spend my life fighting my way back as I get older,” she said.

She also wants to spend more time with her son Ronan, who competed for the first time this past year, winning his age group at an IFSA Comp in Jackson Hole.

“Snowboarding has been my inspiration to do more with [my son], and I want to show him how you work towards achieving a goal,” she said. “It’s so much more powerful than just telling someone how to work towards a goal.”

Even though she has been supportive of her son getting out there and riding competitively, she wants young riders to know their limits when it comes to taking risks.

“My big thing I always tell young people, including my son, is that you always choose your own line and pick the one that speaks to you. The mountains don’t always have a warm hug for you; sometimes they have a big slapdown instead,” she said. “It’s important to trust yourself and understand when to say no to riding the hardest line.”

Zell has gone through many tough years between the end of her snowboarding career and the past few years, including the loss of her brother and her parents along with injuries that took her away from the mountain altogether. 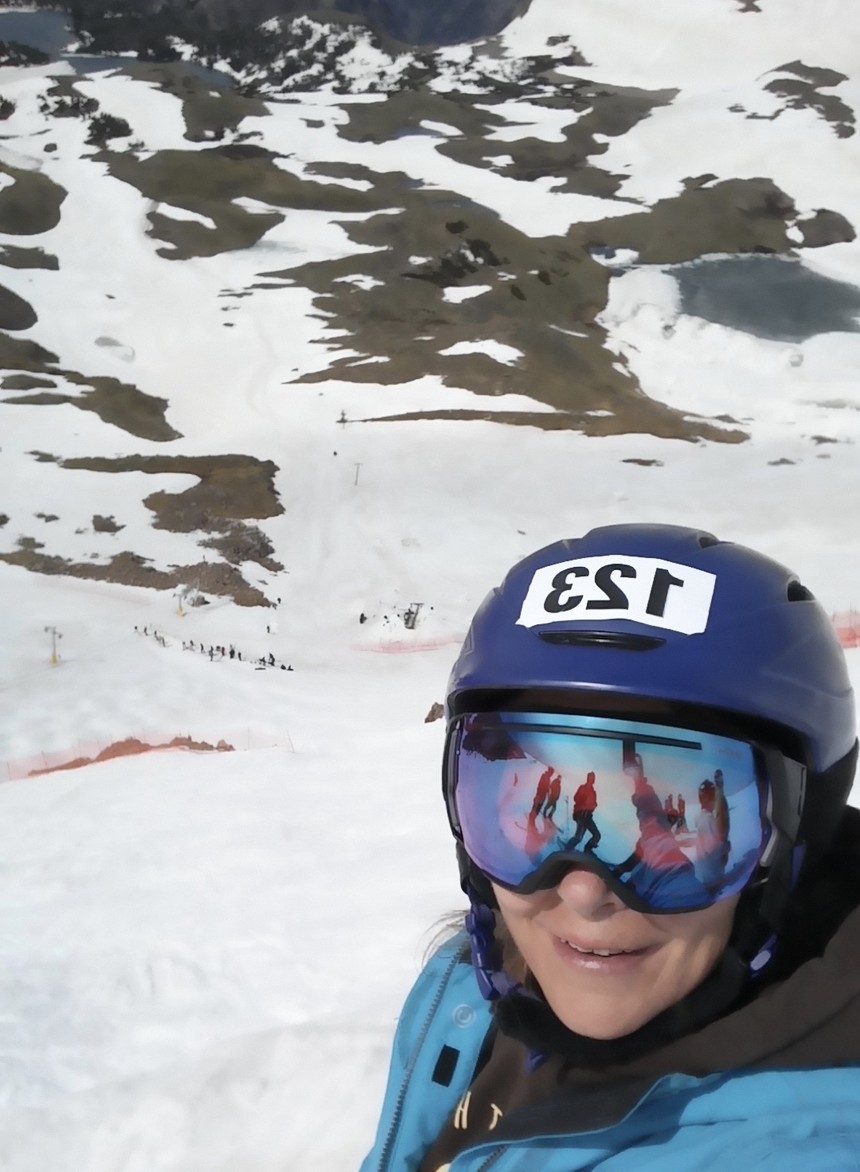 Channelling her inner millennial, Zell didn't forget to snap a selfie at the top of the basin before dropping in. Julie Nell photo.

“I could barely stand on my feet in the morning without having pain and limping and some cognitive issues,” she said. “As I get healthier, I’m just taking the path that’s pushing me a little bit but not putting me at risk.”

“It’s funny...you put the number on, you get to the start, and no matter how many years you’ve been doing it, you forget how old you are.”