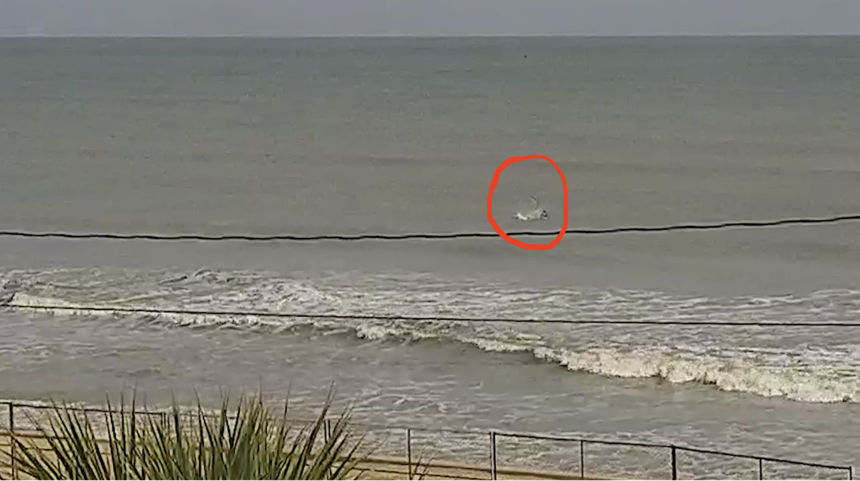 A screen grab from Surfline's Bethune Beach cam with the aquatic culprit circled in red.

Since 2016, Volusia County on Florida’s east coast has had a reported 23 shark bites on humans, giving them their not-so-glamorous title of the “Shark Bite Capital of the World.” Kara Haun, who had a recent encounter with a spinner shark, might be considered lucky that the fish only landed on her. "It kind of felt like a car landed on me,” said Haun to News Six after she was safely ashore. As terrible as that sounds, she somehow only sustained bruising, a black eye and general soreness. Surfline’s Bethune Beach cam captured the absurd scene.

"I had no idea it was coming. So, I was laying on my board face down, just looking out into the ocean waiting on the next wave, and it landed on top of me really, really heavy and hit me in the face and knocked me off my board," said Haun. Strangely enough, this isn't the first time a shark has launched itself remarkably close to a surfer. But as terrifying as that must have been, it doesn’t seem like this will keep Haun out of the water for long. "I'll probably go back out there tomorrow, just to get back on it," she said. "Just to make myself get back on the horse." That’s some serious dedication, but it’s hurricane season in Florida, so can you really blame her?