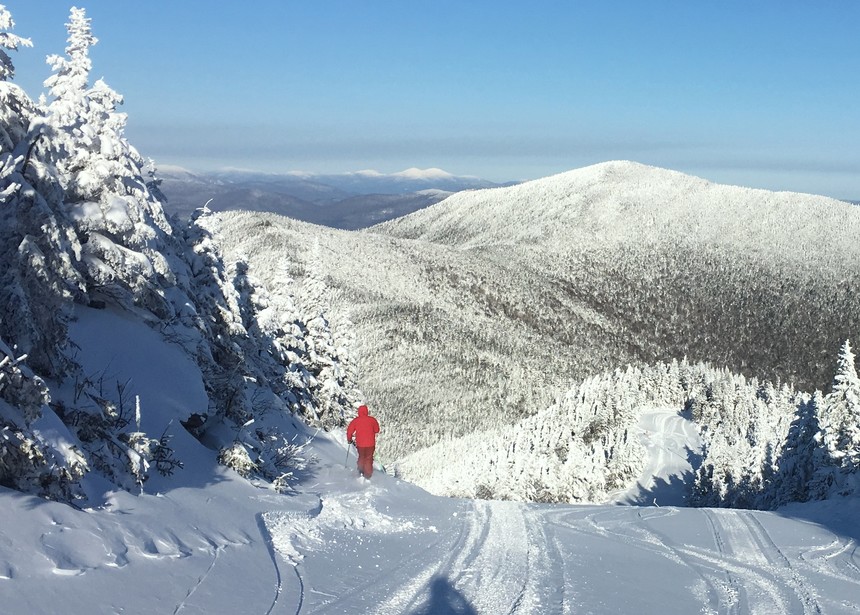 Smuggs holds a special place in the hearts of many a northern Vermont skier. Smugglers' Notch photo.

And, as we always do after the Stokemobile visits a new resort, we want to give you the 411 on how to best enjoy the resort known warmly as Smuggs. But fair warning: Smuggs is one of the mountains the author of this piece learned to ski on, so the following article may be laced with a fair amount of nostalgia. Here's what you need to know.

Unlike the resorts in southern Vermont, Smugglers' Notch isn't exactly within spitting distance of the major Northeast metropolitan areas. Smuggs is a cool six-hour car ride from New York and about four hours from Boston. But, if you're willing to put in the hours, Smugglers' Notch is fairly easy to get to and you'll be rewarded with one of Vermont's hidden gem resorts.

If you're coming from New York City, take I-95 North to I-91 North in Connecticut. Follow I-91 to I-89 North in White River Junction, Vermont. Take I-89 to Exit 10, at which point you'll get on Vermont State Route 100 North to Morrisville where you'll get on Vermont 15 West to Jeffersonville. There, you'll get on Route 108 South and follow that to the resort. For Boston, you follow the exact same directions from I-89 in White River Junction, but you take I-93 North to get there. 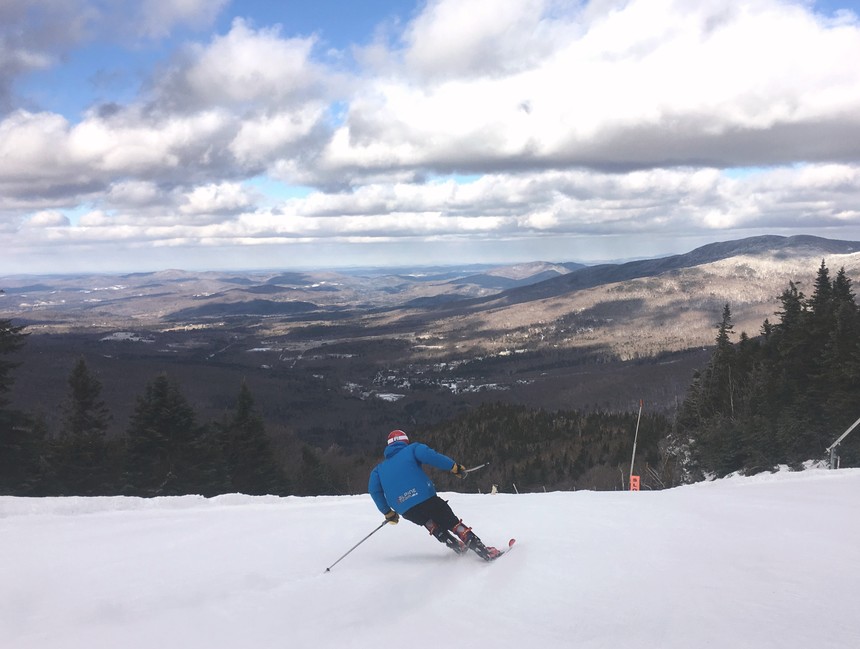 Smuggs has everything from slick groomers to traditional Vermont glades. Smugglers' Notch photo.

Once you get there, due to the fact that Route 108 to nearby Stowe is closed in the winter, your options are basically to stay on the mountain in the resort lodging or make the schlep to-and-from Burlington. The on-mountain condos offer solid stay and ski deals, particularly if you have multiple people in your party, and Burlington is the biggest town in Vermont and has a solid nightlife, so it's up to you to decide what you value.

As far as getting grub goes, if you're looking to really feast before you ride at Smuggs, you need to stop by The Family Table in Jeffersonville.

The restaurant prides itself on giving you bang for your buck, and makes some of the best home fries you'll ever taste. The Benedicts are all great, and for around $10 will give you enough fuel to get your morning started and ride through lunch if you don't feel like stopping. If you just want a great cup of joe and don't mind driving 10 minutes away from the resort, Dream Cafe in nearby Johnson serves up java that will have you humming.

Smuggs might not get the same attention as the neighboring Stowe Mountain Resort, but it's not due to lack of great terrain. Smuggs boasts a formidable 2,610 feet of vert, which is the fourth most in New England (and more than Stowe) and features the only triple black diamond trail in Vermont–The Black Hole. If you're really into the steep stuff, Black Hole features a sustained pitch of around 40 degrees and is consistently ranked among the most difficult lift-accessed trails in the United States.

But, if you aren't quite so masochistic, the beauty of Smuggs is in the variety of its terrain. Ski Mag always votes Smuggs as having some of the best variety in terrain in the East, and the resort is renowned for how well it caters to families. If you're looking for the run that is most consistently stellar on the mountain, your best bet is to probably hit Doc Dempsey's Glades.

The unfortunate reality of having Route 108 closed to Stowe in the winter is that the après scene around Smuggs isn't too active. 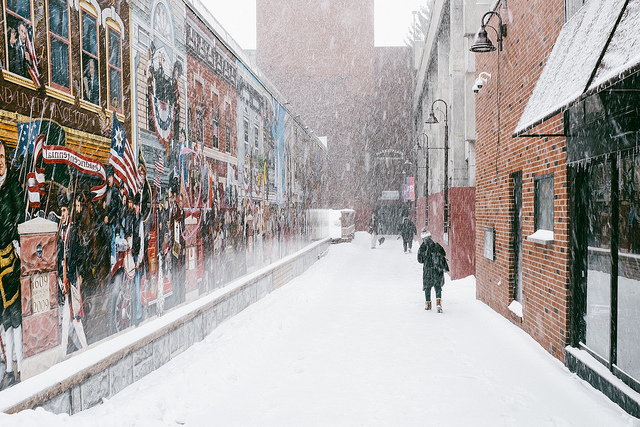 Burlington is always beautiful, but it has a special quality when cloaked in white. Scott McCracken / Flickr photo.

If you want to stay around the resort, your best option will be the Brewster River Pub and Brewery. It's a locals haven, with all the typical pub fare you would expect out of a good après spot–wings, nachos, burgers, etc.–with an awesome selection of Green Mountain State brews.

If you're looking to get more active with your après, as we stated, you'll likely want to stay in Burlington. One of New England's truly great cities, Burlington has a vibrant nightlife scene with more bars than you can shake a stick at on Church Street and College Street. Our advice? Walk around town and poke your head into every pub you pass until you like the vibe, but if you need a recommendation, Half Lounge is a sure bet.