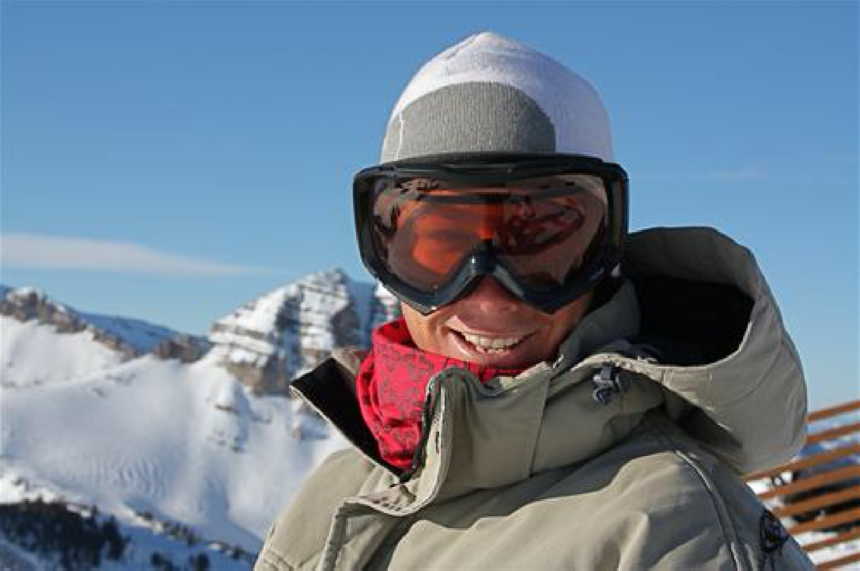 Not too long ago, we wrote about professional surfer Ian Walsh joining the JHMR Athlete Team. Unknown to most, there is quite a bit more to that story and Walsh’s connection with TGR. It’s possible that had Walsh not met the Jones brothers more than a decade ago, he might never have strapped on a snowboard or even set foot in Wyoming.

It all started in 2003, when TGR sent a crew to South Africa to film a FUEL TV segment with Billabong. In Durban, they met up with surfers Ian Walsh, Jamie O’Brien, and TJ Barron. The group immediately clicked. “It felt like we’d already known each other for years,” said Walsh.

Unsurprisingly, the TGR crew told the surfers that they should try snowboarding, specifically in Jackson Hole. Walsh was initially dubious. “I had never imagined Wyoming as the Mecca of snowsports,” he said. “Growing up in Maui, it seemed so foreign to me. I had no idea that it was a place with incredible snow and beautiful mountains.” However, after spending enough time with such die-hard shredders, he was convinced to give it a try. “We were excited to get some of the world’s best surfers into the mountains,” said TGR co-founder Steve Jones, who shot the segment. “They were so fired up on the idea of snowboarding, and we were stoked to show them around our backyard playground.”


The TGR crew then headed to Jeffrey’s Bay, a legendary break on South Africa’s southeastern coast, to do some filming for NBC’s World of Adventure Sports with Andy Irons. There, in addition to Irons, they met Joel Parkinson, Mark Occhilupo, and Shane Dorian. They too were all interested in giving snowboarding a try. By this point, it was clear that something special was in the making.

The following January, the crew gathered in Jackson Hole for a week of shredding, and Walsh immediately took to Jackson. Looking back, he said that it reminded him of a little town he knew on Maui. In a stroke of luck, the surfers happened to nail a week of heavy snowfall. On the first day, they got their feet wet cruising around the resort with Jeremy Jones. “We were such kooks,” said Walsh. “Shane and I rented boards with nose- and tail-guards and old leashes.”

On the second day, feeling a little more confident, the surfers went heli-boarding with Jeremy and the TGR crew. While that might sound odd to those of us who spent years on the bunny slopes with our parents, keep in mind that these are professional athletes being taught by some of the best in the world. The traditional learning curve doesn’t really apply under such abnormal conditions. “Most of them had never seen snow - let alone tried snowboarding,” said Steve. “On the first day we took them straight up the tram, so they didn’t really have a choice but to learn fast. Luckily, these are guys who are used to being in consequential situations. Needless to say, they picked it up pretty quickly.”

Ian Walsh on a 2008 trip to Jackson. Todd Jones photo.

Walsh was hooked. Reflecting on the experience, he waxes rhapsodic on the kinship between surfing waves and surfing deep powder, saying: “There are similar body mechanics; someone who can surf relatively well can translate that to a pow day. That’s what is special about both snow and surf - once you get into the groove there’s no time for thought. Everything else drifts away and you’re locked in to what you’re doing.”

With such a unique introduction to snowboarding, it’s no surprise that Walsh stuck with it. Fast forward a few years, and he was going on surf/snow trips to Chile with Jeremy and the TGR crew. “That trip was special,” said Steve. “We had world-class surfers like Ian taking world-class snowboarders like Jeremy into super consequential breaks, and vice versa. Those were some gnarly waves - Ian broke a board on his jaw, but it was almost the other way around! It was inspiring to see them pushing each other into the upper echelons of their respective sports.”

These days, Walsh makes a couple of trips to Jackson every year. “I never want to miss a winter here. I’ve only ever known steep and heavy terrain with high quality snow,” he says. It certainly sounds like he’s got his finger right on the pulse of what makes Jackson special - which is probably a big part of why JHMR invited Walsh to join the mountain’s athlete team in the first place.


Looking back on the entire saga, Walsh wanted to throw in a shoutout to the town of Jackson: “The biggest thing that drew me back was the people there. The reality is that I wouldn’t have made it to Jackson for a long time if I hadn’t met the guys from TGR, patiently showing me around the mountain,” he said. “I’m forever grateful to Steve, Todd, Jeremy, and the rest of the TGR family for sharing such a special place with me.” Steve has a similar reaction when reflecting on the connection between Walsh and TGR: “I’d like to equally reciprocate that gratefulness. Ian has been so generous, from inviting us into his home to showing us the local scene on Maui. We’re stoked to keep working with him on future projects!”