Every scene in snowboarding has people who stand outside the fold. People who don’t care about what other people think. People who ride the rowdiest shit. People who cheer for you even if you aren’t able to ride the same gnarly lines that they can. People who travel where they want to, pay for their trips themselves, and don’t care if anyone is filming. They do it because they want the challenge and want to push themselves as far as they can go. Podiums, money, and photographers are an afterthought.

In freeriding, these athletes are the OG splitboarders, snowboard mountaineers, and billy goats. They started hiking, rapelling, and making powder turns in the backcountry before Jeremy Jones turned away from helicopters. 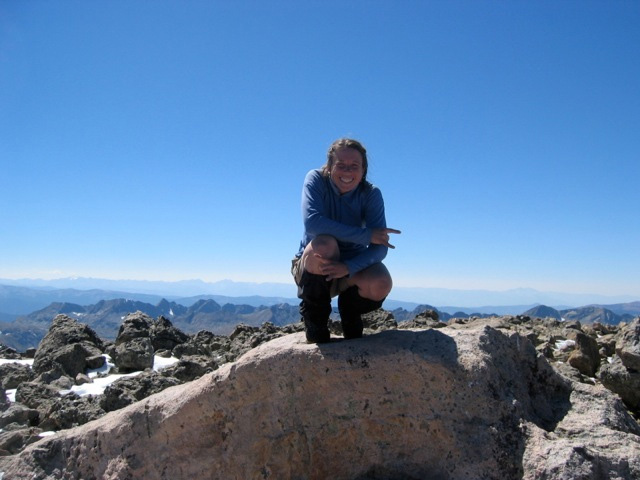 Susan Mol pretty much won every major big mountain snowboarding title, including the North Face Masters and Freeride World Tour, while she was a ski patroller at Crested Butte. Known for fearlessly riding exposed, technical lines, Mol is a legend in the freeride community.

She isn’t someone whose Alaska shots make TransWorld Snowboarding. Yet most people would tell you she rides bigger, scarier lines than any woman alive—whether it’s on skis or a board.

We caught up with Susan in the midst of a busy winter of riding and traveling. She shared her insights on why she competed, living with an athlete’s mentality, and how she paid for her powder search with a seasonal window-washing business.

How It All Began

I grew up as a snow bunny, for sure. My mom taught skiing in order for us to basically have free babysitting. While she and dad were dancing at the bar till late my siblings and I were sledding on cafeteria trays with all the other unattended children!

I started snowboarding when I was 16. My little brother, Mark, was snowboarding and for some reason that looked like more fun and I became jealous. It was a bit rebellious to slide sideways at that time. I was ski racing at the time and was getting bored. I took a lesson and my initial experience at Big Boulder Ski area in Pennsylvania changed everything. Snowboarding was my freedom and social outlet throughout high school. Then I tried to do the college thing but all I yearned for was to be in the mountains. I traveled the USA looking for “mountain colleges” landing in Seattle for a stint and then Crested Butte, Colorado. 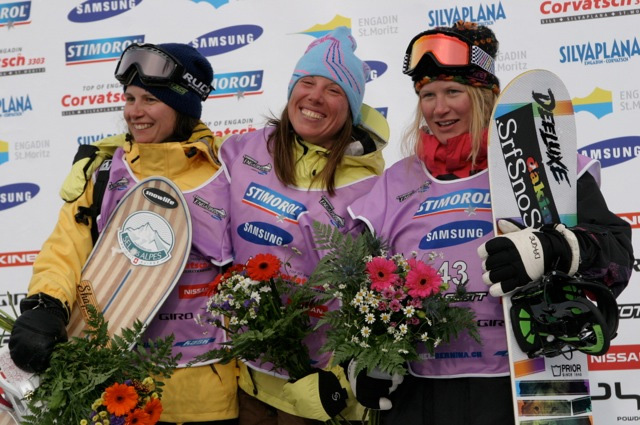 Dropping into the Competitive Scene

I moved to Crested Butte in the late 90s and was driven by extreme snowboarding. I really enjoy exposure and no fall zones. My first competition I got dead last, then third, then first. Then I think I got dead last again. I was so committed. I either crashed and burned or was on the podium.

Then 9/11 happened and it seemed as if the entire freeride industry flopped. I figured that chapter of my life was over. I actually started skiing again. I bought skis with some Boarderfest prize money and made the Crested Butte Professional Ski Patrol.

When The North Face and MSI brought back freeride snowboard comps my friends dared me to enter. I won the first event in Snowbird and ended the season as the North Face Masters Tour Champion. In 2009 I won the Crested Butte, qualifying me for the Freeride World Tour event in Squaw. I won that and was invited to compete in Fieberbrunn, Austria and then finally Verbier, Switzerland, where I was crowned World Tour Champion. It was quite the whirlwind! I managed 2nd overall on the FWT in 2010 and then broke my femur training early season in December 2011. I haven’t competed since.

One Plank or Two

I skied for income patrolling at CBMR and guiding at Irwin. The only time I went snowboarding was competing. I love skiing as much as snowboarding. I can choose whatever tool I want for that ascent or descent, getting the best of both worlds. If snowboarding is the right tool for that peak and those conditions, I will snowboard. If skiing is better for that particular tour, I’ll ski.

Guiding and patrolling on a snowboard is difficult. I give the guides at Silverton mad credit. Snowboard guiding requires a lot of pre-planning. You can’t do a kick turn in the middle of some exposed zone or climb back up to access a different zone. Snowboarding is more committing. 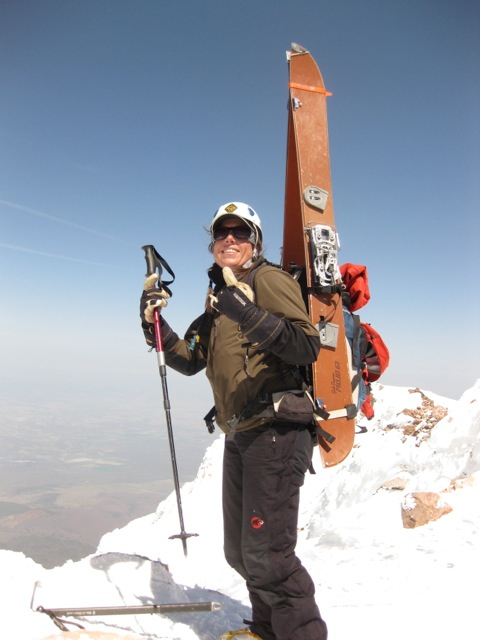 The Reality of Seeking Sponsors

I’ve always really struggled with the sponsorship thing. I try really hard not to get sucked into the who’s who, or where I see friends in a magazine, or getting free stuff. I’ve never been a partier and therefore rarely met the “right” people. I took competition very seriously. I probably took myself too seriously. I think with sponsorship you have to be in the right place at right time, and super cute doesn’t hurt either. I’ve never been comfortable selling myself.

It’s one thing to get to product. It’s another thing to get money. Airlines don’t give a rat’s ass who you are. They want you to pay your airline ticket. Even when I was Freeride World Tour champion, I couldn’t get money. I stayed with small, local companies. Venture and Loki helped me out a lot then. I have approached quite a few sponsors. They were interested, but the human connection was missing.

I know I earned every iota of everything that’s come about.

A lot of times I wasn’t showing up at SIA and other big networking events because I was working. I wonder now if I hadn’t been so focused about making money on the outside what would have happened. There is a hard balance if you don’t have some kind of straight-up financial sponsorship. 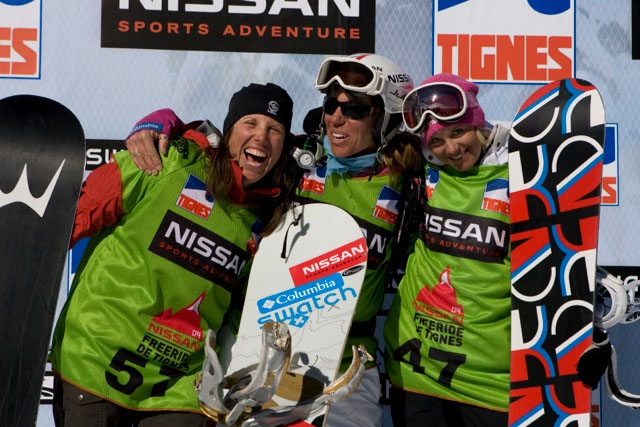 The Competitive Edge—and its Dangers

When it comes to being an athlete and being competitive, there are a lot of highs and lows. Depression has probably driven me to be a successful snowboarder but it also can take everything away in the blink of an eye. It wouldn’t have been that way if I were a mellow person with a laid back approach to life.

I took my “Fuck it, you only live once” attitude to Alaska. I ski patrolled part-time at Alyeska. Darkness was a huge struggle. Alaska will eat you up and spit you out. I didn’t come back with everything. I totaled my truck 18 miles into the drive through AK, but somehow managed to get myself back to the lower 48 by April. It beat me down raw, I’m a little different now. When I decided to go to Alaska, I had lost six friends in a short period of time and the last person was someone I truly loved. I realized how short life could be, and while that’s a true statement, I now realize you have to live life to the fullest with grace and mindfulness.

I’m on the high side now. That’s how depression works. You can use it to your advantage. You have these holes from the dark times now filled with passion and excitement. Most people would’ve stopped at average. I think honestly that’s a part of an athlete’s personality—all or nothing. 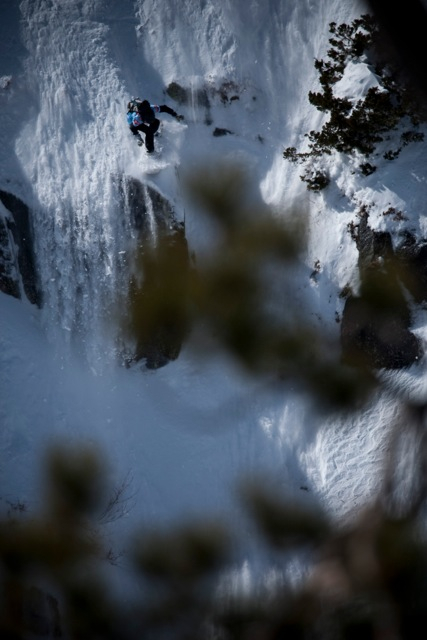 Washing Windows to Stay on the Snow

I have a window cleaning business. It was actually a joke with a photographer friend of mine, Ralph Kristopher. We were brainstorming, “How are we ever going to just work in the summer and ski in the winter?”

The second year in business we contracted a few mega-mansions. We were using his Jeep and my Honda Civic, which looked really funny with a 32-foot ladder on it. The third year, I bought a truck and made the business legit. I took over the business the fourth year when my partner wanted to pursue his passion for photography.

Window washing is a very feast or famine business in Crested Butte. Sometimes I will have a five-person crew; sometimes it’s just me. I operate for six months from May-October, enabling me to find freelance work in Japan or go to AK for the winter. It keeps me in great physical shape and keeps my mind sharp because monkeying around on ladders is dangerous. I do the risk-reward game even at work. It helps me judge things. If I am looking at window, I think, if that were a cliff, how high would it be? It conveniently ends at the end of October and I can’t really start up again until the snow melts. 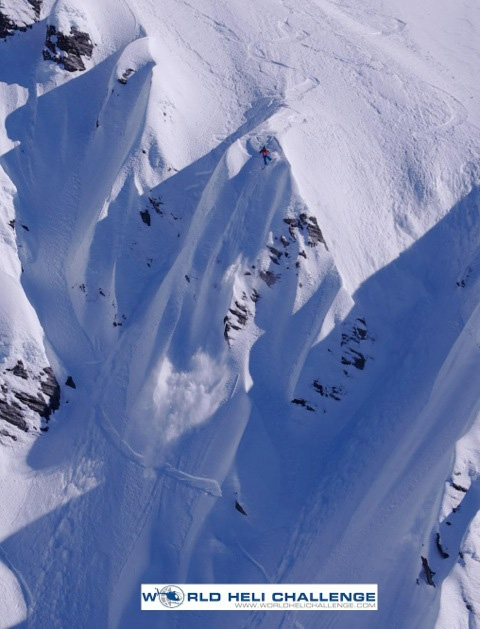 Looking to the Future

I’ve never really been comfortable in the air. I always liked exposure and picking my way through the rocks. I’m trying not to be such a billy goat and more of a powder slut. I’ve gone to the far reaches of the planet for more snow, better stability, and new experiences.

In Japan, I’m not looking for exposure. I’m going for the deep pow—the deeper the better.

I think that Alaska will always be the childhood dream, that unattained moment in time. I still fantasize about the fluted spines. That is still the goal. Even though I am going to Japan, that goal is still there. I feel like I barely scratched the surface, twice in the spring and once all winter.

I don’t really have a bucket list but maybe it’s time for that. Japan wasn’t even on my agenda. It was an opportunity and I am really good at taking an opportunity when it presents itself. All that working has bought me some freedom after all. 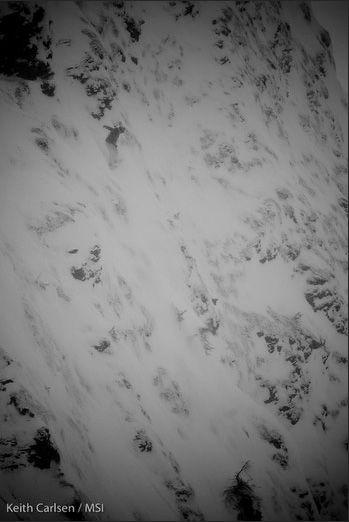