Swinging For the Stars in Wyoming

Back when I was in the oil business, I could drive all night at the snap-crackle-pop of my cell phone. 'Black gold' provided the motivation and remains an accurate description. Drive to another state, spool down some electricity and radiation via wireline, and process out a map of geologic features for clients in town. When I saw black animal apparitions on Hwy 28 as I made my way to Lander, I realized those days are shoe boxed away. My stamina has shifted to much better areas. Time to pull over. 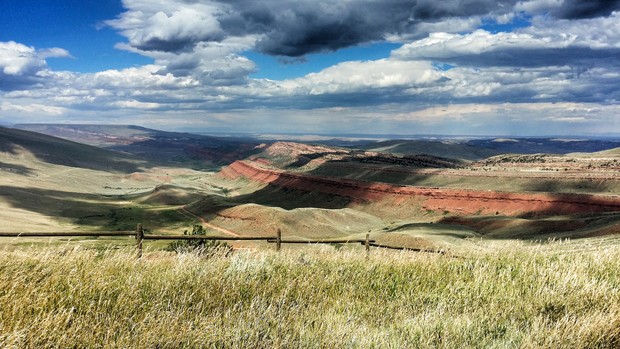 In the patchwork of all the places I've called home, Wyoming is a strong stand out. "There's no surfing in Wyoming. If you're not from there, why do you care?" is what I hear at counters across the country when I rock one of my favorite T-shirts. I could mimic a Bill Hicks routine over these opinions. Have you heard all the cliches and dime store opinions? I-80 is "barren"? If you only knew some of the offshoots, ma'am. The wind? Be original, dude. Saying that, I've grimaced getting sand blasted suddenly by a gust. Ever load a vehicle and have the door chop you at the back of the knees? I didn't know whether to cry from frustration on bad days or swing my fists into the nothingness. And that's the hook to my insatiable affair with Wyoming: It will hold a mirror to your soul and test you. By lye, phosphorous, or the searing heat of honest self-examination, any serious time spent here will change you.

These articles are now letters of affection to this place.

Absolutely inspiring! (5:45) "There's no such thing as bad weather, only soft people."

Breakfast at Lander Bake Shop was perfect for washing down the sea foam feeling from my mouth. Another must is Wild Iris Mountain Sports. Get all the boss level beta from them. Gannett Peak Sports were very generous in information and biking stoke. Also corrected some online discrepancies! Elemental Fitness...this is as near magic as one gets for a place that loves climbers and outdoor enthusiasts. Camping at City Park is welcomed. If you've felt snubbed or want to see how beautifully supportive a destination can be, journey through the supposed Big Empty and discover the love for yourself. A refilled cooler and gas tank gave way to another intuitive hunt. Smiled as I sailed my land yacht down past Sink's Canyon and topped those asphalt switch backs. 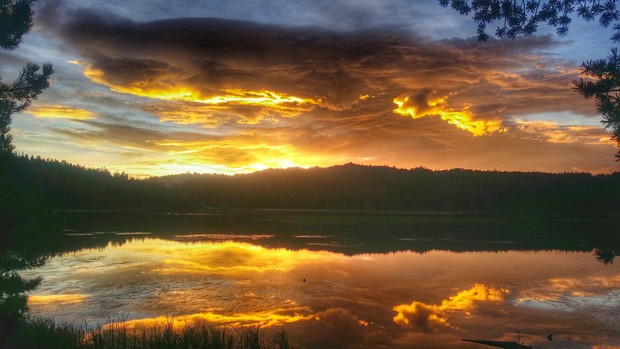 Fiddler's Lake is a damn dope spot! This was my first morning! Many happy kayak outings here. Found out what a pissed off beaver sounds like! This locale put me right next to Blue Ridge. Having just watched unReal and sitting through the rains, I was geared up fast to rip up it. The weather shifted for the worse after a time lapse was completed at the old fire lookout. More rain meant more writing so I was happy to chew through my own wood in the form of notebooks. Grumpy damn beaver... 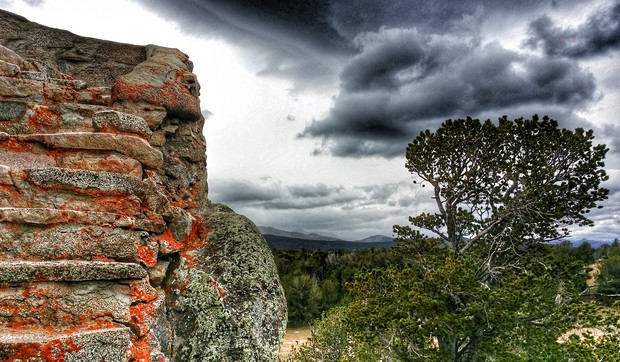 Johnny's was going to be dry according to local assurances. Do all of them if you can handle 8 miles on your seat. Red Ridge gave you a king's welcome over the desert. The waterfall run and Johnny Draw were easy fun. The real deal was rolling across Johnny on Top. Speed, step downs, and slabs of beautiful rock. Happy pedals these trails do make. Bag 'em! 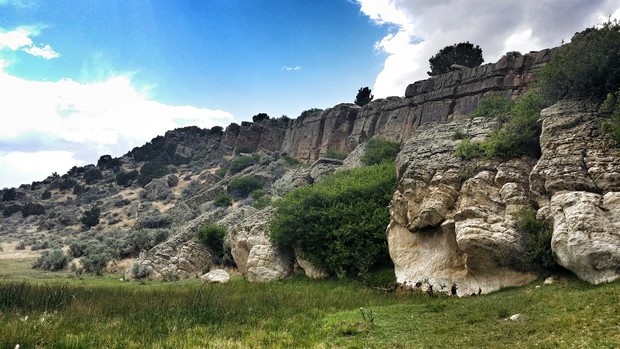 The Catalyst; I was excited about this one. Some great shred in the back country of Sink's. My thumb was stuck out to try and hitch a ride to the top. Fortune did not favor me in that regard. So I humped and pumped up those switchbacks that were so fun to drive. Not bad and worth the coming decent! Always remember that if you really hating the grind upwards. Most of the time it's worth the work for those turns! The trail was full fledged fun. Rock gardens, big views, tight forest sections; all interspersed with flow! Alluding to the milk and honey of mountain biking, this was bear country. I was yelling and singing along with my playlist. Based on the features and flow, pretty sure I zigged left onto Brewers. The forest and commanding joystick motion as I rode astride my bike reminded me of Pinecone from Park City, Utah. That's a major compliment and easy comparison for well traveled riders. A blaaaast no matter how you come down. Can't wait to go back and machine gun some runs down. 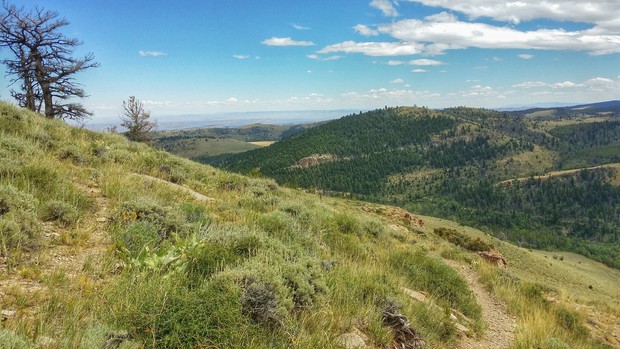 After that, met some fellows at Wild Iris and got to rock climbing. It certainly snagged my interest momentarily from biking. Also formed new friendships that day. A clincher to that was a conversation about being out with positive people no matter the obstacle, task, or issue faced. I don't hang well with Sour Suzie's or Dour Dan's. No thank you, keep that negativity to yo'self. For the record, Lander will be featured later and is the only spot I went out of my way to hit TWICE during this trip. It is that awesome. Don't go rushing to mark it on your map though; we do like it just the way it is. How it slips by so many folks' radar is an interesting topic. I might draw an arch back to those overly harsh and ill-fitting opinions mentioned at the beginning.

"I hate Wyoming but I love Jackson Hole. Oh, the Tetons!" Being an unofficial ambassador for places you love and stand up for offers up all kinds of jewels like that. Enjoyed all the country and towns from Lander to Wilson. Quite a spectacular drive if it's timed right. As was my modus operandi by this point, I stopped in at Wilson Backcountry Sports where I had bought a mountain biking book before. They were some of the most helpful and supportive folks of this entire biking adventure. The location of beautiful and free camping sites close by were told to me and, when I had mechanical issues later the next day, they turned me around in under 15 minutes. Nearly unheard of for a touring dirtbag. Then I visited these folks! 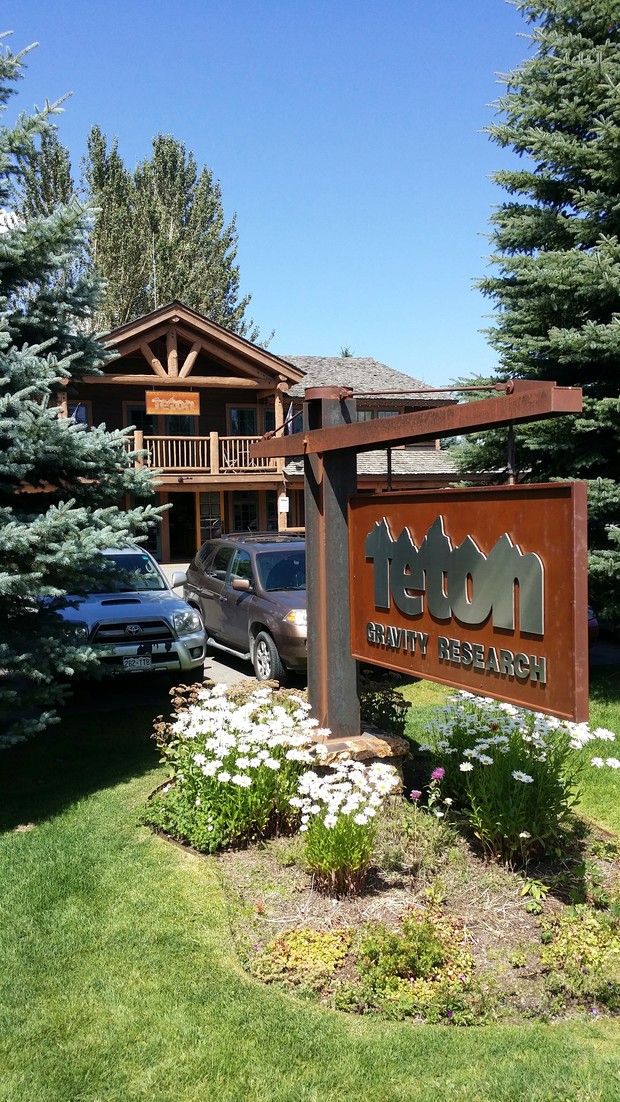 After a failed attempt to pedal up due to a loose cassette, I hitchhiked my way up to Teton Pass! It did not bother me one bit to be sitting deep in the back of a truck with spent 5.56mm casings. Only having time for one run, I decided on Blacks Canyon because Lithium seemed stout enough that I needed a run just to figure out its power. Lithium is the local favorite just so you know. Time to come clean: I'm rather tepid about railing my rubbers in and out of grizzly forests. None of us like surprises of that magnitude even armed with bear spray. Having a trail dog would have been exceptional at this point. Now out with the back country preparation and let me tell you about the 2,731' of descent! 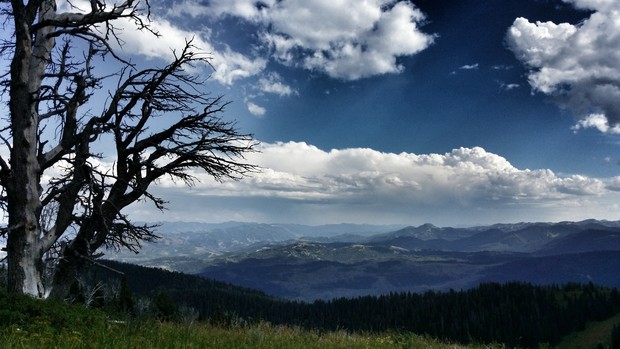 Ever seen a wire-guided missile? Totally not a metaphor for my ride down! Steep switches with loose dirt had me blowing corners. My turning skills just aren't that tight at speed. Ate some grass and weeds like a rabbit! It was fucking phenomenal though. Blown away passing fast in and out of forests and meadows. Stopped a couple times to catch my breath, rest my legs, and breath that wonderful air deeply. Felt like rain forest in certain sections. Slippery roots or hazardous rocks didn't phase me. Shoot through as fast as I could handle and soaked up the hits. Favorite part of the six miles down was dropping two feet into a cold creek and hitting the bottom of that one more foot down. SICK!!! Four crossings in total so don't cry to me about your shoes, city slickers. It was the only run I could get in but I was exulted at just having finished without any new meat holes bleeding out. I still get excited thinking and talking about Blacks. It is one of those runs that would be a must with friends!

In fact, what are you doing come spring? I'll ride point and be grizzly look out or bait. If Lithium is the gold standard, well, yeah, it's time to start getting a group of merry pranksters together and organize some down hill bombing runs off Teton Pass. These were just the opening salvos to the Wyoming excursion.