Tannery Knobs: A look into the future of Mountain Biking in Johnson City, TN

Tannery Knobs: A look into the future of Mountain Biking in Johnson City, TN 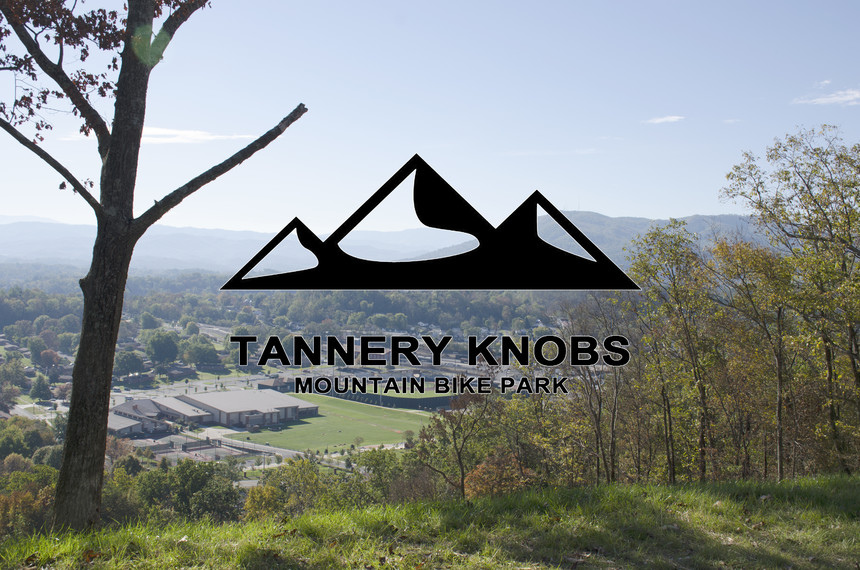 Mountain biking is on the rise in Tennessee mountain town, Johnson City. Yes, the town from Wagon Wheel that is in fact actually East from the Cumberland Gap. Surrounded by Knoxville, Boone, Pisgah, and within the Appalachian Mountains, Johnson City is a stone’s throw away from world class riding in every direction. With Tannery Knobs, Johnson City is looking to add their name to the list of “Must Ride” areas in this region.

Sunday morning, I stood with Chad Wolfe, of the Tannery Knobs Task Force, on a flat section at the top of the knob where the pump track will soon be built. The beauty of the view overlooking Johnson City towered by Buffalo Mountain poised in front of the Appalachian range cannot be justifiably captured in any photo. Over 40 acres of land was donated by the Summers family of Johnson City for this project. What makes Tannery Knobs so unique is the site location. The trailhead sits less than a mile from Yee-Haw Brewery & White Duck Taco (as any mountain biker knows, beer & tacos are dietary staples). There will be parking and amenities at the trailhead, however, Tannery Knobs is aiming to be a “ride-to” destination from Downtown Johnson City. 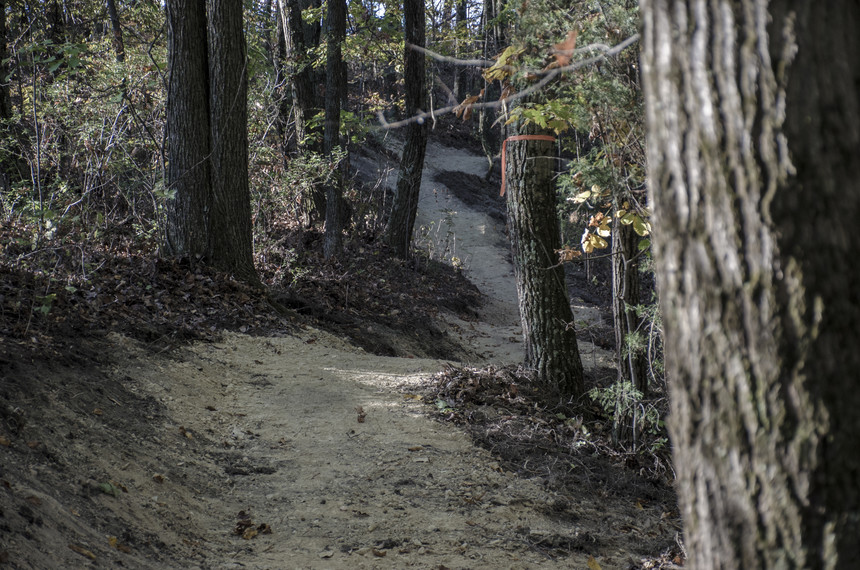 “It's about the experience. I'm coming here, I don't care if it's right after work, with myself or with five of my friends we're going to get some hot laps and then obviously we're going to go downtown and shop, eat, & drink at the breweries. I mean it's an experience, a very European experience” - Chad Wolfe, Tannery Knobs Task Force.

While bike parks are no new concept, Tannery Knobs wants riders to view it as more of a playground than a trail network. Rather than focusing on how many miles of trail riders have available to them, Tannery Knobs will put emphasis on how many ways a rider can choose to descent. This will offer a unique approach outside of other bike parks in the region such as Rocky Knob in Boone or Urban Wilderness in Knoxville. The trails will always intersect on an upward slope, so it acts as a natural speed check. This will help riders prevent collision by not being able to come into intersections at high speed.

The park is designed to progress riders’ skill levels by including different features such as rock rolls and natural gaps, purposefully integrated into the trail so beginner riders may not even notice as they ride past them. This will allow less experienced riders to focus on what is ahead of them, without mentally intimidating them, while more aggressive riders will be able to seek these side hits out. This concept is very easy to imagine when you start to picture it like a ski resort. Also, like a ski resort, all trails will be directional allowing bikers to ride downhill while trail runners run up hill. 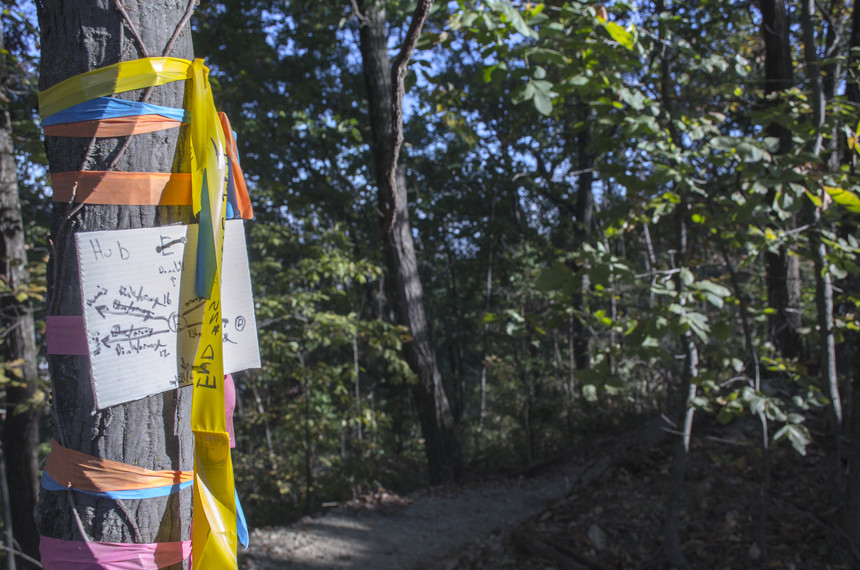 “This is a bike park and the difference between this and a Ride Center is the playground aspect. We're building amenities along the trail systems in a specific places. There's not a rock up here that's not there on purpose, it does something. Everything is planned on top of that. It's very much a ‘Choose Your Own Adventure’ experience” - Chad Wolfe, Tannery Knobs Task Force.

The Tannery Knobs Task Force knew that this type of project couldn’t be built purely on volunteer work alone. So they brought in arguably the best in the industry, Trail Solutions by IMBA. The goal, to grow riders and provide a mountain bike park for riders of all abilities, can be seen already by walking the still being developed trails. With that in mind, the crews work to develop trails and features to keep riders progressing, while having fun. Near the pump track at the top will be a skills park that primarily uses rock features. Riders will be able to roll, ride, and drop rocks to help progress to the next level all before even leaving the parking lot area, which will also double as an observation zone. This area will serve as a spot parents can watch a NICA race, space vendors can use for events, or a staging area for group rides. At the same time, more advanced riders looking for true bike park type riding are going to feel right at home too. 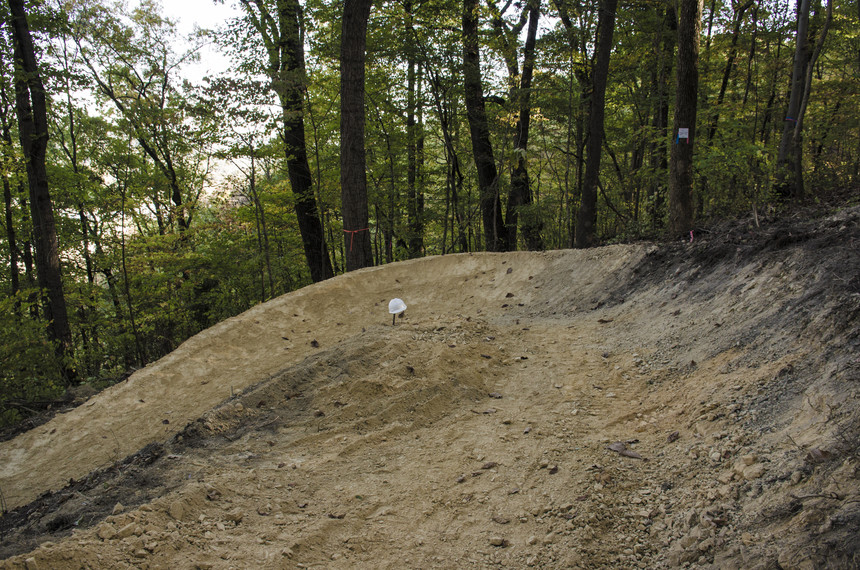 “Perception of how aggressive trails are marketed does a terrible job of the whole thing because everything you see is a young male drinking an energy drink & skidding around turns. Which really does damage trails. By the way, nobody does that right? So stop pretending like we're all riding Red Bull rampage kind of stuff, these parks are an opportunity to just stop that stereotype.” Chad Wolfe, Tannery Knobs Task Force. “So that's what I think the story is here.Yes it's an amazing trail that is going to reset what most people expect mountain bike trails might be like, it's going to take people who want mountain looking things and now understand that we're surrounded by some of the country’s best mountain biking. But it also has the economic boost for the city by building a park like this which nobody else has. It's right in town and other parks, even though they may have an amazing facility, with a giant climb that gets you that beautiful fifteen minute descent on the other side, but that's very different than what we're doing here.”

Tannery Knobs is slated to open between Thanksgiving and Christmas with two complete trails to descend and another to get back to the top. Due to the unique climate Northeast Tennessee has to offer, Tannery Knobs has the potential to be rideable at least 10 months out of the year, depending on snowfall or if you ride a fat bike.

Follow Tannery Knobs to stay up to date on trail building, riding info, and all things #JCMTB 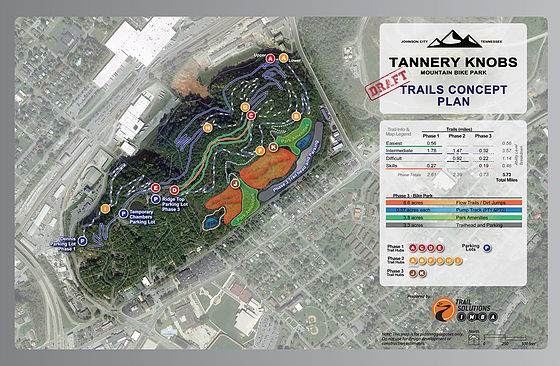 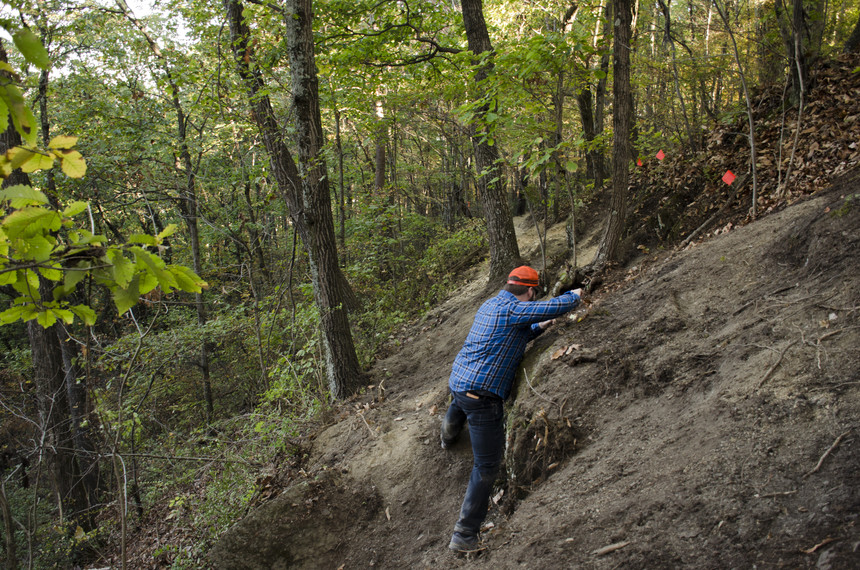 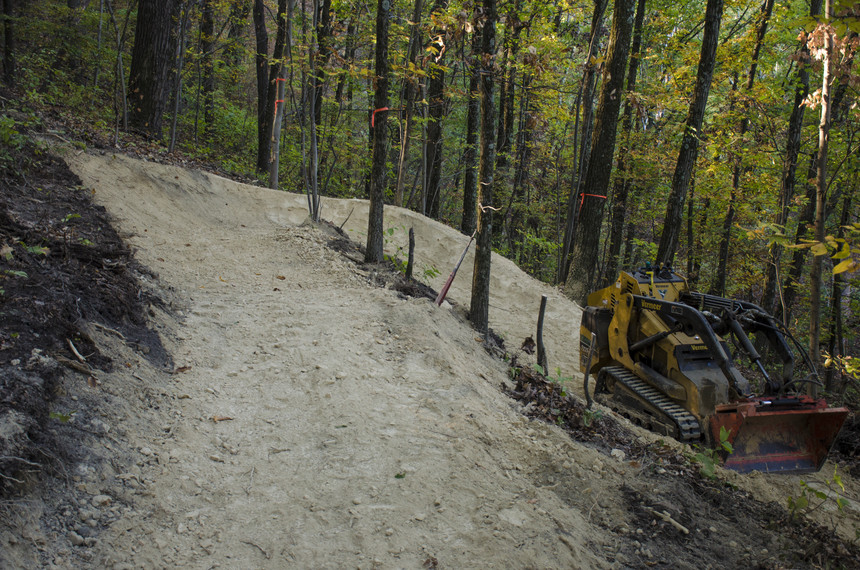