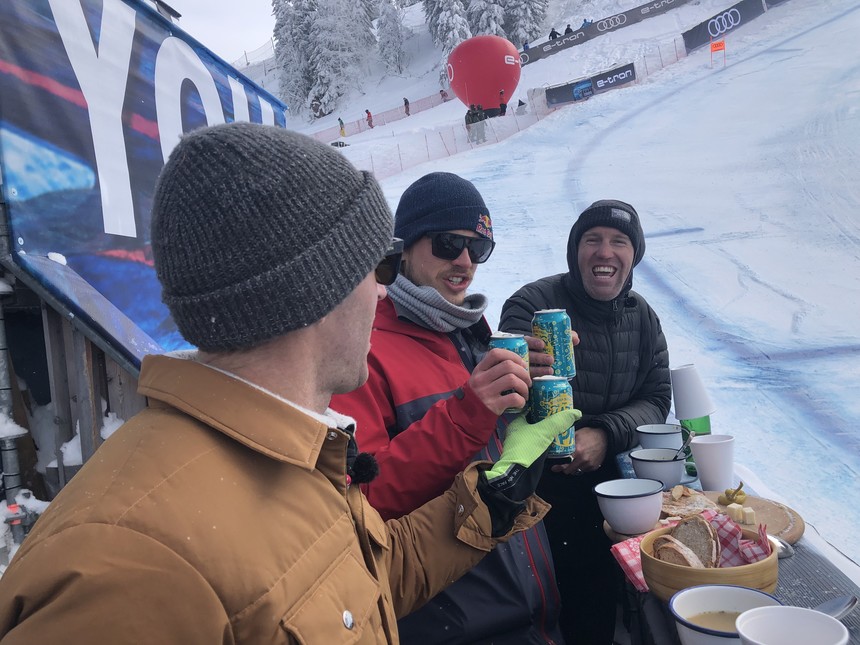 it should come as no surprise that another TGR crew shipped out to the Old World earlier this winter. Europe was slammed by early-season snowfall in December and January, allowing our crew to film lines normally reserved for late-season missions.

The copious snowfall which attracted the TGR team wasn’t a windfall for everybody, as reported by the BBC.

In early January, Griffin Post and Sam Smoothy headed to Austria’s Alps. Accompanying them were cinematographers Matt “Moo” Herriger, Austin Hopkins, and Jon Desabris, all veterans of many TGR trips. Once there, they met up with local pro Fabian ”Fabi” Lentsch. Having a Tyrolian native along was a major boon, as one might imagine. “It was incredibly helpful to have Fabi guiding us around,” said Hopkins. “He knows the language, the region, and most importantly he knows the mountains like the back of his hand.”

“Thanks to Fabi’s knowledge and the stellar conditions we were able to stack a bunch of incredible shots during the month that we were there,” Hopkins recalls. “We would spend all day shooting Fabi, Smoothy, and Griff on cool, unexplored zones, and spend the evening eating schnitzel.”

Along the way, the crew got the chance to watch the World Cup races held at the Hahnenkamm in Kitzbühel. It was a welcome departure from filming big lines, and a few crew members even scored haircuts from the event’s official Red Bull barber. "I was never a ski racer," said Hopkins, "But if I was a racer, I'd want to race in Austria. The Hahnekamm is like their Super Bowl - there are thousands of decked-out fans supporting their favorite athletes as they absolutely nuke down the gnarliest course I've ever seen. It also didn’t hurt that Fabi scored us the best seats in the whole place - it turns out that being a Red Bull athlete at a Red Bull event has some perks."

Related: Serendipity and Snow in the Julian Alps

Reflecting on the trip as a whole, Hopkins conveyed a feeling of comradery inspired by a shared love for the mountains. “Whenever I’ve had the opportunity to go skiing in a non-English speaking country I’ve always been struck by how people can be brought together by shared passions. You can be standing on a mountain, knowing nobody, unable to even communicate with anybody around you, and still feel like you’re surrounded by friends.”