TGR Slays It In Seattle

The morning after a ridiculous Portland premiere meant a few solid headaches, growling stomachs, and even more epic stokedness. We jumped into the rental, and after a quick 2.5-hour jaunt down the highway, we were THERE! Seattle for round two that weekend (our livers were already yelling in protest). Evogear told us that they had sold out of all their tickets earlier that week, so we knew we were in for a fun time.

We got the place ready and ran outside to check on everything - and it was intense! Literally hundreds of people were lined up around the block an hour before doors. A few guys were outside the door by 6:30 trying to get their hands on last-minute tickets – sorry everyone who got there after it was sold out!

The King Cat Theater is awesome, and over 1100 super pumped TGR fans ended up jammed in that night to check out the scene of gnar and to snag some gear from Evogear, Rossignol, The North Face, Surfrider Foundation, Stevens Pass, AK Heli, and North Cascade Heli. Dylan Hood and Dash Longe were signing as many posters as humanly possible, causing a scene, and of course pumping up the already pumped up crowd.

We had an INSANE amount of gear to give our Seattleites. Dynastar XXLs, Salomon Shoguns, two prize packs from Evo, a prize pack from The North Face, two boxes full of Stevens Pass shirts on top of all our usual swag from sponsors took more than half an hour to throw at people - anyone who didn’t get 8 pieces of gear must have still been drinking heavily (we saw LOTS of beer and vodka) in the front room bar. Every single person in the King Cat was super stoked during the Stevens Pass segments – must’ve been cuz everyone at the show got a Stevens Pass lift ticket! Yeah, just so you know, we expect to see each and every one of you guys shredding up there this winter, we can’t wait!!! Yay for Seattle, and yay for afterparties.

Sunday morning. More head pain and liver twinges. Of course. Our flight wasn’t until the afternoon, so we strolled down to the Pikes Place Market. Endless fruit scenery, walls of vegetables, and piles of seafood blended in with t-shirts, jewelry and paintings. This place literally had everything anyone could ever want. We even ran into Dylan and Dash who were picking up some fresh seafood on their way to a surf sesh on the coast.

Thanks to everyone in Seattle for making the premiere such a good time! And special thanks go out to Evogear for getting everyone pumped, taking photos, and for writing a sweet blog – check theirs out at http://culture.evogear.com/2009/10/495/ 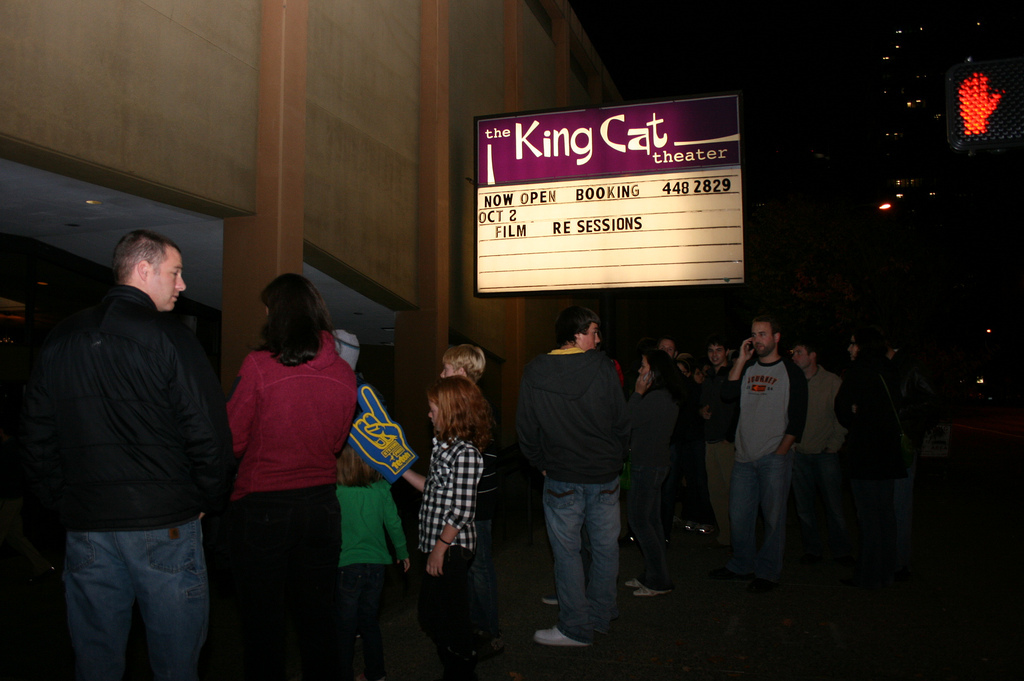 **Outside the King Cat Theater! People were lined up around the block. Photo courtesy of Evogear.** 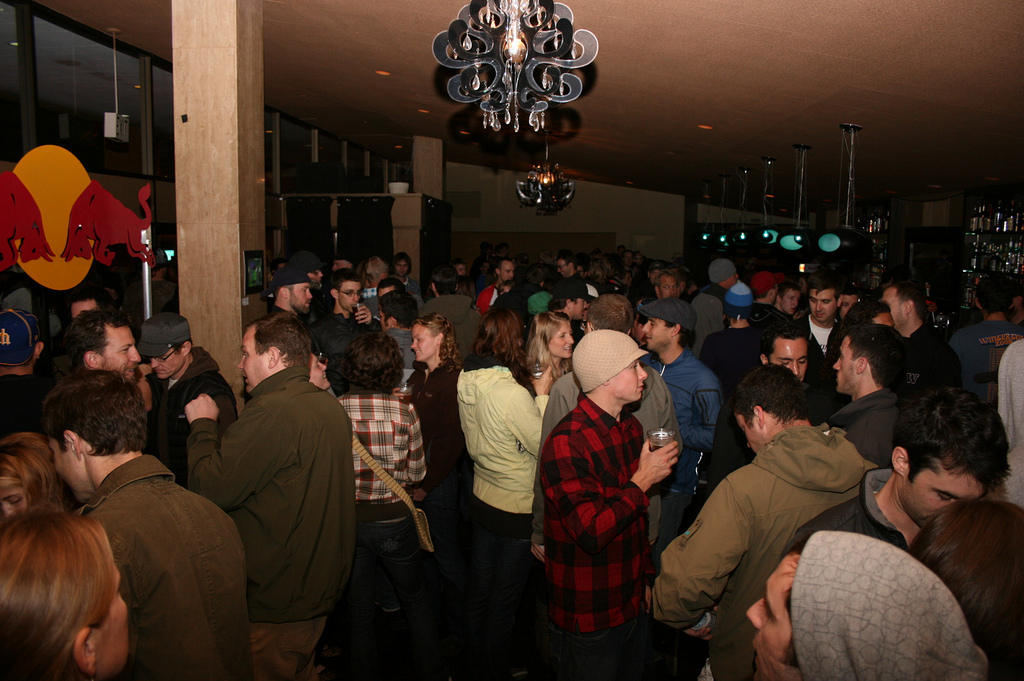 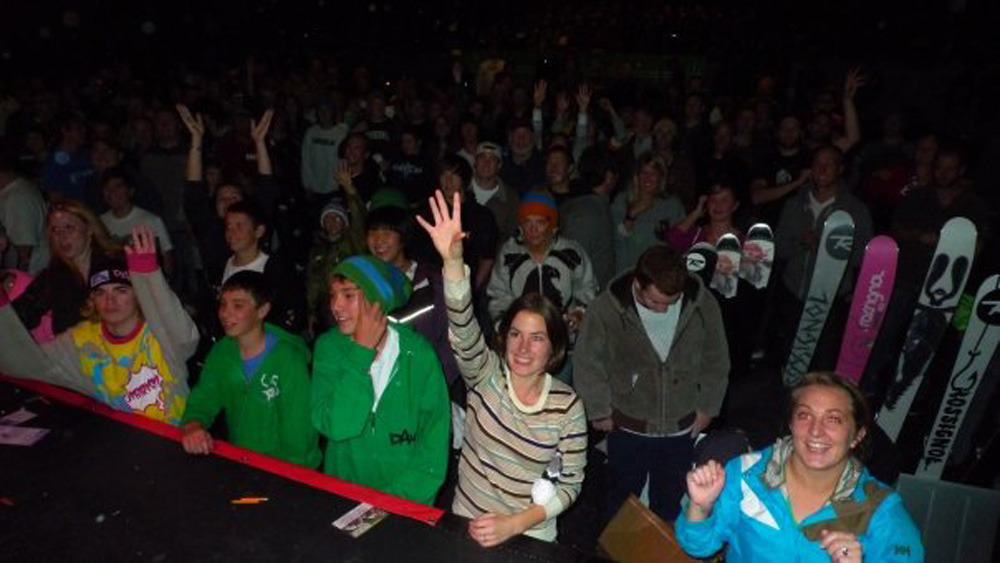 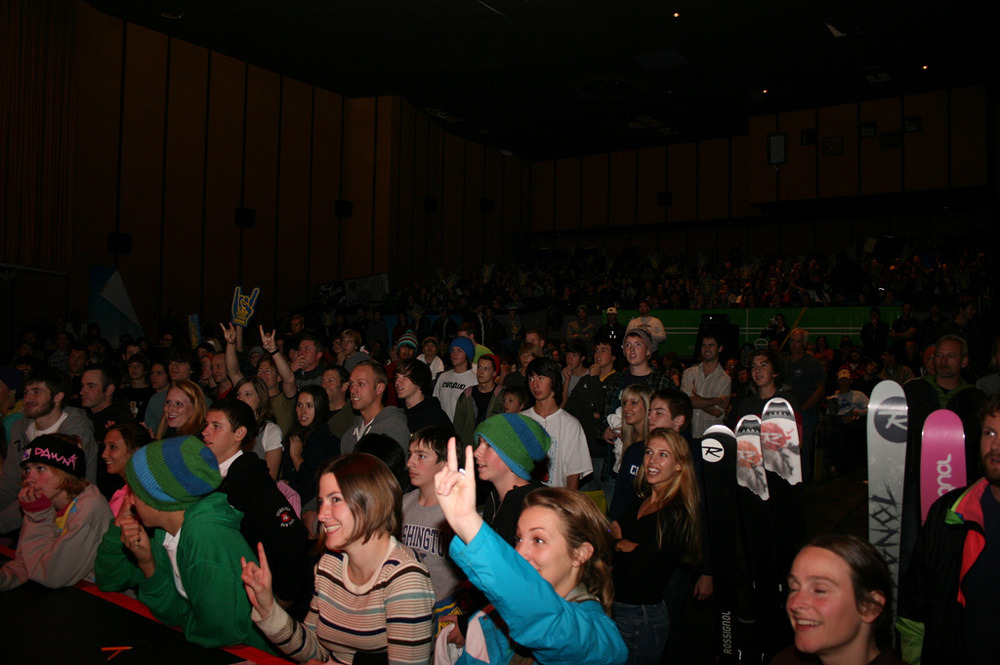 **Packed house at the King Cat! Photo courtesy of Evogear.** 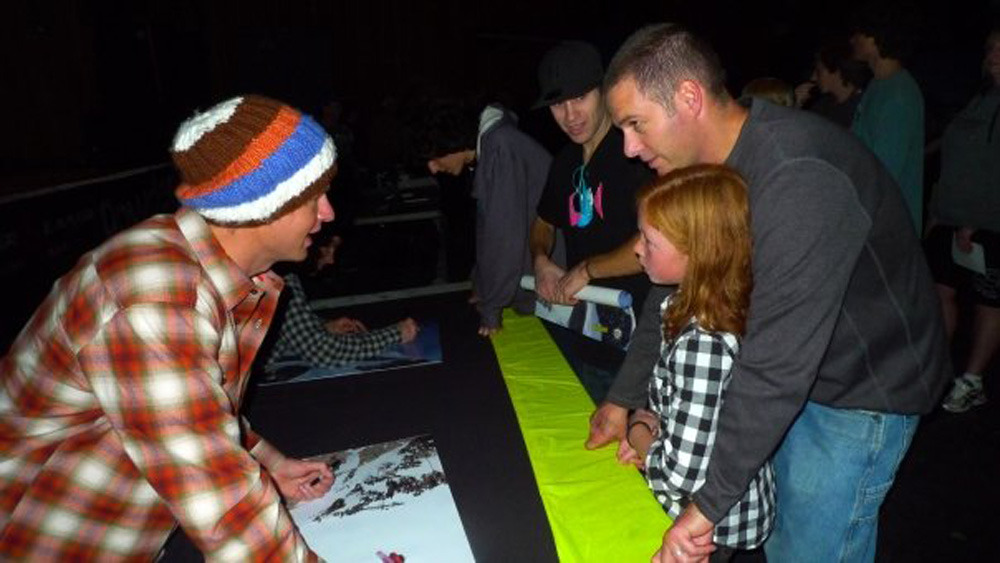 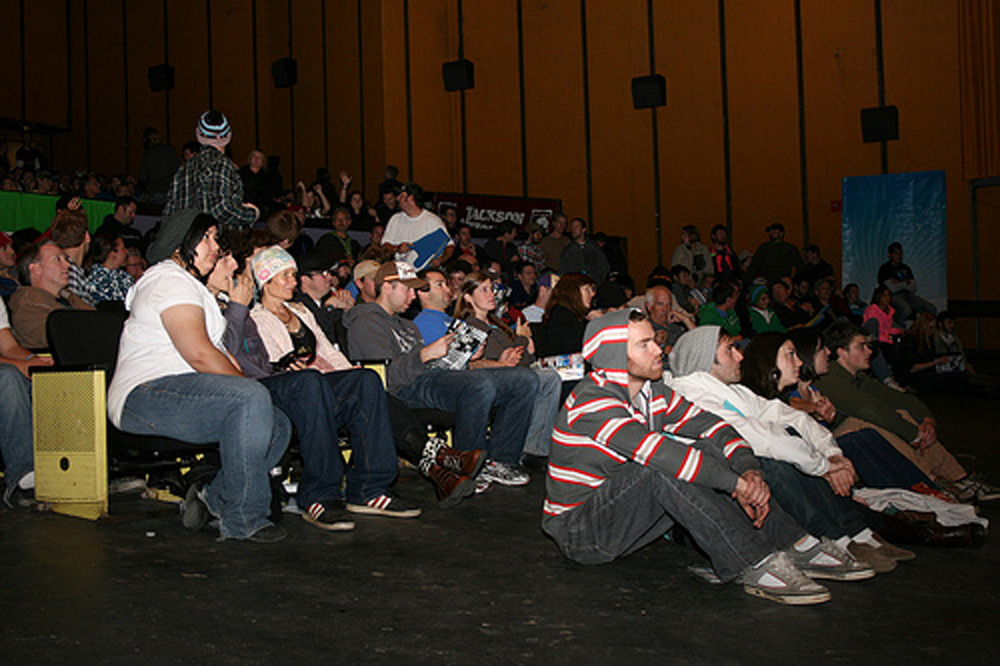 **No seats left - Seattle kills it! Photo courtesy of Evogear.** 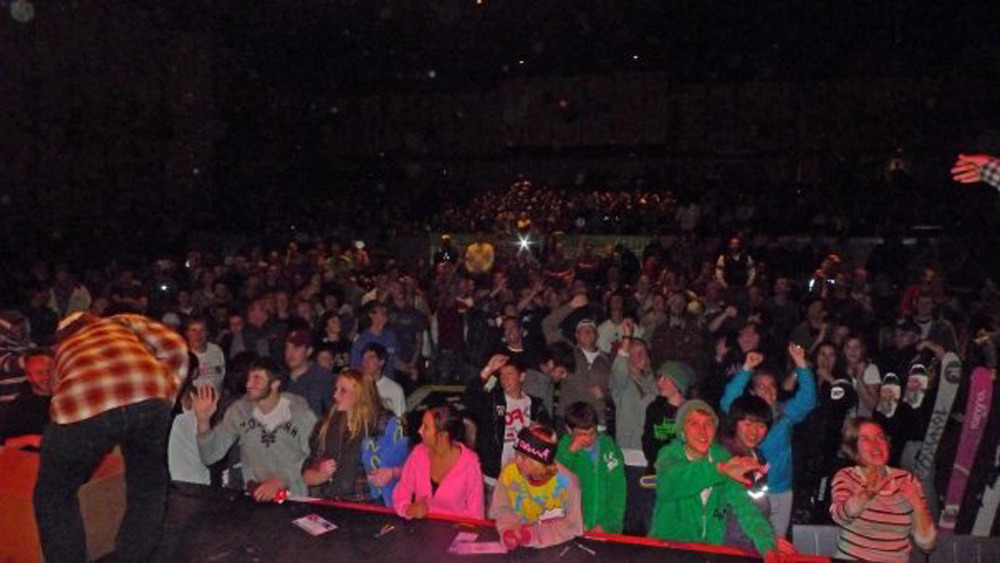 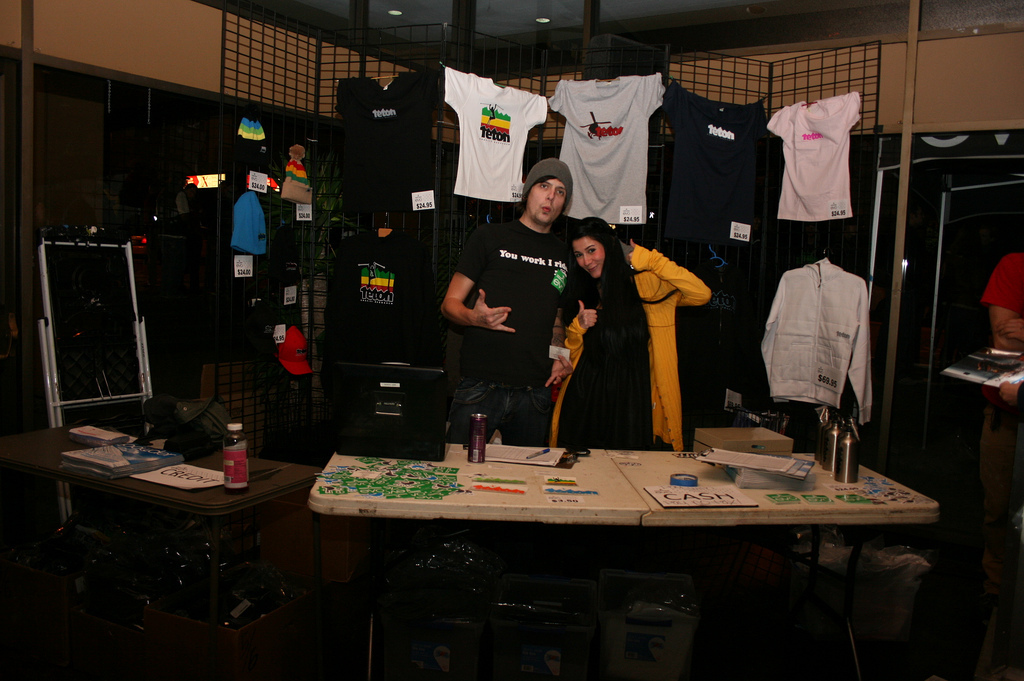 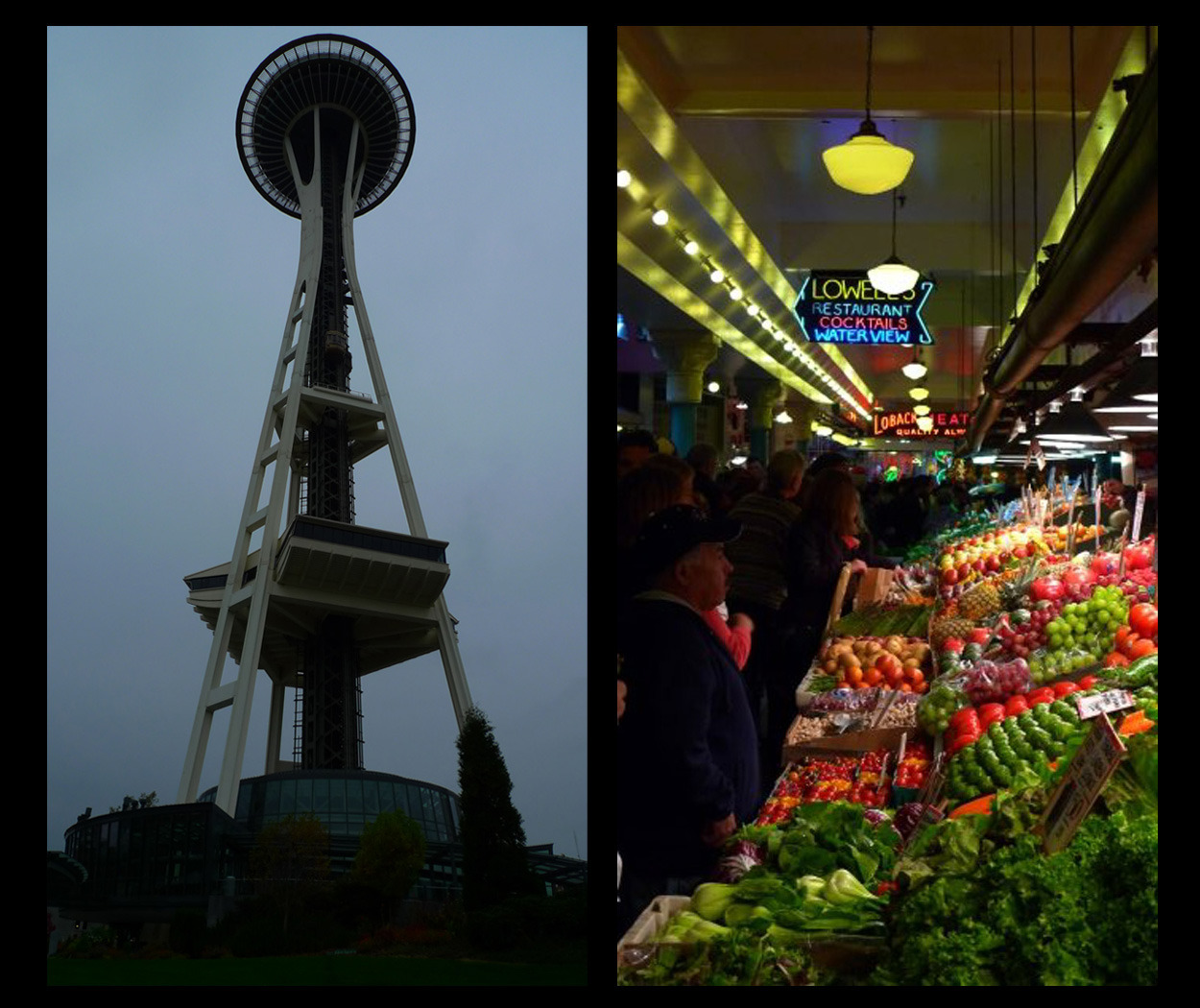 **Loving the tourist stuff in Seattle, day after the premiere.**