Albert Einstein was a very smart man. We at TGR do not claim to understand half of what he was talking about (and by half, we mean any). But for a company that spends as much time as possible searching the world for untracked powder, even Albert Einstein could not have explained our latest theory: ICE can get skiers just as stoked for winter as powder. Let us explain:

TGR rolled into Colorado with a mission. Everyone in the world knows that there are a ton of skiers in Colorado, and for good reason: Colorado has it all. So it shouldn’t come as a surprise that people came excited to see Way of Life and ready to get loud. The crowds were huge, stoke was high, and TGR tour decibel meter records were shattered (if you don’t believe us, we captured it on the Sony Action cam, which has incredible sound clarity and helped reveal how fired up people were at our premieres in Vail, Fort Collins, Denver and Boulder). 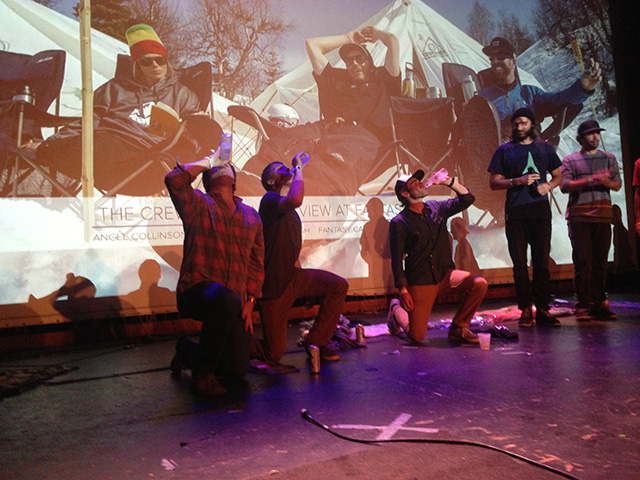 But it was in Denver that our theory came to light. Students from a certain university rolled up in a party bus, ready to rock, and with grandiose plans to ice one of their alumni, Todd Ligare. Unbeknownst to them, Todd has incredible mind reading powers, and sensing something was up, was able to turn the tables on them, and the resulting crowd response helped prove our theory. It didn’t hurt the noise levels that a ton of other prizes were given away: skis from Black Diamond, Volkl and Atomic, Sony Action Cams, jackets and gear from The North Face, 2-for-1 lift tickets to Crested Butte, swag from TGR and Christy Sports and much, much more. Plus, one incredibly lucky winner walked away with a trip to RED Mountain, where we filmed one of the segments for Way of Life.

Then it was on to Boulder. With the Denver decibel reading as the number to beat, Boulder delivered. The early show was full of pumped up groms, and the late show was PACKED with people bringing their A-game. As if the stoke wasn’t high enough already, the late show rolled into an after-party featuring The Young Dubliners, who rocked the place well into the night with its high-energy Irish jams. Officially, Boulder tied Denver and Seattle for the lead on the TGR tour decibel meter contest, but unofficially, it was too loud to even judge. 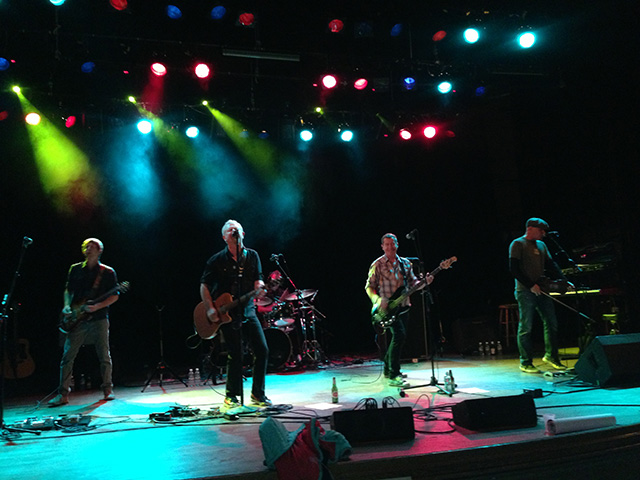 Thanks for coming out Colorado—we’ve got a lot more shows coming your way, and all over the world, over the next few months. Go to www.tetongravity.com/tour for a full list of tour dates. And, don’t forget to post your pictures from the evening on Instagram with the #TGRFilmTour hashtag for a chance to win prizes including a custom TGR Shotzski, Sony Action cam and more.