At a young age, a kid growing up in Massachusetts may start enjoying the Bruins, the Patriots, or the Red Sox. Maybe the kid gets a little aggressive when another kid takes their toy at recess, or cuts them off in the jungle gym, or their favorite Sox player blows a blunt to miss the playoff cut. This could be the start of the slippery slope to becoming, what people across the state have termed, a "Masshole."

Massholes are an aggressive creature, especially while driving. They have a tendency to run in packs of other Massholes, whose thickly-accented collective verbal vomiting is outright incomprehensible to those from out of state. Mostly they'll be talking about sports, and from the fired-up nighttime atmosphere at Fenway Park during the first-ever Boston Big Air this past Thursday and Friday nights, you'd have been hard-pressed to think it wasn't a Sox/Yankees game in August, as, however little they seemed to understand what was going in in the air during the event, the Fenway Big Air crowd paid no mind to the frigid temps and sent it, as always, Boston-style. 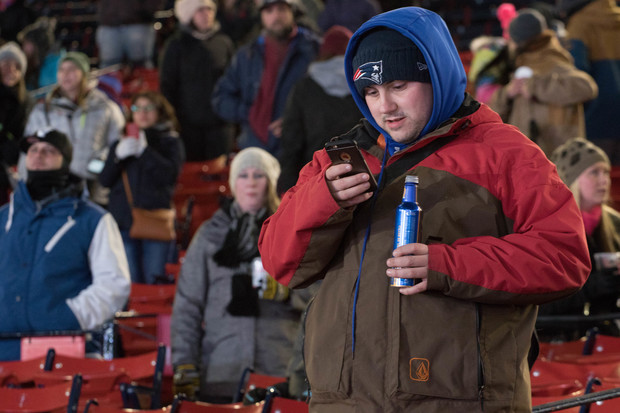 You still managed to hear names like Brady and Gronkowski tossed around as much as Parrot, Zimmerman, or Wallisch. Jon Gabriel photo.

#1: Loud conversations as to why most New England Patriots players would be shoe-ins for the NFL Hall of Fame... at a snowboard and ski event... in a baseball stadium. 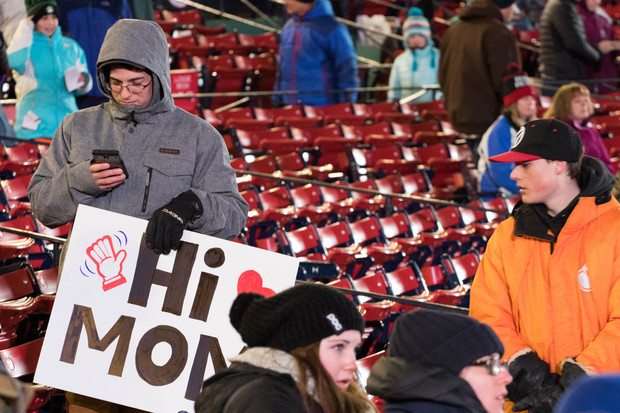 #2: Realizations after learning what taking off "backside" meant. 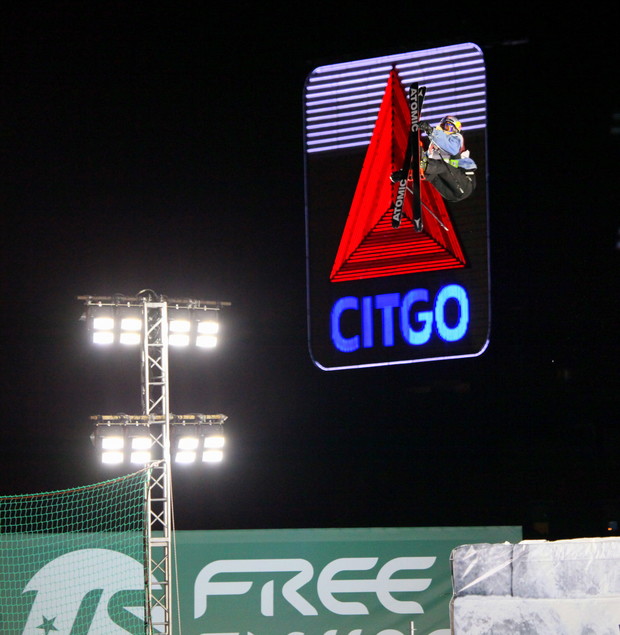 I come from Germany but I am here to get wicked pissed! Chris Cohen photo.

#3: Germany's Lisa Zimmerman embracing her inner Masshole in her winning speech by mentioning pounding alcohol and partying in Boston to celebrate her win. 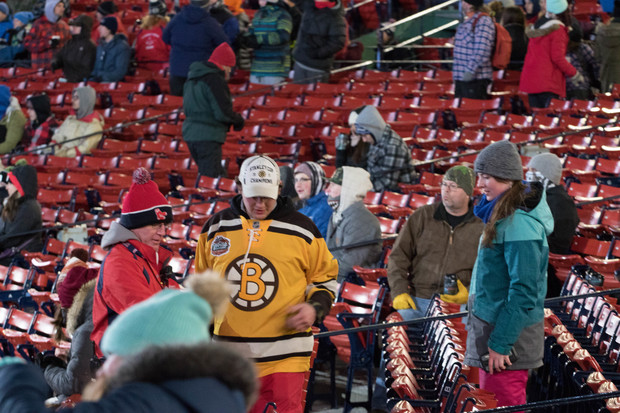 Whatevah, guy, I don't even own a jacket! Jon Gabriel photo.

#4: Wearing nothing but a Bruins jersey in below freezing temperatures. 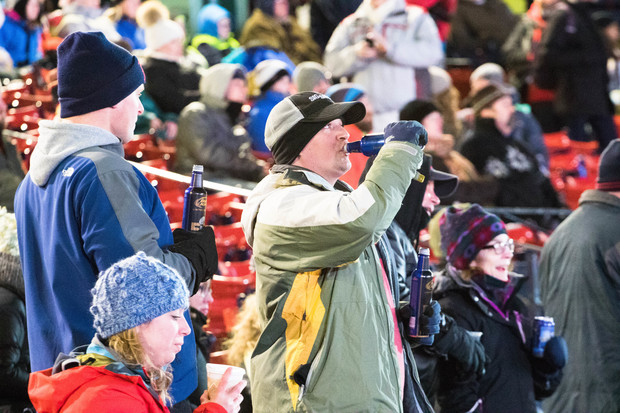 It's too bad I left my beer helmet at Uncle Marty's in Squamscott... or is it Dorchester? Or maybe Medford? Jon Gabriel photo.

#5: Double-fisting beers and crushing them before the competition even starts. 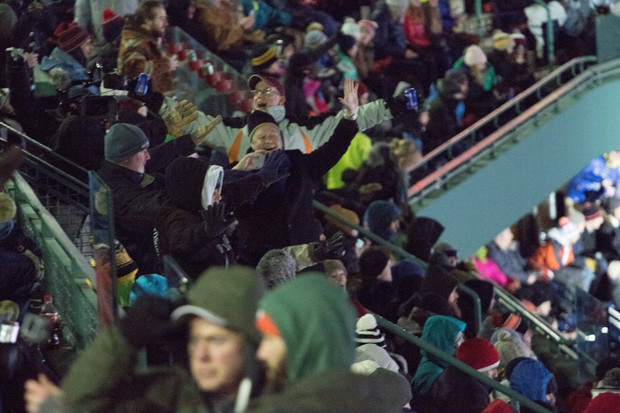 #6: Belting Sweet Caroline at the top of their lungs during the finals of snowboarding big air. 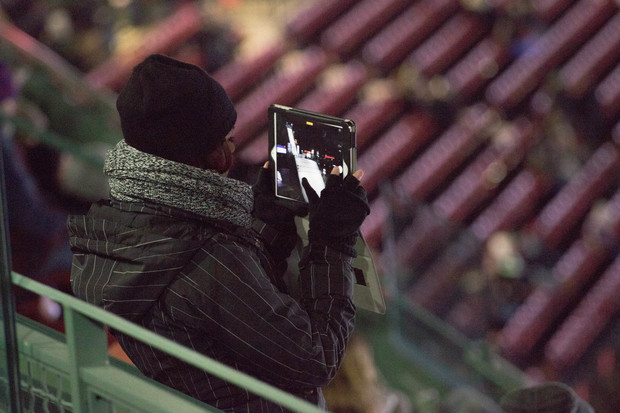 #7: Taking photos with their iPad at a sporting event obstructing the view of those behind them. 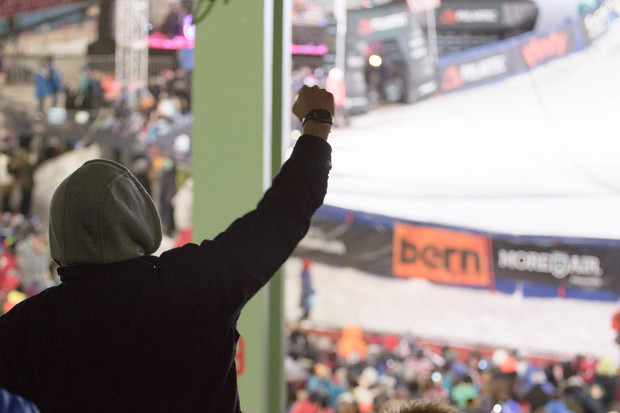 #8: Getting rowdy during the Dropkick Murphy's I'm Shipping Up to Boston song during the ski big air. 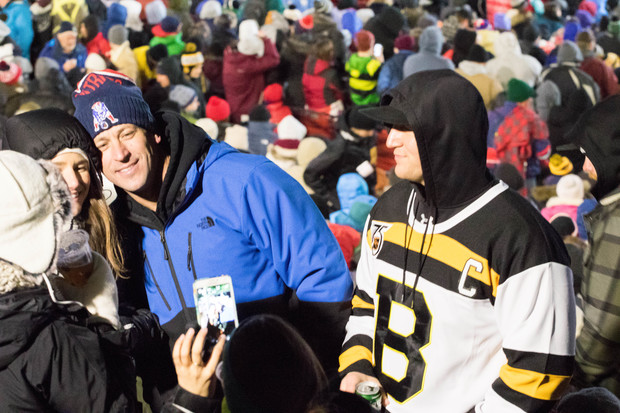 "I ain't see tricks like these since the pahk at Wahchuset, guy!" Jon Gabriel photo. 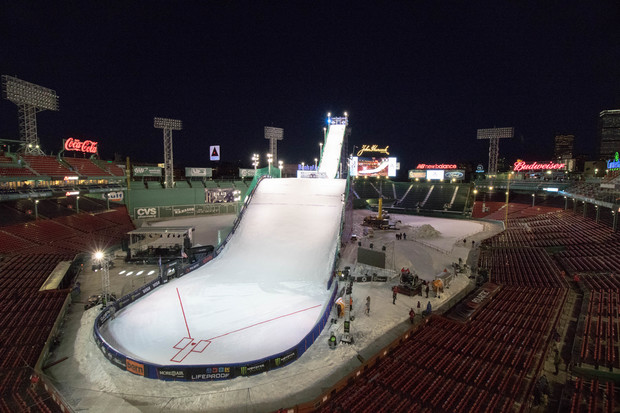 #10: Talking about how much greater Fenway Paahk is than any other stadium in the States, or the world, if they are aware of countries beyond the United States.

Massholes are a hilarious bunch. Sure they can be a little overwhelming if they're up in your face or in your way, but they know how to have a good time, which is what made the Fenway Big Air such an amazing event to go to. Fenway was electric and all the athletes were amazing, but it's the people and the roaring crowd of massholes that truly made the event a memorable one.