The 9 Types Of Group Riders 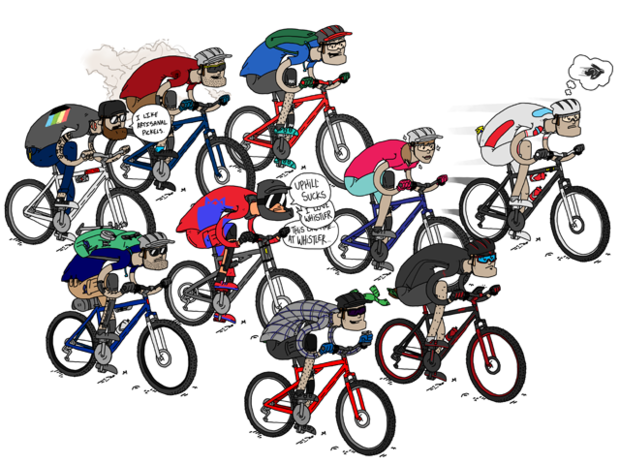 Does your group look something like this? Ryan Dee illustration

Ah, the group ride. Mountain biking's own great melting-pot of styles, abilities, ages and personal goals. And though millions of us are out there pedaling in random groups and cliques, a few archetypes always seem to bubble up in our after-work or weekend get-togethers. We can't claim to have nailed all of them, but below are a bunch of low-hanging fruit for your perusal. Please, by all means, let us know any additions you'd like to suggest. 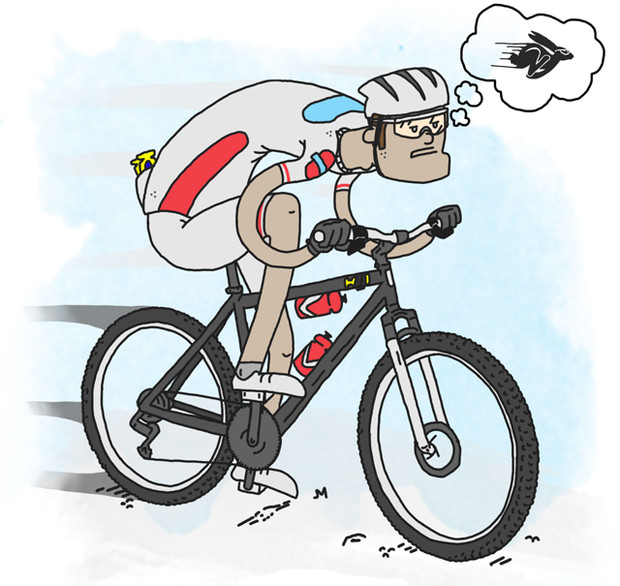 Damn, he’s fast. Much faster than you. His bike is clean, his kit is brand new. He’s got a fair amount of factory gear, clothing and bike accessories he didn’t have to pay for. You’ll see him at CAT1 or Pro XC level races. There are Enduro flavors of this guy, but more often than not he’s XC. He can rock the spandex, is pretty skinny, wears a roadie shirt, no backpack, runs 2 bottles on his frame and packs everything he needs in his shirt or on a small frame bag. Tucks gels in the leg of his spandex shorts or tapes them to his top tube so he can slam them down quick while riding. You see this guy at the parking lot or at trail junctions when he stops to wait for the rest of the group – then he’s gone again. Rides a 29er, climbs like crazy. Descends like a baby giraffe - but spins it to win it. 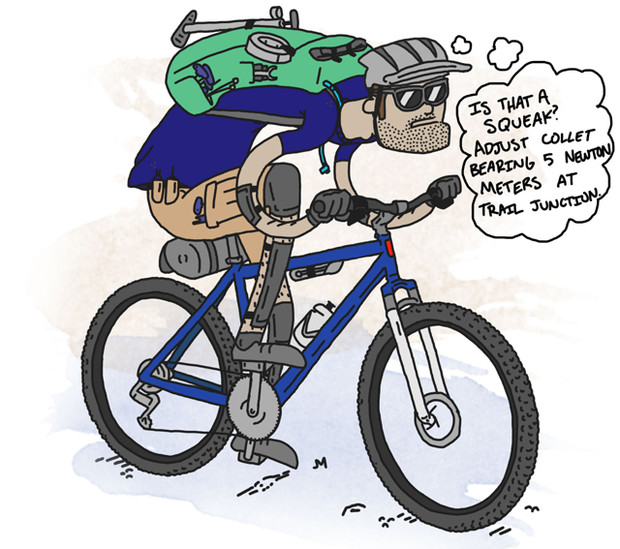 Thank God for this guy. He carries a huge hydration pack with a bunch of shop-level hex wrenches (as well as a multi-tool), a few flavors of derailleur hanger, extra spokes, tubes in various sizes, a rotor fork, pump with gauge, C02 cartridges and a patch kit. He’s got quicklinks in 8, 9, 10 and 11 speed flavors as well as a spare shifter cable. While riding he’s constantly diagnosing a squeak or shimmy in some linkage bolt deep down in his frame. His bike is completely tuned before each ride but, 20 minutes in, his rig is upside-down on the trail while he backs off a limit-screw or something. He wears slightly more padding than necessary but, mostly, looks pretty fly. Though everyone in your group can change a tube, he’ll jump in and break the fix-a-flat speed record. 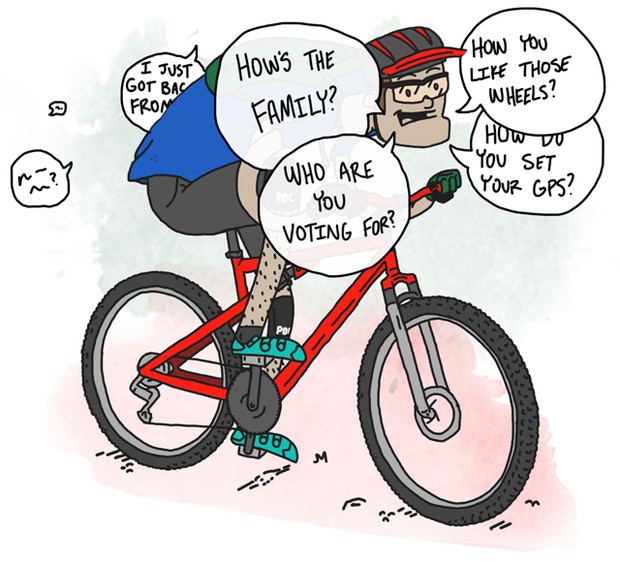 I’m trying to climb, for the love of God, STFU. This guy probably doesn’t have the money for therapy or doesn’t get enough conversation at work or at home. He’s not a masher, he keeps his HR low and rides slow enough to enable the gab. His long open-ended questions come mostly while you’re climbing and/or gasping for breath. He’s a good guy, but needs to get out more. He also has a tendency to leave you wishing you could talk about something other than gear: wheel size, tire width, single ring drive-trains, the merits of press-fit bb90. He’s put as much thought into his kit as his components. These gloves? They have an electrostatic finger-end so I can operate a smartphone with gloves. This helmet? Carbon, but I question the increased safety vs. the value (shall we discuss?). The shoes? They have a carbon shank rather than a plastic one – making them 12% stiffer. Standing around after the ride with beers in hand, he’s still on about the dual-durometer rubber on your tire’s sidewalls – and wouldn’t it be better to go with a firmer casing and tighter tread than open-spaced transition knobs. 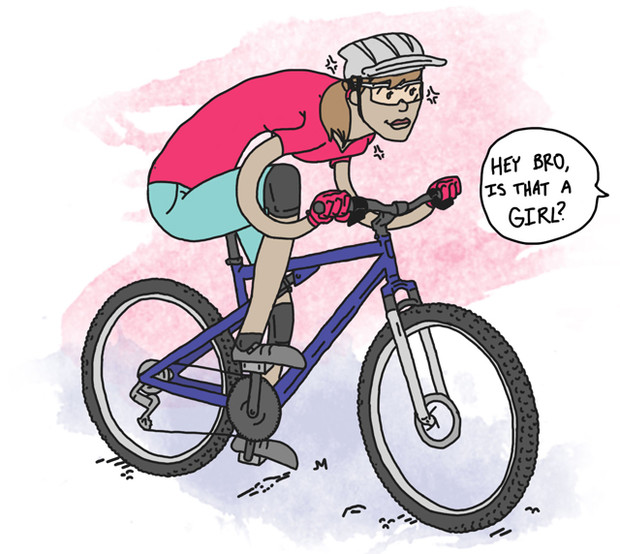 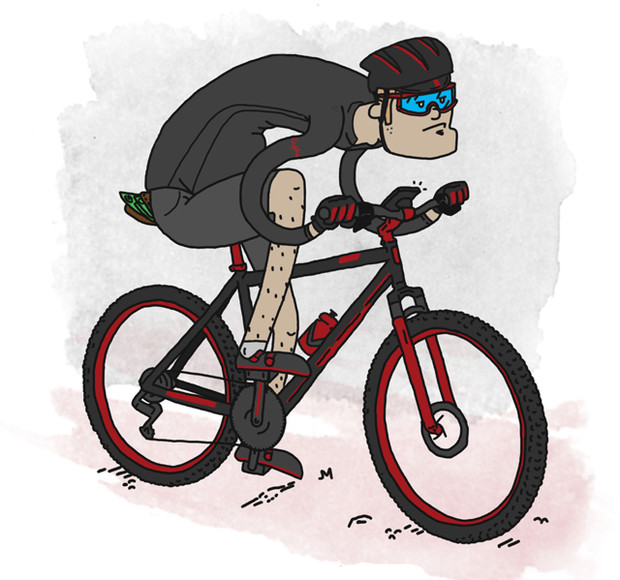 A Fairfield county, Silicon valley, upper east side, Jackson specialty. Di2? Already got it. Shoes and bike for each type of riding? Of course. Full carbon frame with anodized matching spokes, seat collar, brake levers, enve wheels (colors matched to their MBA alma mater). Fantastic sunglasses, mips helmet, sports a bit of a gut from hours of desk work. Doesn’t ride particularly well, or poorly. All Kitsbow/Rapha or matching TLD kit. Colors also match between helmet, gloves, socks, shorts, shirt and the anodizing on his bike. At the first hint of fall, he’s got out the merino wool windproof vest. 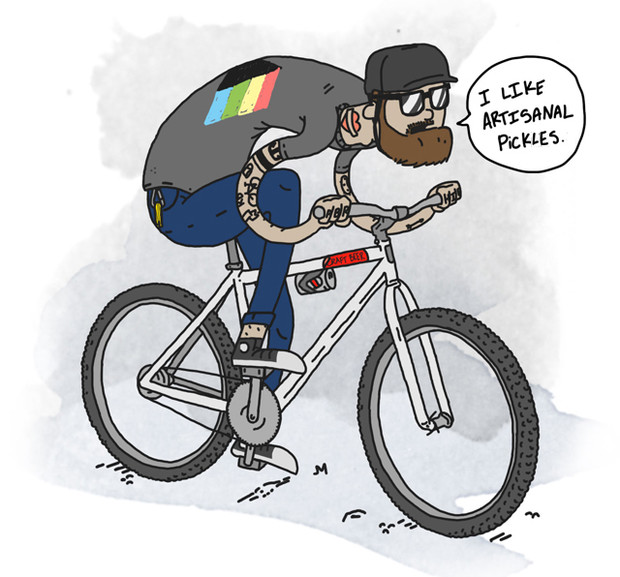 Found in the woods, but hails from the wilds of Brooklyn or Abbot Kinney. He’s got fancy facial hair, a neck tattoo and a big motor. Of all the folks in the ride, he looks best in skinny jeans and retro t-shirt. He rocked a bit of plaid when lumbersexual was in. Rides with no suspension, though sometimes he’ll swap in a 110mm fork for burly trails. Familiar with every nuance of craft beer. It’d be easier to hate on this guy if chicks didn’t dig him so much.

#7 The guy who should wash his gloves more 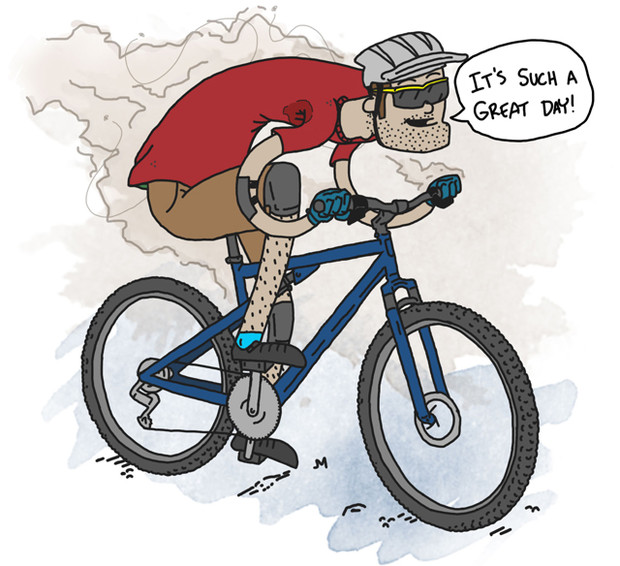 Seriously, please, and the armor. The GWSWHGM is the opposite end of the spectrum from the Hedge Fund Fred. After each ride all kit gets tossed in the back of his car (which you WILL NOT ride in) to dry out until the next ride. Thankfully, his presence makes group stops on the trail pretty short. He’s got a good attitude and his chill outlook on life is fun, though. 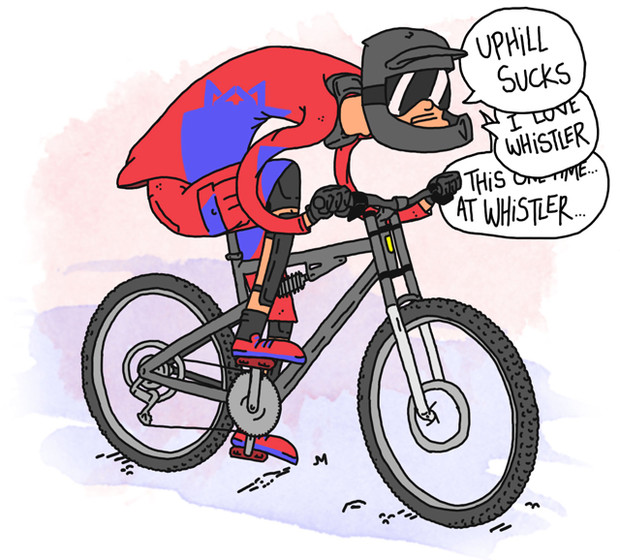 He doesn’t climb. His bike has a coil-over shock. He wears baggies or long pants, a full face, leatt neckbrace and Royal or One shirt. On a group ride he’ll begrudgingly show up on some bike with a single-crown fork and mallet pedals, but will talk about whistler the whole time (literally, the whole time). While other folks might take a 2nd or third try at a tricky climb, he just pushes his rig uphill. Usually one of the younger ones in your group, he's go lots of guts and makes you hang your head on some of the ride's gnarliest features. He’s the reason you tried that stupid gap jump and then had to explain a dislocated shoulder to your wife. 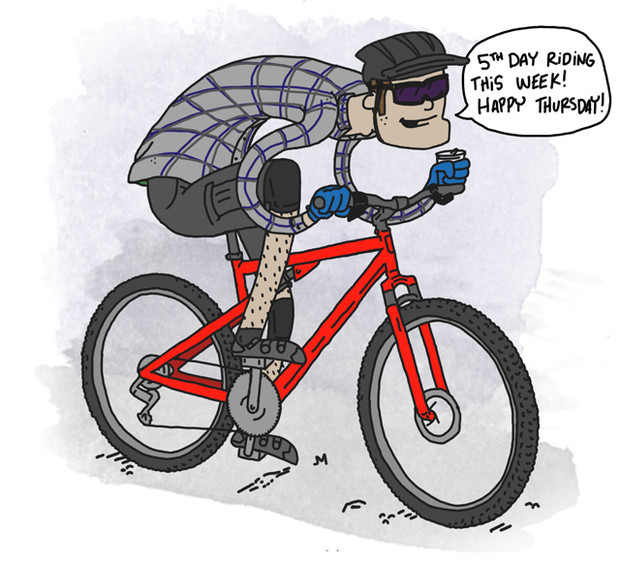 This guy is who we all want to be. Kit not too expensive, not too cheap. He's always riding, somehow getting out every day. His bike is never broken, and has a nice mix of components. What does he do? Does he have a job? Grrrrrrr.