The Fast and Enduro-ious – The Underground rules of Enduro Racing

A weekend of enduro racing brought a few things you can expect – lots of loud, neon colored bikes, fanny hydration packs, and way too many people saying things like “braap” and “yewww”. There were also a few things I did not expect to learn that I quickly picked up from the veterans of racing that were present. 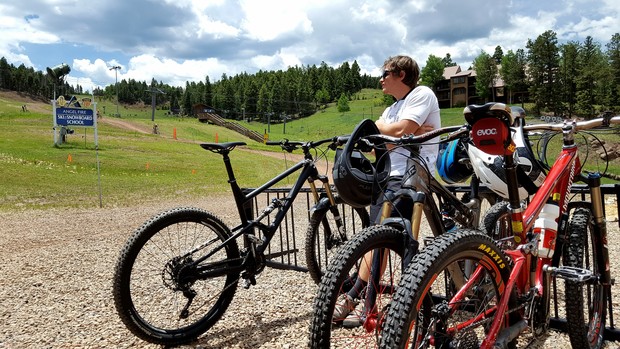 How naïve was I to think that I could just throw my bike in the rack next to the bottom of the lift and mad dog everyone as they boarded their chair to go get some practice laps in? Didn’t matter, I had ENVEs, and the rest of the working class was racing on aluminum rims. It wasn’t until someone asked if I was on a 26er still that triggered me thinking I might be the outcast. Maybe I could race someone for slips so that I could get that long-travel 29er instead.

I was getting some weird looks right off the bat. Did this dirtbag just show up on a five-year-old 26er? Does it even have adjustable geometry? I knew what they were thinking. “Come over to this bike rack, let me show you a few things.” Another racer begins to dialogue the top qualifier’s component’s for me. “We have SRAM Eagle, I Nine hubs, and a “Push’d” Fox 36. He’s got some money in this bike.” 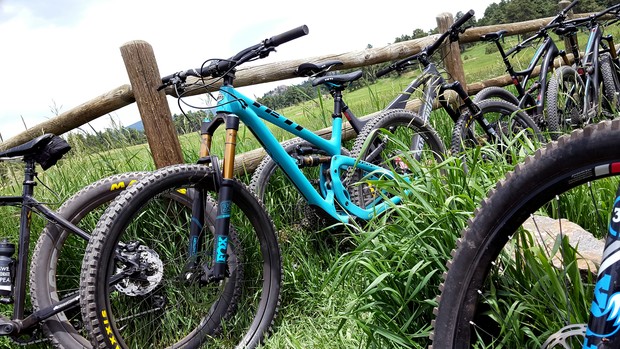 These guys were killing it. Let’s calculate the risk versus reward in amateur class; well the risk would be flatting on this rocky section and finishing by any means. If it’s not the last stage of the race, then just throw on a tire before the next and pray that your spokes hold tension after the thrashing they just received. It’s a measly sub- two-hundred-dollar fix for new spokes, a wheel true, and possibly a new rim when you get home. Worth it. Launching that feature instead of rolling could shave one to 1.5 seconds, but could result in a broken bone and six weeks off the bike. Send it. 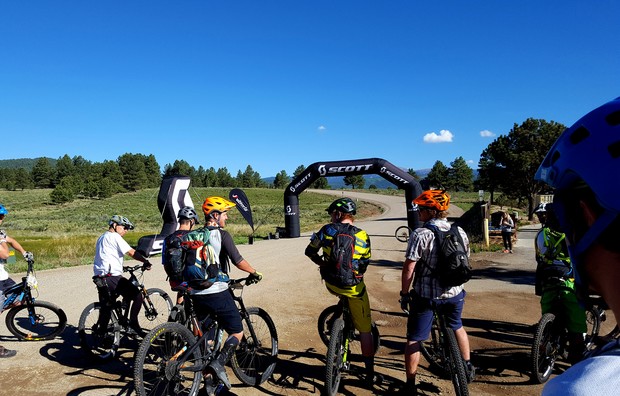 4. “You almost had me? You never had me, ya never had your bike, sloppy line choices, not pumping rollers like ya should.”

It was true, now I had to take the bike in and have the mad scientist tear the bead on the tire, strip the rim tape and replace some spokes. I just hoped that the shop would have my bike for me in time to finish. My team was depending on me to get a good standing that had no real overall bearing in this race or class whatsoever.

It doesn’t matter if you win by a tenth of a second, or because everyone else had DNFs, winning is winning. Luckily the only thing that mattered for me was finding my beer voucher at the end of the race so I could cash it in for a cold one and recount all of the stages with everyone else. “Damn, if I had another 30 seconds in that last stage I would’ve had first.” As the silence at the table suddenly got thicker, I knew it was time to change the subject. Braaaaap.