The Hero of Loveland Pass

Some friends and I finally got our first day of shredding at Slay Bay (Arapahoe Basin) this weekend. We were beyond stoked at 7:30 am and didn't have to deal with any traffic on the way up. We decided on A-basin because it was Keystone's opening weekend, so we figured maybe it wouldn't be so bad. We were a little wrong. 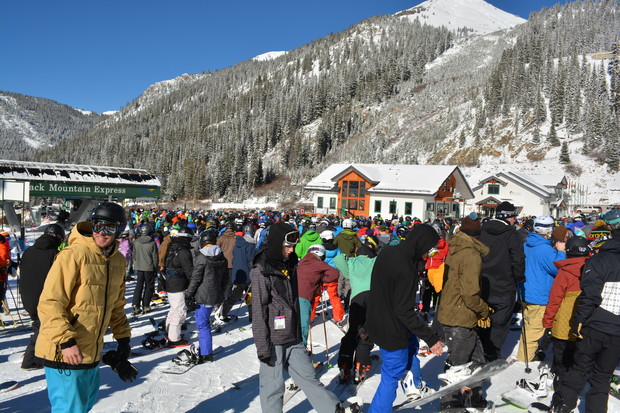 That was ok though, because the line wasn't moving too slow and we had come prepared. 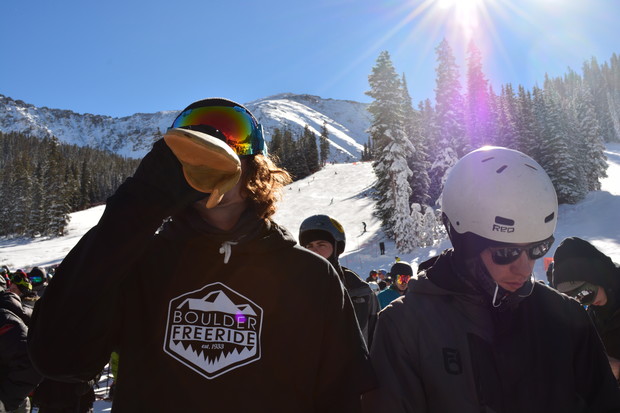 After the expected first day pass issues, 3ish laps, and an empty backpack, we decided it was time for a change of scenery. Option 1: go to the bar and grab some bloody marys. Option 2: check out Loveland Pass. Since we had come to shred and it the first day of the season, we jumped in the car and headed for the pass. We decided to take turns driving up and ended up getting some fresh turns and even found some fun little drops. After several laps, we decided it would be most excellent if we could all mob down together. We thought about and discussed the best way to do it, and that's when the truck guy showed up. With a metal cage on top of his truck and surrounded by roping to keep the shredders in, this truck was made for the everyday pow chaser. 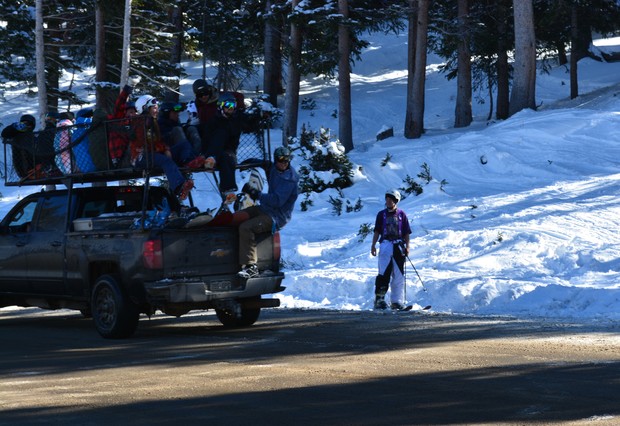 Seriously, this guy was the hero of the mountain. People were practically trampling each other when a smaller truck or friendly passerby stopped to pick someone up. He said he had been there since the morning and only took payments of cash and weed. So we gave him $5 and jumped on. I got to sit right between the gas cans and chainsaw, but I was happier to not be dangling off the back. We had an epic time and this guy definitely made for an awesome story. Hopefully we'll be seeing him again soon.