Lake Wanaka, New Zealand - Winners of The North Face Big Mountain at the 2010 Volk NZ Freeski Open were rewarded with an epic day of heli-skiing on Friday at The North Face Heli Sessions.

The skiers were treated to skiing on several of the peaks surrounding Black Peak, sampling the variety of terrain on offer with Southern Lakes Heli Ski.

According to Stephen Winnacott, marketing manager for The North Face, the conditions couldn’t have been better.

“There’s nothing like flying up and punching through the inversion to a bluebird day without a breath of wind,” said Winnacott. 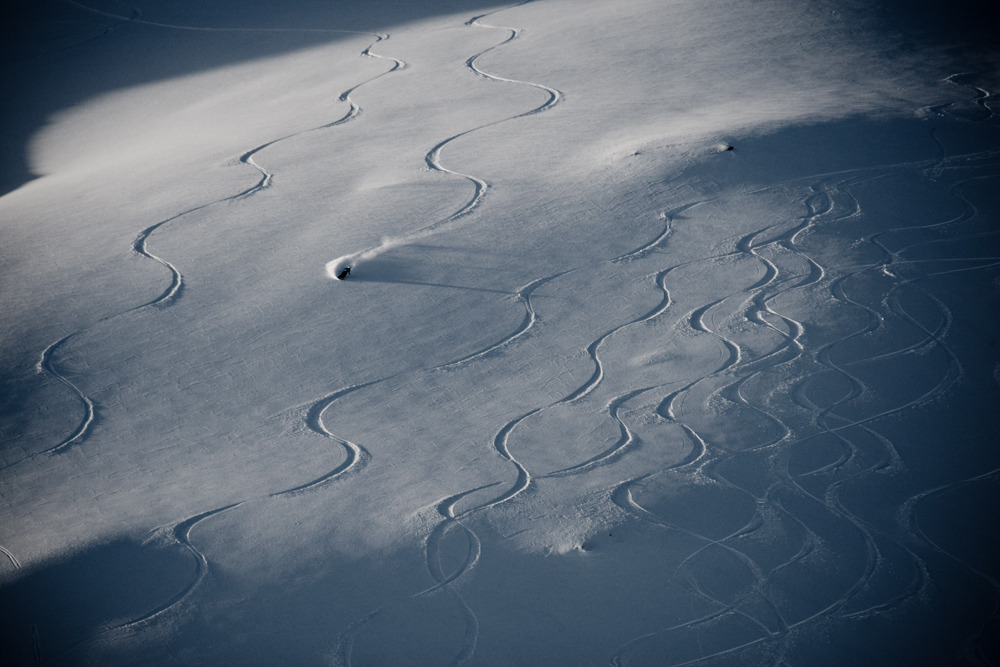 “The quality of the snow was phenomenal with a stable snowpack which meant steeps weren’t an issue and we could ski wherever we wanted, nothing was off limits. “

The conditions were in stark contrast to last year where the snow pack was extremely unstable and the riders had to make due with a man made kicker and lower angled slopes.

After a warm up run the skiers travelled from peak to peak logging eight runs throughout the day. 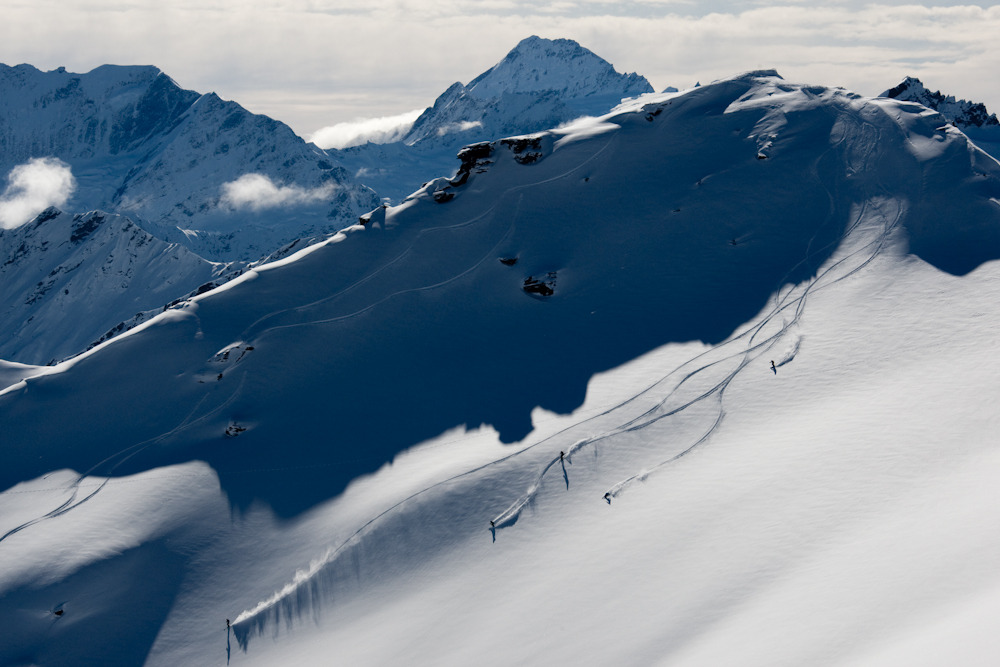 “Alex scrambled to the top of rocky crags with virtually no snow and stepped off them getting about 8 metres of air before landing clean and progressing straight into his line,” said Winnacott.

“Mitchey and Janina took a line from the top of the peak cutting across into a line straight down the open untracked face. This was the most aesthetic line on the face. The two girls just ripped it up.”

McDougall chose a technical and steep line, hitting a natural feature towards the bottom where he combined his big mountain skiing with some park riding executing a massive back flip and sticking the landing.

B Devine carved out an untracked powder slope finding a natural hit where he pulled off a 180 switch into fresh snow.

The heli sessions are an ongoing collaboration between The North Face and Southern Lakes Heliski and will continue to be offered as an added bonus to winners of The North Face Big Mountain at the Volkl Open.

“The partnership between The North Face and this event is a perfect fit,” says Winnacott.

The North Face is the premiere supplier of technically advanced, innovative apparel, and gear that inspires athletes to Never Stop Exploring.

‘The North Face Heli Sessions enables athletes to ski outside the constraints of a competitive big mountain arena giving them the freedom to explore their limits in the beautiful heli-accessed terrain of New Zealand. “

To see The North Face Heli Sessions highlights, log on to http://www.nzfreeskiopen.com.