Days like these begin far before sunrise. Watching weather systems on computer models and planning to intersect yourself with a perfect storm takes commitment and desire. Most people don't understand, but for those of us that do, it's a burning that lives deep inside.

Arriving at 7 a.m. I was greeted by an empty lot of first row die hards who knew what was in store that day. 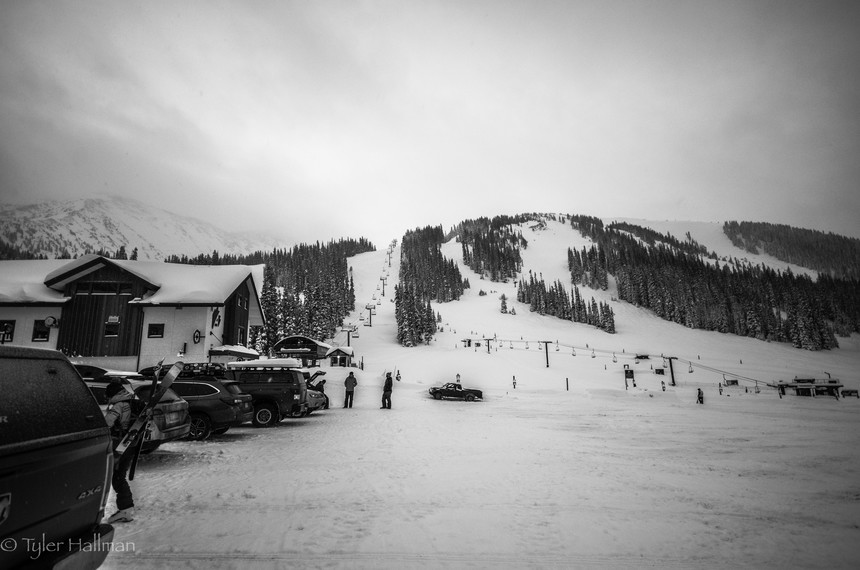 Given the amount of people was not very big that early, I still was almost sure that someone would be sitting in front of the famous Pallavicini chairlift nice and early waiting for first tracks. I decided to skip going inside for coffee and easy dressing and instead stuffed myself in my gear and b-lined for the lift.

Nothing. No ski patrollers, no cats, just drooping lane ropes weighed down by the inches of snow gathering on top. I stood for an hour and a half in my spot chomping at the bit. I was so ready that by the time "FIR-" started to come out of the lifty's mouth, I was skating forward with everything I had. 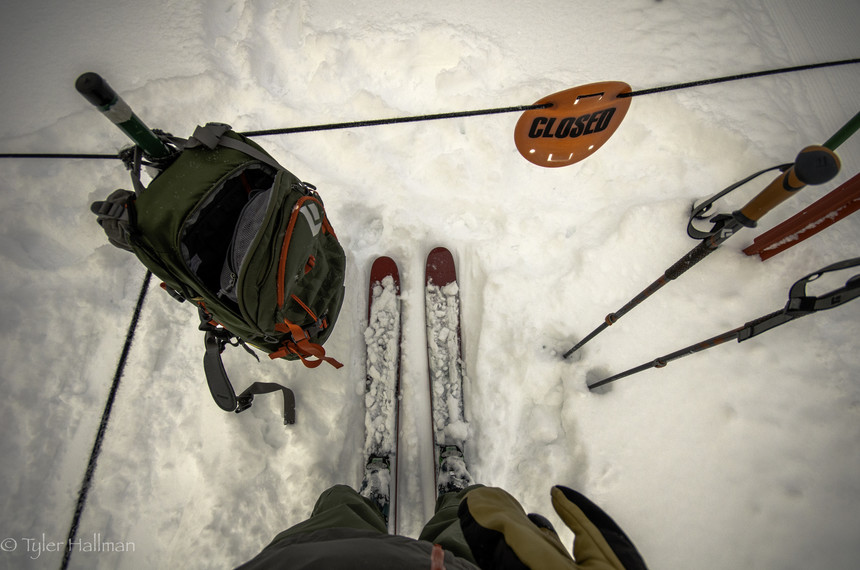 Steeps, steeps all day long. After the first three turns, everything syncs and you carve giant arcs across a face. 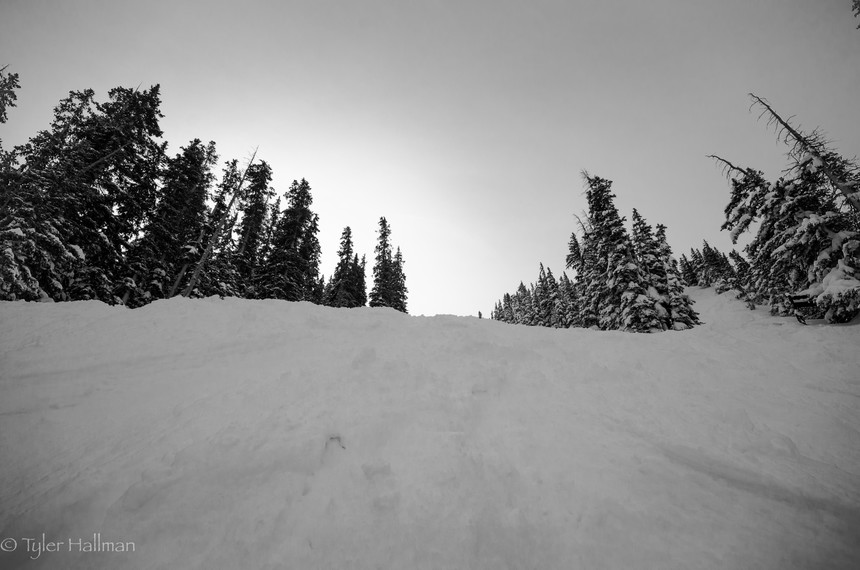 By 10 a.m. every available parking spot had been taken. 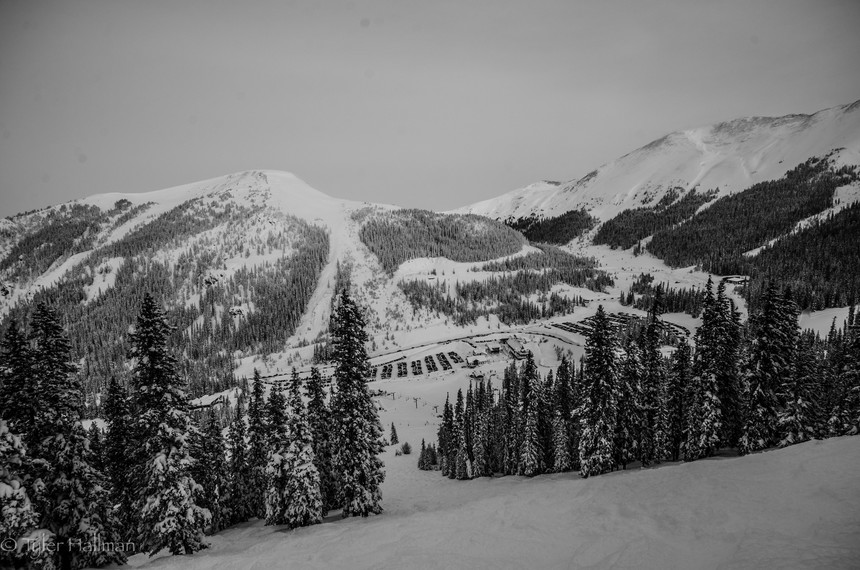 Aside from this being my first, first chair day, something else is of great importance that is shown in this last photo. All throughout the day I was told story after story about that run across the main lot. The name associated with the back country run is "The Professor". You can easily see the avalanche path it creates when that giant field on top of the opposing mountain cuts loose. I was told by a skier that in ~1988 after 33 straight days of snow, it let loose and buried the main lot under 20 feet of snow and closed the road for hours. The two previous days Arapahoe Basin has been closing unusually early because of concern with that slope letting loose. Efforts to use man made explosives for mitigation is a common occurrence in Colorado to make the back country and mountain passes safer. For the past two days after closing the forest service have dropped explosives, with no slide. Looking at it today it has been loaded by even more snow after the efforts because no charge blasts are visible. Given that the previous day closed very early and it continued to snow, everyone who made first tracks today made DEEP first tracks. It was an unreal day in Colorado, but I always kept an eye on that face and almost unconsciously thanked it for just staying put-