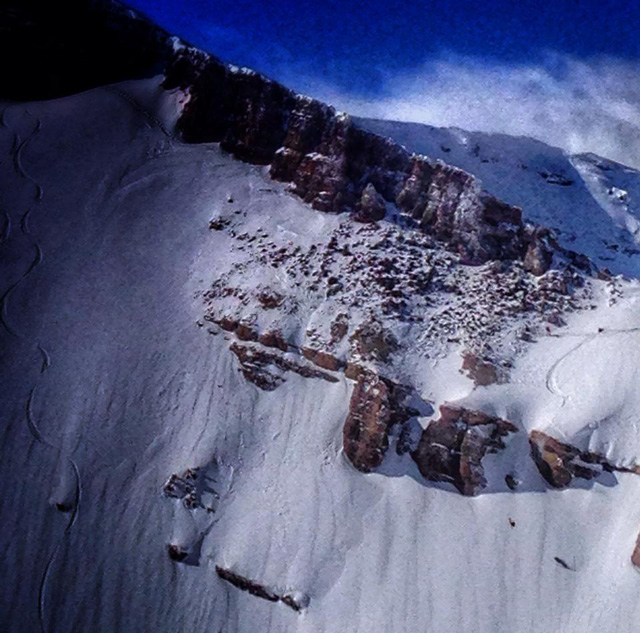 Monied sponsors or not, Corey Felton will still be sending it. 100 foot front flip in the Jackson Hole backcountry in 2014. Ryan Hoff photo via Corey's Facebook.

And it's so dependent on the winter, too. If there's a bad snow year, it completely reflects how sponsors are going to help you out the next year. I also don't like the whole politics of the whole thing. I'd rather fly under the radar a little bit and do my own thing and not have all these obligations where I'm in Jackson for a week out of the year because I have to be here for this photo shoot and then there and then all over the place. I'd rather be out with my buddies for when it turns good so I can go out and shoot. It's kind of nice being a little more flexible than some of the guys. Granted they are getting paid a lot more than I am, but they're just, they have them by the neck.

So did you get to a point where you were like, "Okay. I'm going to make a deliberate decision to support myself outside of skiing?"

Exactly. It got to the point where I was making X amount of money skiing and X amount of money cutting trees for someone else. And working for someone else, I thought, "Well, I went to school for business." And I talked to my boss about possibly buying him out and Taylor [Corey’s brother] piped up and was like, "What if we start our own?" And I was like okay. And I said, "Alright, well here's the deal, the business is going to be three, maybe four years in the red." We're not going to make a damn cent. But I think in the long run they'll be a lot more money. And the other thing is once you get to 35, 36, or 37 years old, what are you going to do after the whole skiing thing? you can't ski and get paid forever.

Check out the full Co-Lab movie here. Want to know more about the Co-Lab athletes? Check out:
-How Elyse Saugsted DIY'ed her way into the Co-Lab
-How to Film Urban Skiing with Dale Talkington
-Colter Hinchcliffe's Lonely Shots