The Voices of Jumbo Wild

What does a great story consist of? A beautiful setting? A twisting plot? A struggle? Personally, what draws me in is the characters–those complex individuals that are difficult to categorize. From the madly obsessed Captain Ahab to the inquisitive Scout Finch, the best characters end up being people who stay with me long after I finish the story.

This brings me to tale of Jumbo Valley, a 24-year and counting odyssey that pits several of Canada's First Nations indigenous tribes,, conservationists, and backcountry enthusiasts against a proposed large-scale ski resort in Purcell Mountains of British Columbia. The story, which is chronicled in the film Jumbo Wild produced by Sweetgrass Films and Patagonia, and which became available on iTunes and Vimeo on Demand for rent or download today (along with availability on Playstation, Amazon, GooglePlay, and Vudu), lays out the decades-long struggle.

What is clear after watching the film is the passion from both sides of the fight. Below are quotes from these key characters that off their perspective on why the Jumbo Valley should either be kept pristine and untouched, or built into one of the greatest ski resorts in the world. It is up to you, by reading the words below and watching the film, to decide who is right. 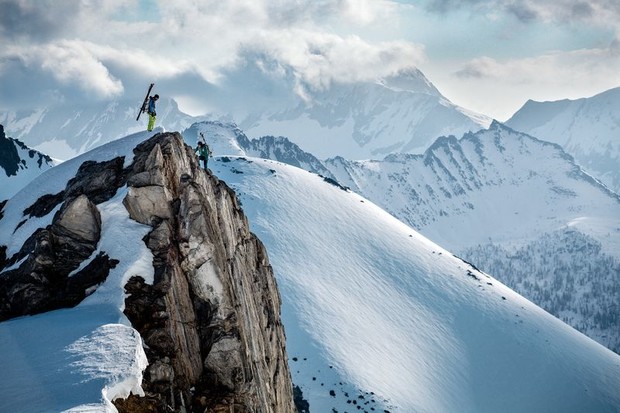 Looking over a different type of cathedral. Christian Pondella/Patagonia photo.

"A cathedral really, in a sense, is a mountain. You go inside and you look from the inside, and you see this force of nature. You gain a similar sense of the strength, beauty, and harmony of these forces." –Oberto Oberti, Jumbo Glacier Resort Lead 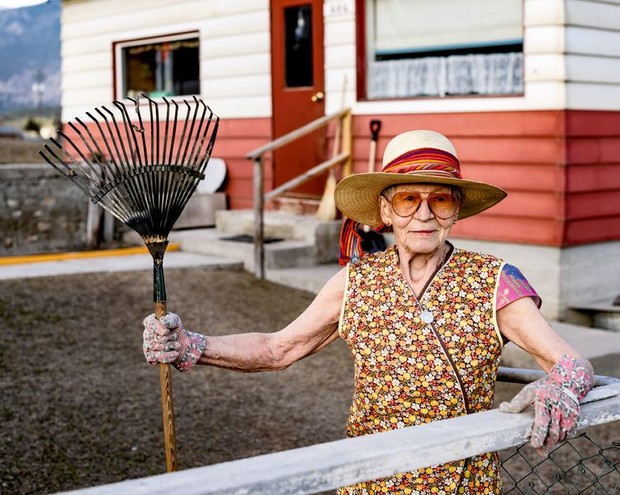 "This little piece of the world was given to us to use, and to look after. We are compelled to share. I’m not telling people to stay out of there forever, but again, it comes back down to that understanding of what is sacred,.

Four hundred generations of my people have lived here, and you are going to question me about the sacredness of this place? We should be able to say no, and our no should be heard." -Joe Pierre, Ktunaxa citizen 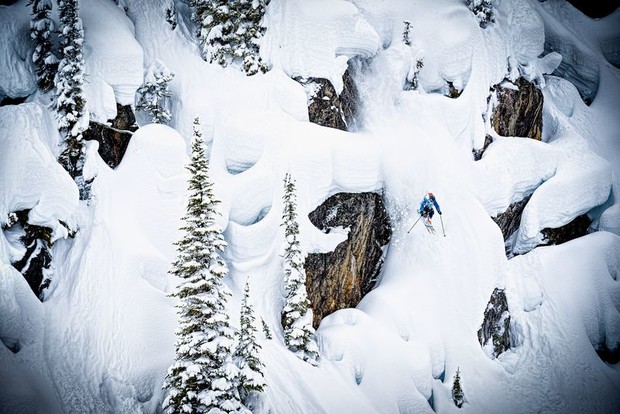 The winner at this moment is clearly Kye Peterson on this pillow line, but who will benefit in the long run? Garrett Grove/Patagonia photo.

"Whether it [Jumbo Glacier Resort] is good economically really depends on how you define the word 'good.' The people with the capital, the people making investments, certainly are the ones who are going to make the most money. A lot of people will benefit from it, but are they the people that live there? Maybe. Is that good or bad?" –Hal Clifford, author of Downhill Slide

A Wild Place to Protect 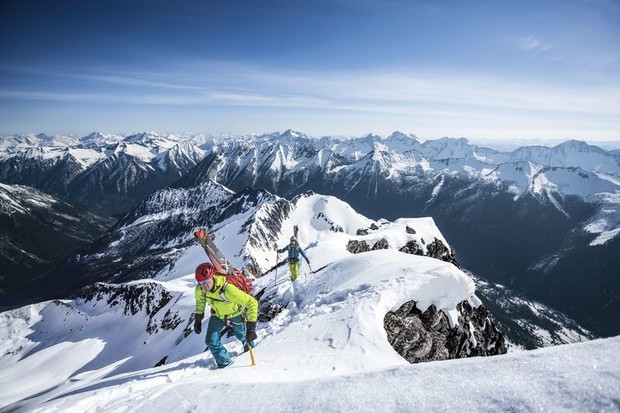 Many have answered the call to protect this wild place. Christian Pondella/Patagonia photo.

"It’s hard to get into, which is part of what makes it special, and the unique factor is the amount of glaciated terrain and the sheer quantity of terrain that exists in this pocket of the world. It’s in the Purcell Mountain range, which is similar to a Rocky Mountain continental snowpack, so you have to wait years to ski things, and that’s part of what makes it special. There is also this intangible spirit that exists back there–everyone who visits is taken aback by the power that lives in the valley.

I think when you are ski touring at Jumbo, you tune into this silence, and you become part of this landscape. When I was 14, my parents first took me here. I remember looking across this lake and my dad saying, 'you are going to have to protect this place someday.'" –Leah Evans, Patagonia ski ambassador

The New Frontier of Human Possibility? 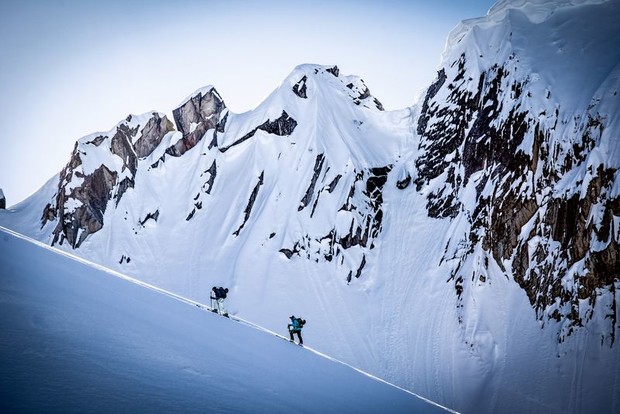 I think what we saw in Europe was this conquest of the mountains. This golden age of engineering, of progress, of human expansion. The Europeans essentially have tamed all the great ranges. But in this process, they have lost something very essential in those mountains, which is the wild nature of them. So I think in many ways, Europeans look to Canada as that final –Bruce Kirby, writer and journalist

A Wrong Thing in the Wrong Place 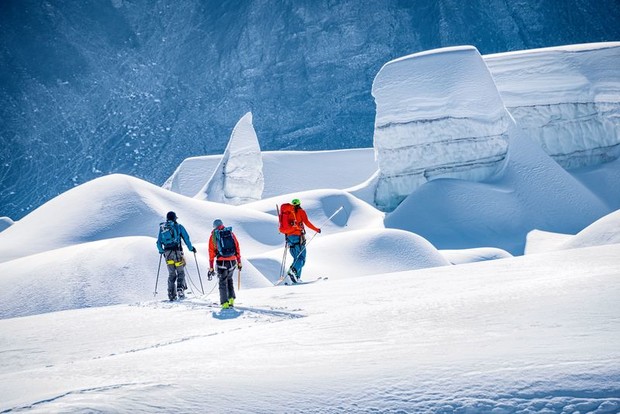 Loaded with impassible glaciers and avalanche paths, Jumbo Valley is not the ideal zone for a ski area. Garrett Grove/Patagonia photo.

While I was ski touring there, I never thought 'Man, I wish there was a lift to the top of this!' When we went on the ski traverse with Sweetgrass back in the Jumbo Valley, we literally got road blocked because the glaciers are so open and impassible. The plans for the lifts are to put them right on top of these glaciers, or in the middle of slide paths. Jumbo is hard to get to, and that’s the fun part of the adventure." –Leah Evans, Patagonia ski ambassador

Win at All Costs 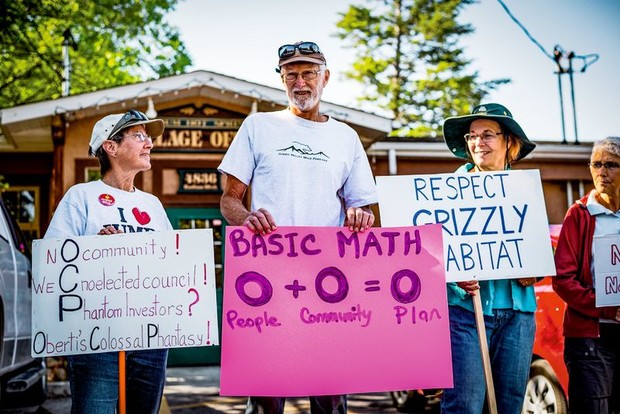 "It started to appear that the local environmentalists were part of a larger philosophy or religion, that if you look deep into it, is anti-human. I couldn’t understand why there was so much fear. They don’t believe that humans should be allowed to change the environment. I believe that we better the environment when we change it. Look at we do, the beautiful creations we make. After a while, it became more important to win than to achieve the dream [of Jumbo Glacier –Grant Costello, Vice President of Jumbo Glacier Resort

A Church Doesn't Need A Ceiling 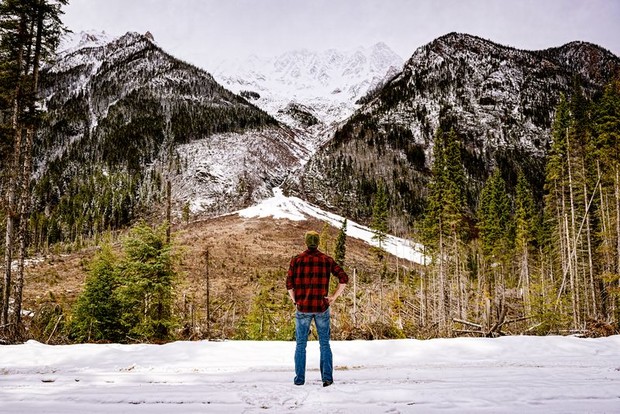 "My church is up there. When you're at the top, you can’t get any closer to god than that.

All they [the developers] want is money. The could care less about the bears, the moose, the elk, the goat. They don’t really care. I'm a hunter and trapper, so that means I take animals. If you really need it, take it. If you don’t need it, it is kind of nice to just sit and watch it." –Nolan Rad, hunter/trapper in Jumbo Valley

"Bears are easily attracted to human food sources. They tend to get lured in and end up getting killed. We found this to be the case in every human-settled valley in the nation. There are five small populations of bears [in Jumbo Valley] that will not persist over time if they are not connected with the larger population. There are 15 organizations working to solve this problem, but it makes sense societally to keep creating the problem… for one more ski resort?" –Michael Proctor, Grizzly bear biologist 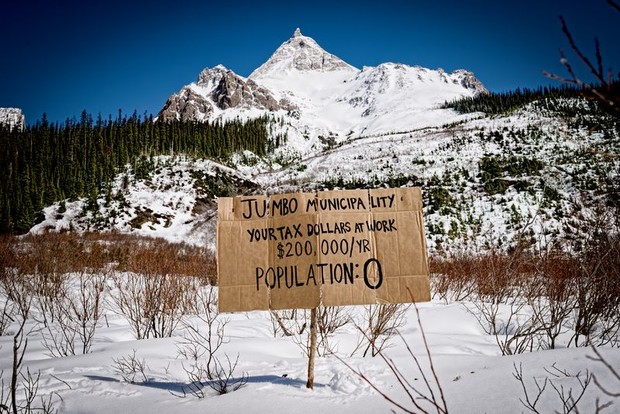 "On the way to Jumbo from my home in Revelstoke, you pass four ski resorts that aren’t running at capacity. The Jumbo story has been going on since I was in grade 7–I wrote my first persuasive essay on Jumbo–so it’s really been on peoples minds that it could happen for the last 24 years. Being up in the valley this winter, I had this thought: 'Who would live here?' If people wanted to naturally settle there, there would already be a town. Enough is enough; we already have enough ski resorts to visit and grow old at" –Leah Evans, Patagonia ski ambassador

Ultimately, following the expiration of their environmental permit this summer, Jumbo Glacier Resort was told to halt development, and that their entire permitting process would have to start over, from scratch, if they really wanted to see the resort built. While opponents are certainly celebrating a big win over the interests of development, the allure of Jumbo Valley lives on, both for its pristine natural wonder as much as for its potential for a ski resort.

Jumbo Wild is now available for rent or digital download on iTunes and Vimeo On Demand. Be sure to check Patagonia's site, too, to see if one of the film's local premiere is coming to your hometown.