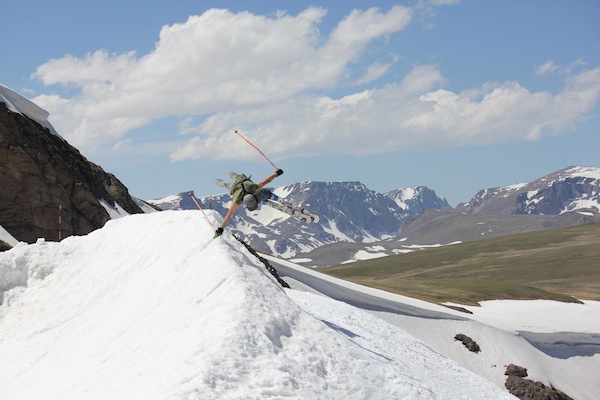 The little ski area, near the top of Beartooth Pass on the Montana/Wyoming border, features two high-speed poma lifts, steeps, chutes, cornices, and a terrain park at the bottom. The ski area was first opened in the 1960s as a venue for summer ski race training. During the late 1990s and early 2000s the ski area saw an influx of newschool skiing. Mickey Price, Tony Gilpin, Glen Plake, and Donovan Power trained and coached alongside Tanner Hall, Wiley Miller, Paul Cotter, and many others. Prominent film companies such as Teton Gravity Research, Team 13, and Toy Soldier Productions have featured footage from the Beartooth Basin Ski Area in their films.

ON3P Ski Company and other sponsors will be working with the ski area to host the session and build a quality terrain park and competition course. The event, terrain park, and ski area will be open to the public as well as to invited riders and photographers. In addition to world-class, lift-accessible summer skiing, the surrounding area has excellent backcountry access, including day-long tours, boot packs, and car shuttle laps.

On Saturday, June 8th, a big-mountain/slopestyle competition will take place at Beartooth Basin. Competitors will take top-to-bottom runs and be judged on style, technique, amplitude, and consistency.

ON3P will have its fleet of demo skis available free to the public. Tickets to the ski area will be discounted for session attendees to $40 per day. Half day tickets for $35 will also be available.

More details including group lodging options, competition registration, and a roster of invited riders will be published at www.beartoothsummersession.com . View the rest of the media gallery here. We hope to see you next month in the Beartooths.

Get ready for the summer season with awesome gear deals here.