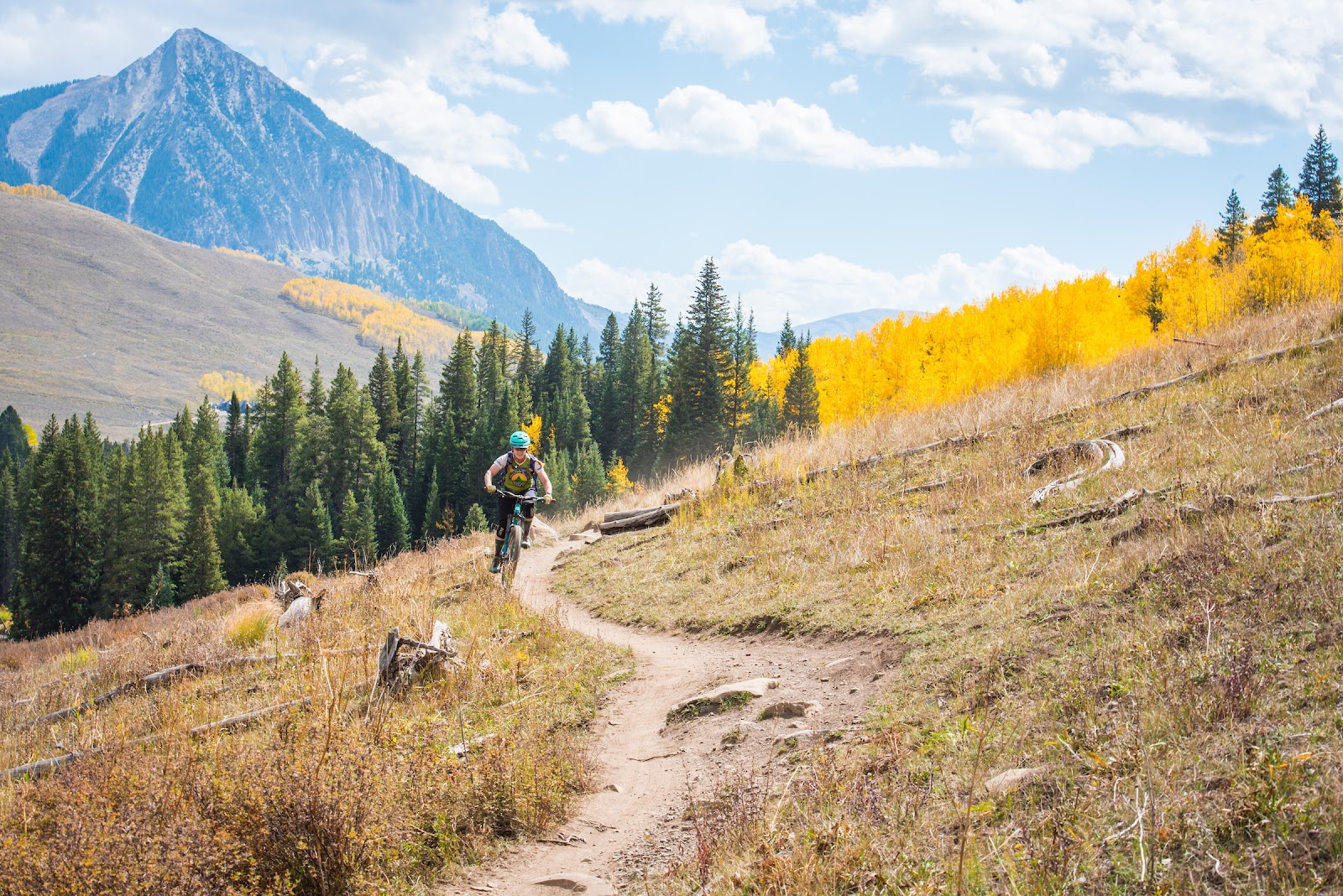 Nestled in Crested Butte (CB) and the Gunnison Valley are a copious amount of singletrack mountain biking trails, in fact, the highest concentration you’ll find in North America. Out here there are 750 miles of trail to ride on, and the best part is the variety, which ranges from picturesque high alpine to desert riding. We’ve even kicked off our latest mountain biking film endeavor with director Ryan Gibb in the world-class riding destination.

This network of trails is what makes Crested Butte stand out, and what better way to celebrate the riding than with a little friendly competition. In May of 2017, the CB tourism board launched TrailQuest, a challenge to see who could be the first to log all 750 miles of riding here in the Gunnison Valley on the CBG Trails digital map app.

Out of the hundreds of competitors that participated, Brittany Konsella emerged victorious on September 19th. It was not a challenge for the faint-hearted. By the end, Konsella had climbed roughly 275,000 vertical feet—that’s the equivalent of climbing Mount Everest from base camp 22.5 times. No stranger to type two fun, Konsella actually has quite the history for undertaking grueling challenges. Back in 2011, she toured over 175,000 vertical feet to ski all of Colorado’s 14ers. An accomplishment that she whittled away at over the course of five years, made her as the second woman ever to do so in the state’s history. We caught up with Konsella to see what it was like pedal the entire network of singletrack. Here’s what she had to say:

Can you tell us a little bit about your background?

BK: I’m a former competitive freestyle skier and mountain bike racer, but I don’t compete in either anymore. Once I quit freestyle skiing, I was trying to look for something else to do with my skiing and I ended up really getting into backcountry skiing. Because of this new passion I ended up becoming the second woman to ski all of Colorado’s 14,000-foot peaks. That was a while ago, but i’ve kept mountain biking and skiing since then. My husband and I actually wrote a backcountry skiing guide, which was published just this fall for exploring the backcountry here in Colorado.

It sounds like you’re really passionate about exploring more uncharted terrain, is this what led you to the TrailQuest Challenge?

BK: Yeah, I’d say both my husband and I are really into these weird goals, especially when it comes seeking out the unknown. A lot of the trails on TrailQuest are still relatively unknown, we’d ask around for more information about them and had a hard time finding more information. It felt pretty similar to the 14er challenge, which was fun. 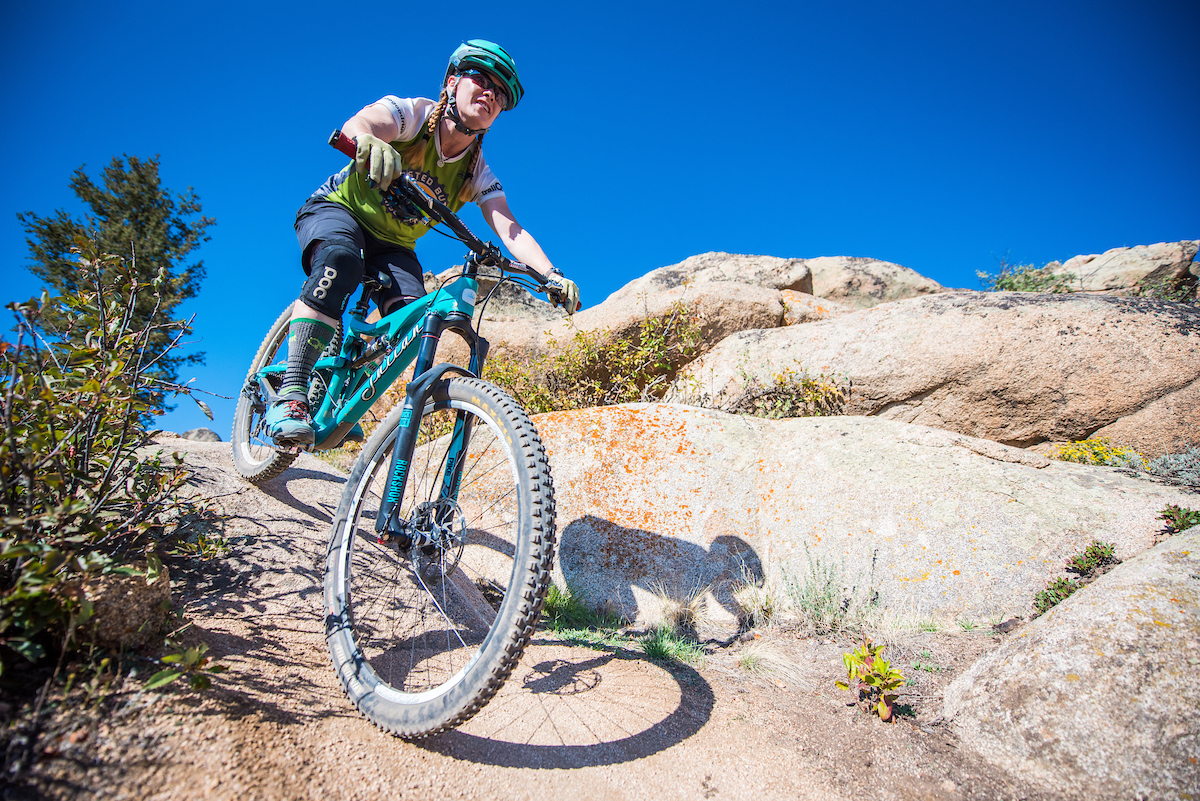 How did this challenge compare to the 14er?

BK: There was a lot of similarities. For example, looking at a map and trying to plot out routes with a GPS program. That way you’ve got an idea of vert, mileage, and elevation gain—things like that. Just being out there and knowing that sometimes it might not work out, and when it did plans had to change.

I enjoyed not having to worry about avalanches. Weather matters with this as well, but you’re not at the mercy of snow. You’re mostly dealing with rain, but a little bit of rain won’t mess up your whole trip. 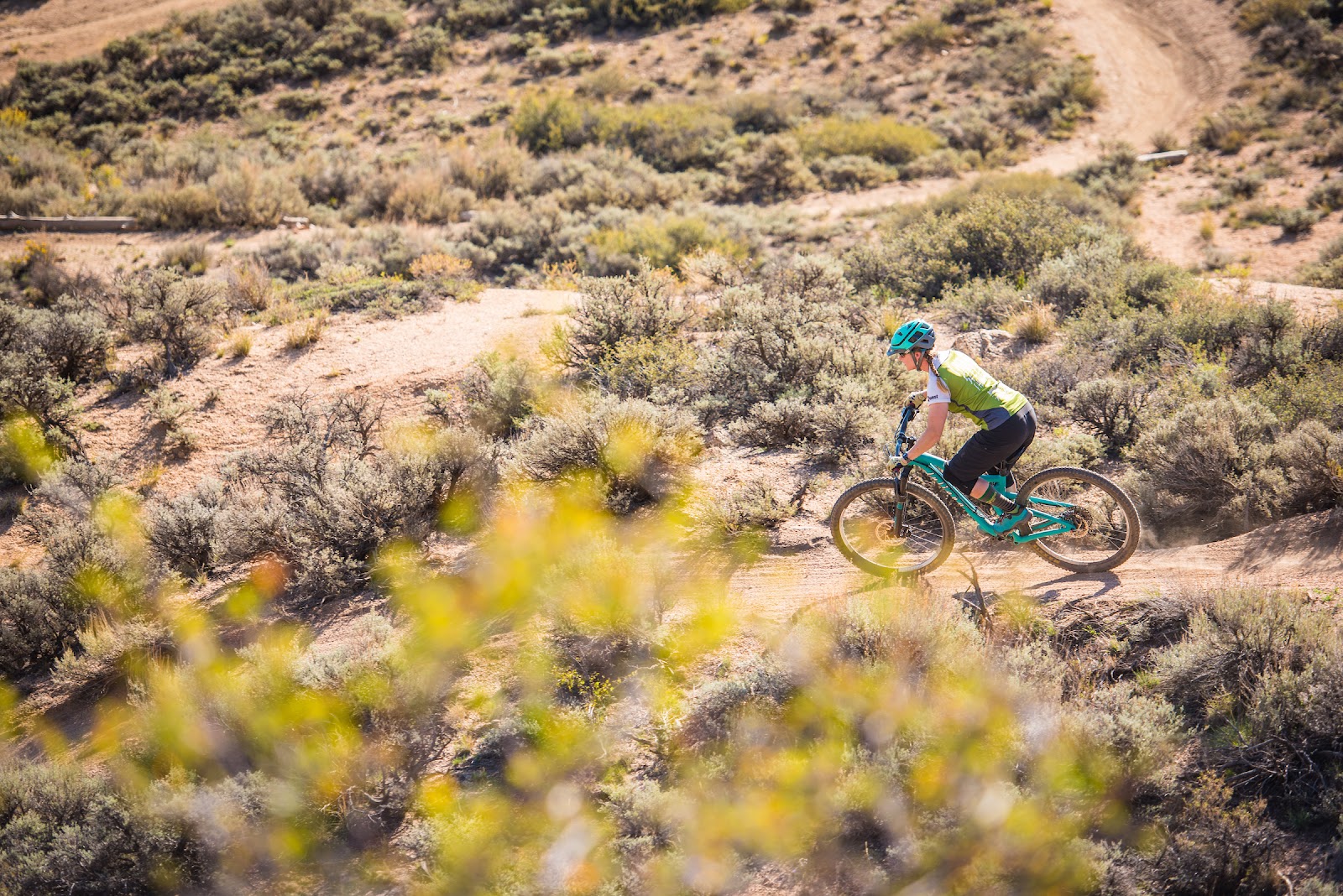 From flowy singletrack to steep technical gnar, CB has got a little something to please everyone. Meyvn Creative Photo.

What was the most challenging aspect of this challenge?

BK: Dealing with the overgrowth on the super obscure trails was tough. It just happened that some of these trails were in the same area, which had a lot of nasty brush. They were pretty unforgiving. Even when you walked your bike you’d get scratched by everything. Riding was just as bad—you get constantly scratched. Even with tall socks it got pretty bad, but again it was just on the really untouched trails.

I also broke my tailbone and little toe in a crash. They were separate crashes, but neither of them kept me from riding.

It almost sounds like a backcountry approach to mountain biking?

BK: Absolutely. But, to be clear TrailQuest is a mixture of trails. Some are fairly used by other mountain bikers, and then there are others that are way off the beaten path and utilized more so by dirt bikers. Then there are some trails who I don’t know who uses them, but they were added to the contest because we have them here. I’d say there’s about 100-150 miles of really remote riding.

What do you enjoy about the riding out there?

BK: I love that we have such a variety of trails. We have some trails that are super fast and flowy and as well as some that are really steep and loose. We have alpine mountain riding and then you head over to Gunnison and get full on desert riding. It’s just so cool, because we have so much and it’s good for so many months of the year! I feel lucky that we can enjoy skiing and have mountain biking be excellent for all but three to four months out of the year.