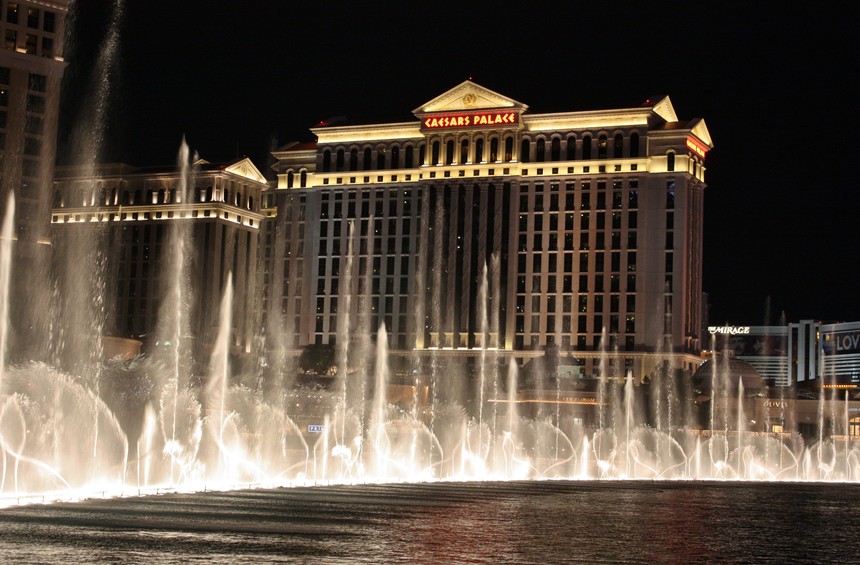 On December 31st, 1967, Evel Knievel famously cleared the fountains outside of Caesars Palace, but then crashed onto his face, broke a bunch of bones, and was in a coma for over three weeks. It was a cringeworthy moment to say the least.

The jump over Caesars fountain has remained infamous. It’s only been successfully reattempted once by Evel Knievel’s son, Robbie Knievel, in 1989. That might change this Sunday, though, when X-Games legend Travis Pastrana takes us all back to the Vegas Strip for an unprecedented event: in one night, he’s going to re-create three of Evel Knievel’s most famous jumps, and it's all going down on live television.

The first event will be a recreation of Knievel’s Los Angeles Coliseum crushed car jump, except Pastrana is upping the ante; he’ll be jumping 52 cars instead of 50. He will then take on Knievel’s jump of 14 buses, but will once again be trying to up it; Pastrana is planning to jump 16 Greyhounds. And for his grand finale - cue the drumroll please - Pastrana will end the event with an attempt on the classic Caesars Palace fountain jump.

To make it even more interesting, Pastrana is going to do it all on a V-twin motorcycle similar to what Knievel used. But, will he ride the Indian Scout FTR750 to fame and glory?

Well, we’re in high hopes that Pastrana is going to be successful and not pull an Evel Knievel – aka land on his face. Plus, if you bet in his favor, you might have a greater pay out.