Lake Wanaka, NZ - Competitors at the 2010 World Heli Challenge woke up to a heavy inversion layer yesterday morning and there was question about whether the Extreme Day would run. Bound and determined to make the day a success, event founder Tony Harrington (Harro) and technical director, Nick Mills, headed out in a helicopter through breaking cloud to assess the situation. Breaking through the cloud they found the perfect venue for the day’s contest and in the end it was an epic day in the mountains.

With blue skies and light winds the setting was amazing.

After a first run by the judges, to assess the conditions and let the athletes get an idea of what was in store, the competition was on.

From the helicopter landing pad, skiers and snowboarders hiked narrow ridges and perched themselves precariously along the ledges of the mountain.

The judges got the best runs of the day with reasonably soft, chalky snow. It wasn’t long though before the angle of the sun changed and much of the terrain was shaded leading to variable conditions and a more challenging course for many of the competitors.

Harro commented, “Conditions in the history of this event have never been so difficult or extreme.”

Because of the late start and the snow conditions, the competitors were only able to do one run instead of the planned two runs.

Highlights of the day included a crazy line by snowboarder Travis Rice (USA) and a near disaster when Ted Davenport (USA) set off a class two avalanche that he managed to ski out of. 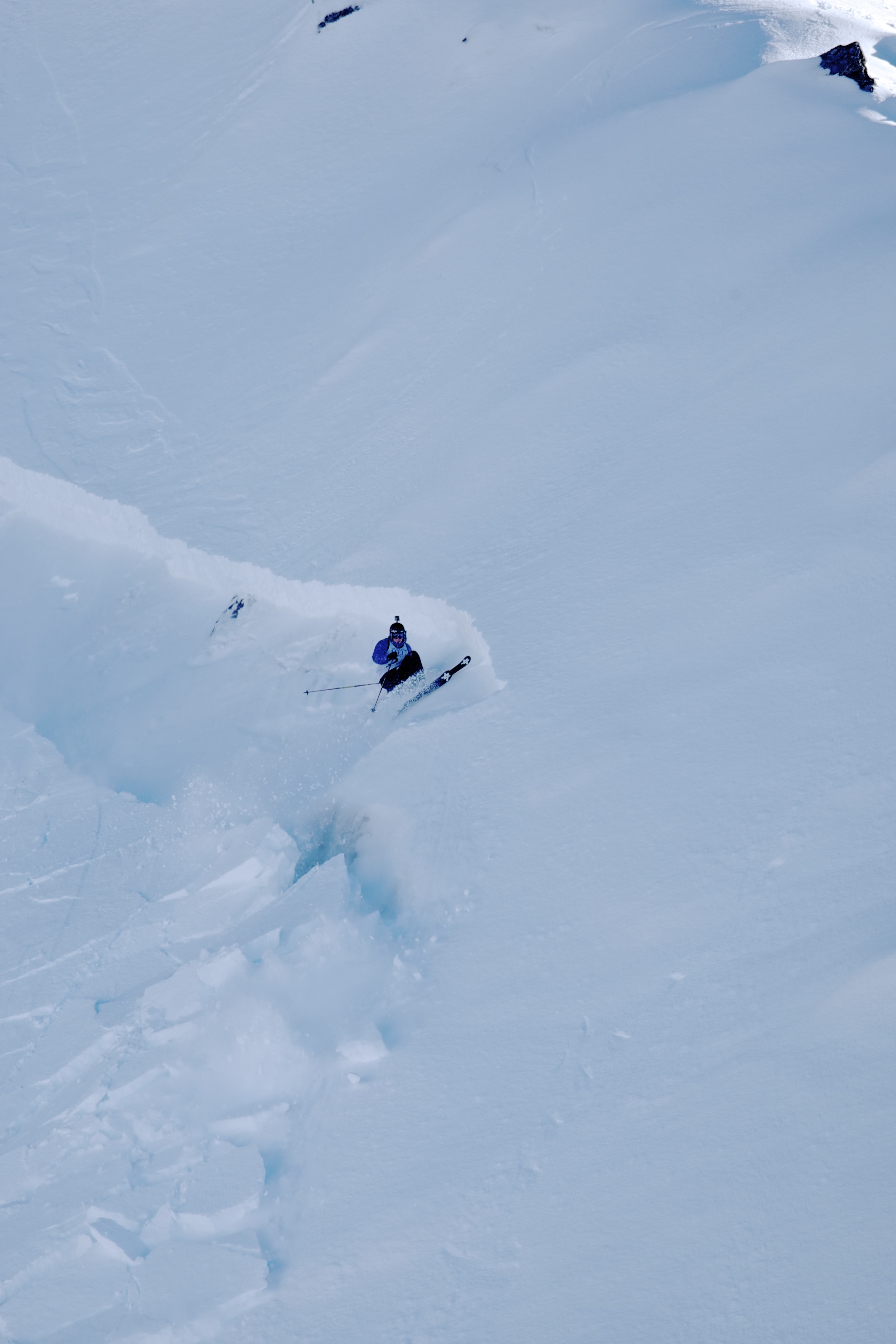 One of the athletes commented, “Travis asked us if he should ride the line and we told him it wasn’t possible.”

“A second later he jumped in and rode it as easily as if he were riding a groomed intermediate run!”

When asked about his experience at this year’s event Rice commented, “It’s New Zealand to the max, total immersion.”

“This is truly an epic contest, the terrain is here, the riders are here, and the heart of the event is here, unfortunately this year, the snow wasn’t here.” He went on to add, “No matter where you are you’re only batting 60% on getting good snow anyways. So here’s to next year… I’ll be back.”

After accepting his award, Rice commented, “Snowboarding needs more events like these to back what it’s really all about.”

Ted Davenport successfully defended his title, once again being named overall winner in the skiing category, with NZ’s Sam Smoothy, Fraser McDougall and Cam McDermid taking out second through fourth place, respectively and Chris Booth (Australia) rounding it out with a fifth place finish.

“It was great to come and win this prestigious event in the most opposite of conditions of last year,” said Davenport. “Last year was the best ever (snow conditions) and this year was the worst. Winning both years shows that I can adapt to whatever nature brings.”

World number one ranked freeskier, Ane Enderud was the overall women’s champion followed by last year’s champion Janina Kuzma who got the award for biggest air this year.

Enderud and Bock have enjoyed their time in New Zealand together and commented on how much fun they’ve had at the event as well as on the off days. Both have taken full advantage of the adventure days and also squeezed in a day of skydiving. They are equally excited about earning qualification into the World Extreme Skiing Championships and King of the Hill Contest in Alaska.

“Going to Alaska has been a lifelong dream,” said Bock. “Now, because of this event, it will come true.”

They are also excited to return to New Zealand next year having earned free entry into the 2011 World Heli Challenge.

The final award of the night, the Fktor Award, went to Charlie Timmins. The "Fktor Award" honours the athlete who without question stomps an epic run, push's the envelope of the sport and embraces the reasons of why this event is put on.

The prize is one of the most incredible snow experiences ever…a week-long heli package at Points North Heli in Cordova, Alaska courtesy of Kevin Quinn.

Had the freestyle day been judged, Timmins would have likely been the winner, going bigger than anyone else. Timmins was also chosen because he has been a stellar role model and has shown initiative in mentoring up and coming skiers including “grommie” Mitch Reeves.

When presenting the award, founder Tony Harrington commented, “ I would love to give this award to every single one of you. You’ve all come from around the world, and paid big entry fees to go up and play with your friends and there’s no prize money!”

He added, “That’s why I spend twelve months a year to make this happen.” 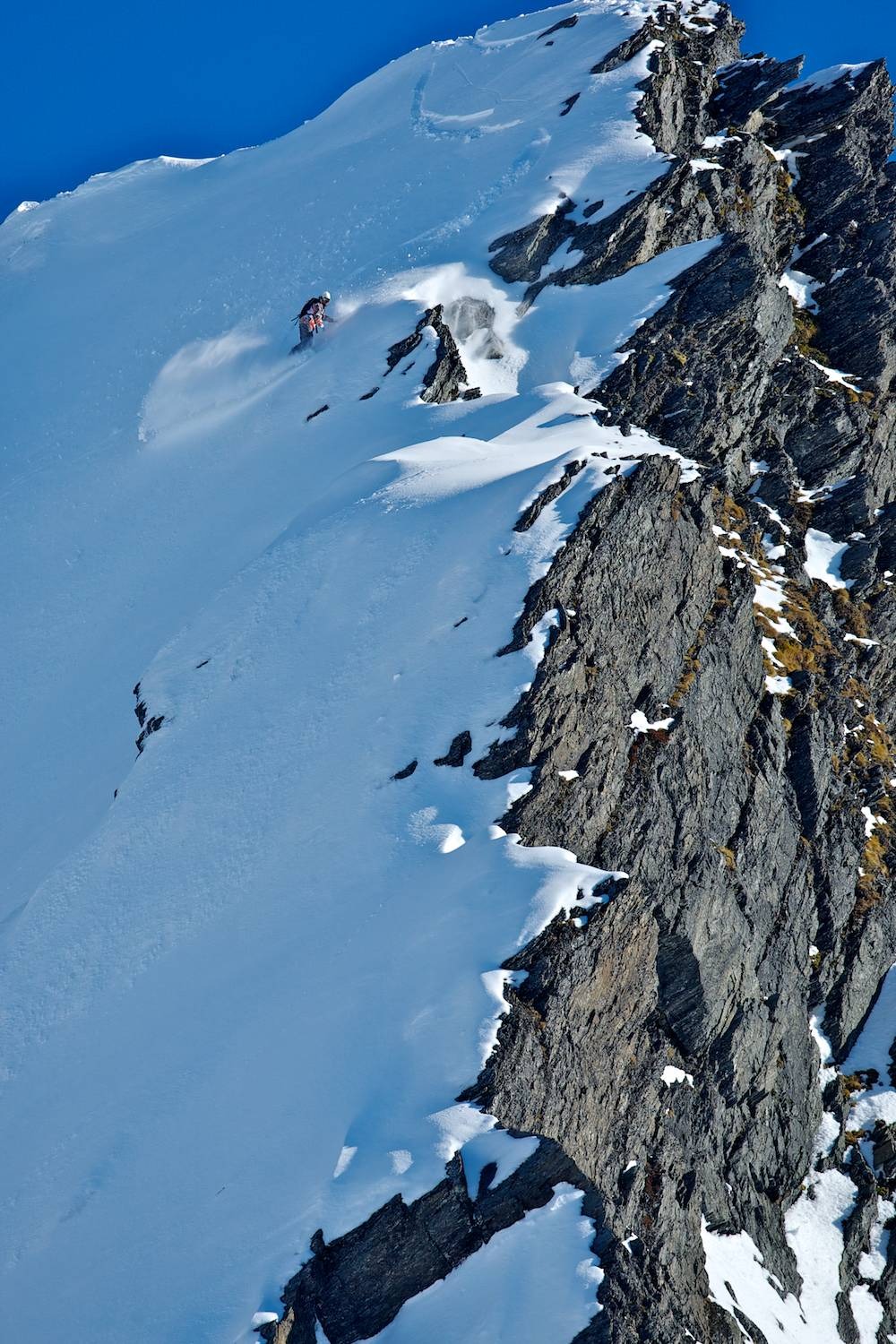 Other awards presented last night include:

Also recognised were NZ’s Cam McDermid for stepping it up, Adam DeVargas and Matt Jackson for their eagerness to be part of the event and this year’s grommie skier, Mitch Reeves (11), for embracing the spirit of this event and blowing everyone away with his stellar performance. The Lake Hawea Hotel was thanked for their hospitality throughout the event and for representing so well what the event is all about and finally recognition was given to the Back Country Helicopter crew, without whom the event couldn’t happen.

The winners in each category get free entry to the 2011 World Heli Challenge. Snowboarders also get free entry to King of the Hill event in Alaska while Skiers receive the same for the return of the World Extreme Skiing Championships, also in Alaska.

A final comment by Harro, “If you thought today’s course was scary wait until you see the jump Saturday.”

Today the competitors have headed to the west coast for some surfing and tomorrow marks the return of the legendary Big Air contest with the Exstreamtv Street Style Snow Show beginning at 4pm at the Lake Hawea Hotel, followed by the After Burner Party at 9pm.