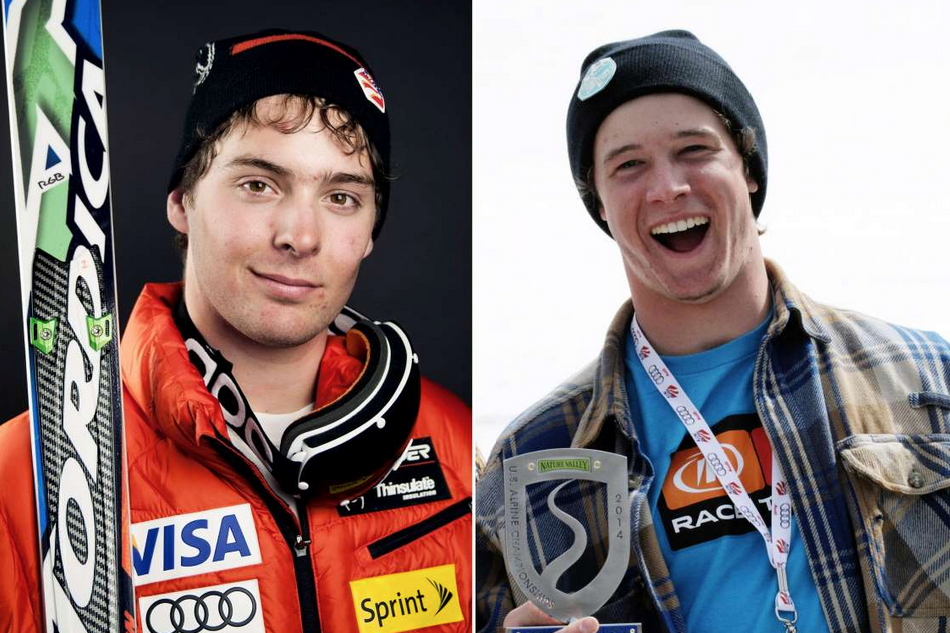 It is with heavy hearts that the ski world learned of the deaths of junior U.S. Ski team members Ronald Berlack, 20, of Franconia, New Hampshire and Bryce Astle, 19, of Salt Lake City. The pair was with the U.S. Ski Team training in the Solden region of Austria. This morning Berlack and Astle, along with four other U.S. Ski Team members, left the patrolled area in Gaislachkogel and skied off piste towards Rettenbach Valley. According to avalanche analysis by Lawinenwarndienst Tirol the group triggered an avalanche 30 cm deep that broke 20 meters across. The avalanche ran 360 meters down a northwest slope. The slide buried the pair but the four were not buried and managed to ski out of the slide. 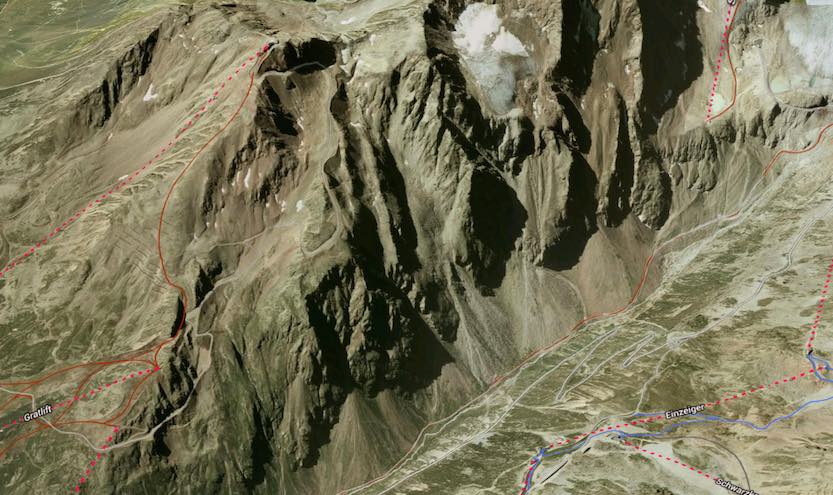 This Google Earth image shows the general area in Sölden, Austria, where the avalanche is believed to have taken place. The Gaislachkogel lift is the highest dotted line to the left of the image. The partly-shaded terrain descending towards the viewer is the north-facing terrain we presume the group skied in order to head towards the Rettenbach Valley in the foreground of the image. The dirt road weaving its way down the looker's righthand side of the Gaislachkogel terrain is the edge of the on-piste terrain. 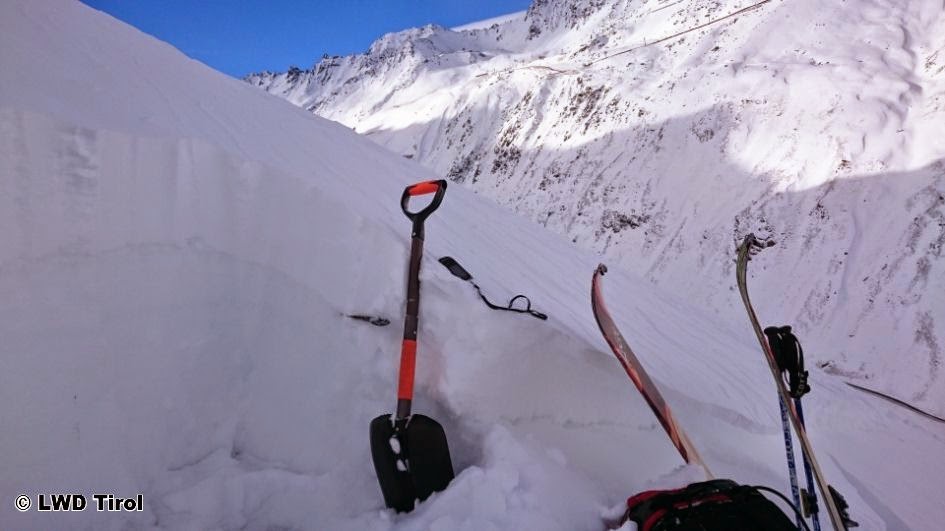 A snow pit near the scene of the avalanche shows new snow on an obvious weak layer. LWD Tirol Photo 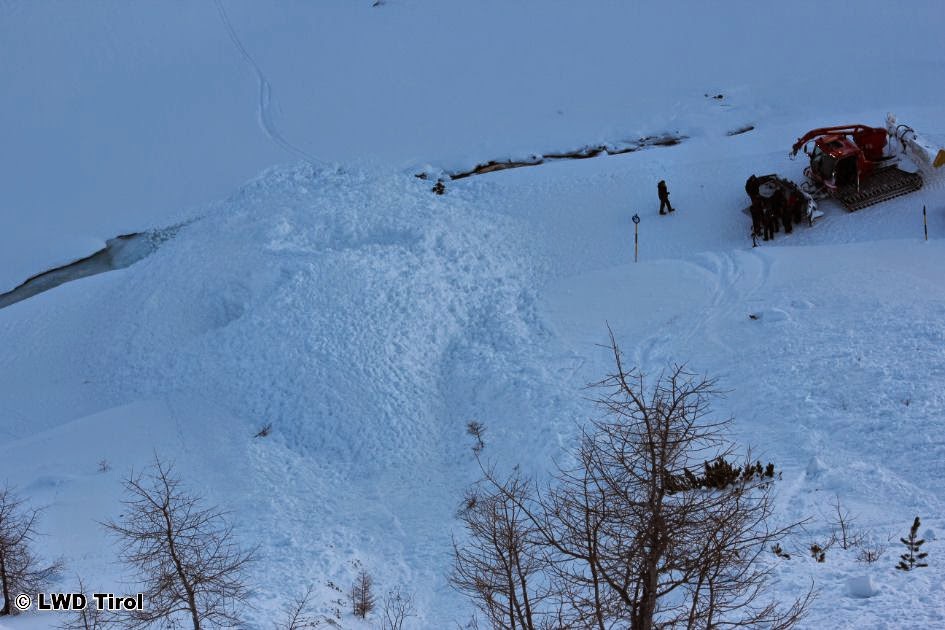 Debris pile with holes where the two victms were found. LWD Tirol Photo

Resuscitation efforts were ineffective. The avalanche danger for the area was listed as Level 3 or "considerable," owing to the heavy snowfall, combined with warm temperatures, that were precipitating in natural and human-triggered avalanches around the area as a whole. It should be mentioned as well than in Europe, terrain that is off of the groomed pistes is often unmarked and uncontrolled with regards to avalanche danger, whereas in North America in-bounds terrain is either controlled and opened, or left closed and marked. 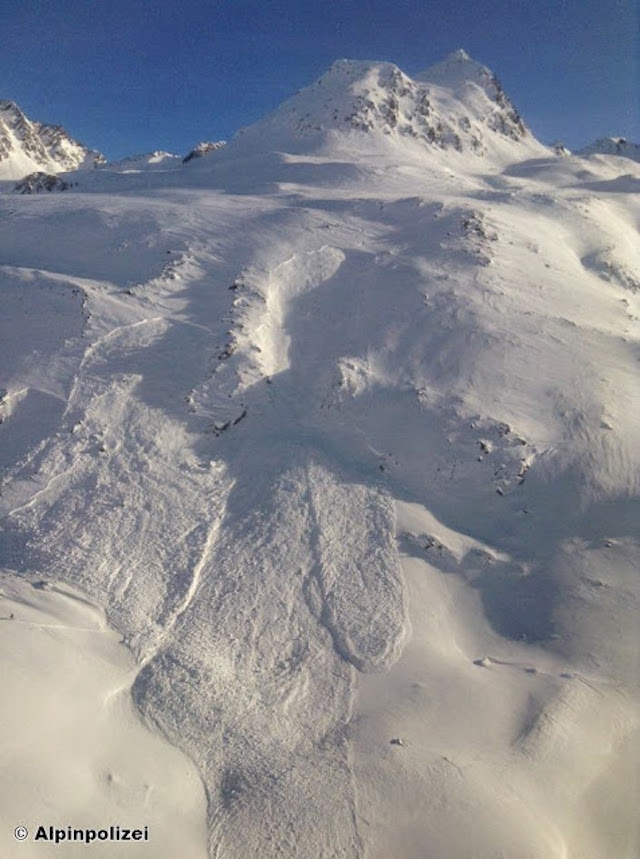 The aftermath of a January 2nd avalanche at neighboring Obergurgl that partially buried one skier. Photo via Avalanche Warning Service Tirol.

The surrounding area of Tyrol as a whole has seen a lot of avalanche activity over the previous few days. Our regional TGR forum members from the area have informed us that another individual died in a separate avalanche at neighboring Obergurgl yesterday, while a second was caught in another avalanche and partially buried today. The Tyrolean avalanche forecasting center published a large gallery of photos from recent avalanches Saturday, which can be viewed here. The forecasters warned about slopes in nearly all aspects being sensitive to human triggers above 2100 meters.

Below are their profiles from the U.S. Ski Team website.

New Hampshire native Ronnie Berlack, 20, earned a spot on the U.S. Ski Team’s Development Team following a spring 2013 tryout camp at Mammoth Mountain. He had been a student at Vermont’s Burke Mountain Academy. He had finished 11th in downhill and 17th in super G at the 2013 U.S. Alpine Championships in Squaw Valley. He was off to a strong season last year before suffering a knee injury last January. He had come back, competing in South American Cup races in Chile this summer and in NorAm and FIS races last month in Canada.

Utah’s Bryce Astle, 19, grew up racing with the Snowbird Ski Team. He was 13th in giant slalom at the U.S. Alpine Championships in Squaw Valley last March, finishing as the top junior. He had been invited to train with the development team this season. He posted strong results in South American Cup races in Chile this summer, and was coming off a pair of top-10 slalom and giant slalom NorAm Cup finishes in Canada last month, where he was on the junior podium in all but two events.

Share your condolences with members of TGR's Forums here.