unReal Photo Gallery: Behind the Scenes of the Dirt Blizzard

Production of the Dirt Blizzard segment took place late last fall, as the bike park season was winding down. Preparations for the shoot began on a cold morning with the masses of peat moss being dumped in front of Whistler Blackcomb’s Administration building. 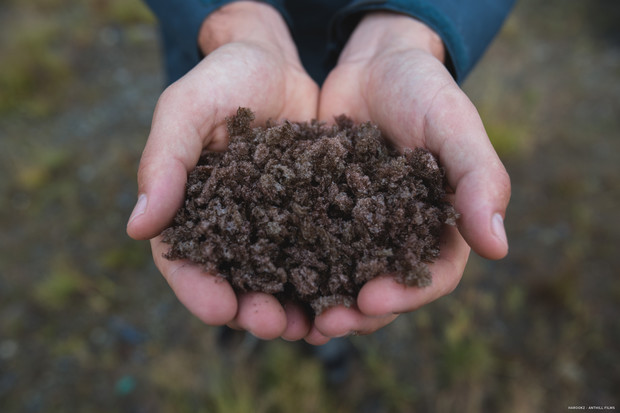 Moving the bales of peat moss onto the trails was no small feat. With each bale weighing around 80lbs, and hundreds of bales to be moved, it was all hands on deck to get the peat moss transported to each location. 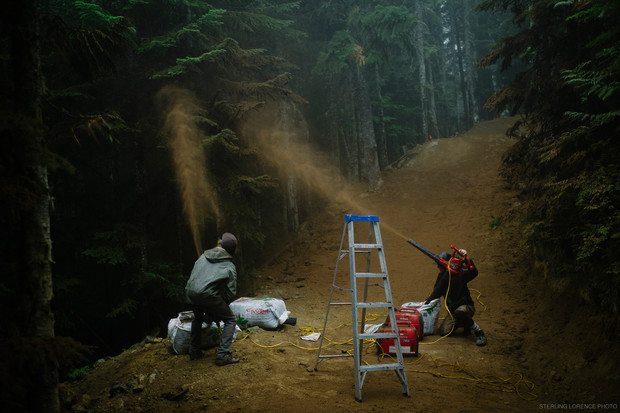 In order to mimic the sensation of an epic powder day, peat moss—totalling thousands of pounds—was dispersed or shot into the air using leaf blowers. Drifts of dirt blanketed the trails, trees, and landscape, leaving Vancouver garden centres sold out of peat moss for weeks. 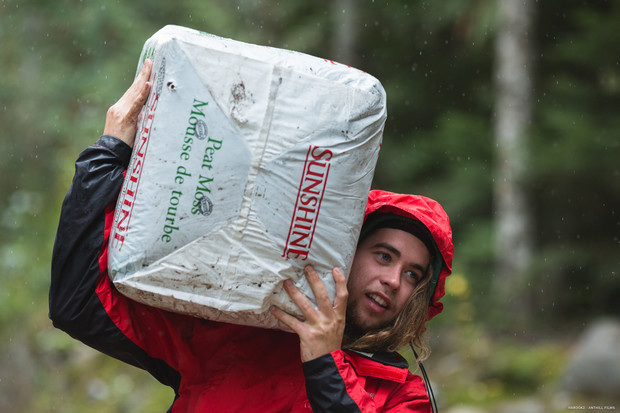 Fact: The garden centres in Vancouver caught on to what we were doing and refused to sell us any more peat moss, as the dirt blizzard was causing a peat moss shortage in the Sea-to-Sky region. 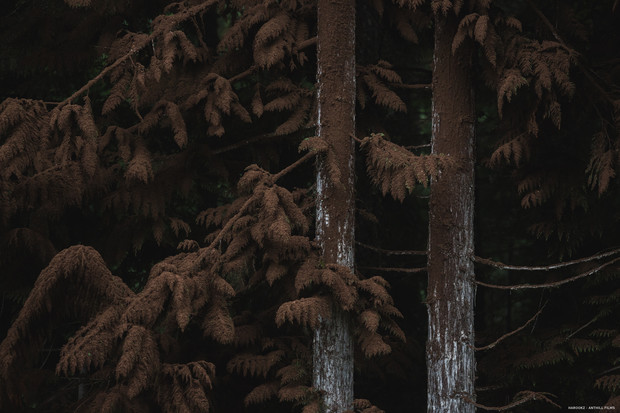 The scene is set. Harookz photo

Unlike actual snow, peat moss and fake movie snow don't dissolve and fall off of your gear very easily. Mixed with damp weather, the peat moss and brown pow stuck to everything, including our clothing and equipment. 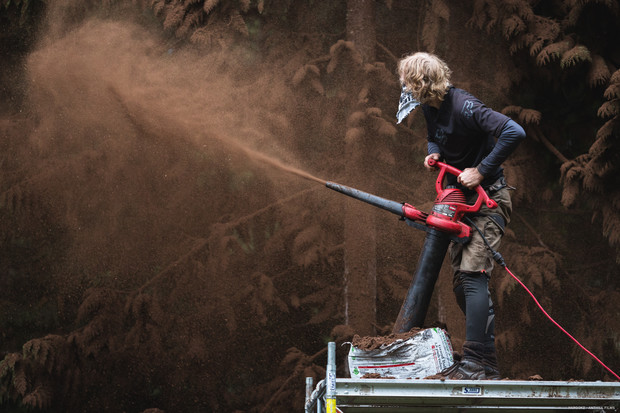 A labor of love. Harookz photo

As fun as Finn Iles makes playing in brown pow look, don't be fooled. Since the leaf blowers essentially turned the peat moss into a fine powder, the crew had to wear protective face masks to prevent inhaling any airborne particles. Even still, the crew and riders experienced their fair share of nose bleeds and sore throats throughout the shoot. 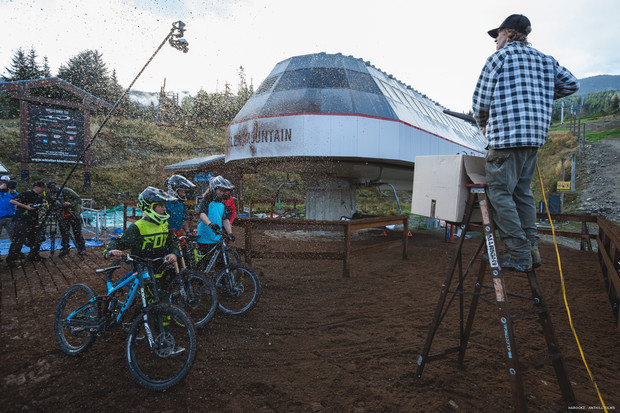 A fresh layer of brown pow on the trails meant that obstacles that are normally visible, such as rocks and roots, were now hidden, making line choice extremely critical.

In Strength in Numbers, Adam Billinghurst (head trail builder on unReal) famously said, “My dream is that dirt would fall like snow does.” When we thought about it at the time, the possibility of experiencing a “dirt blizzard” seemed impossible. Fast forward a few years later, it only seemed fitting that we make this dream come true in unReal.