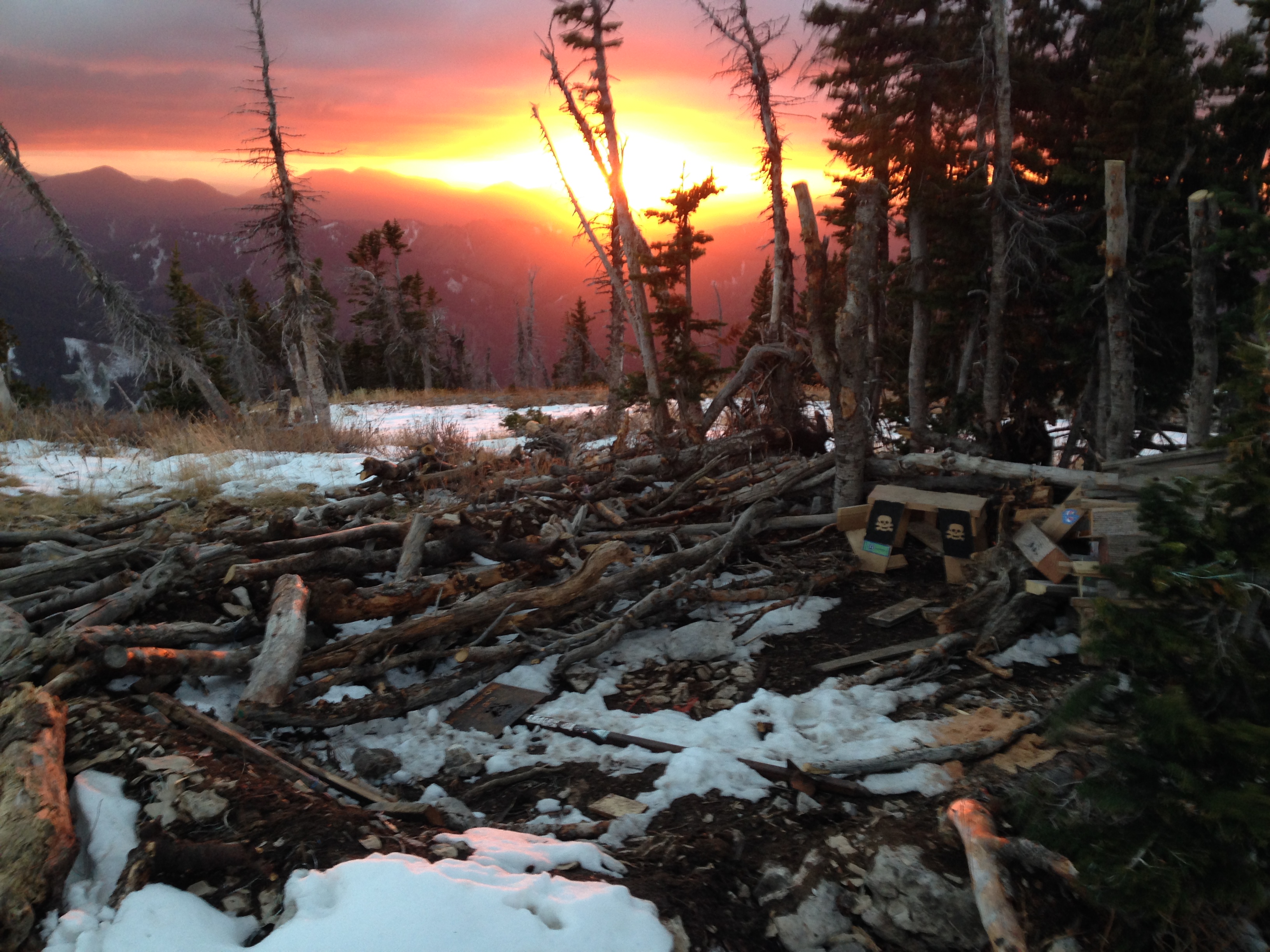 The impromptu warming hut on the top of Mt. Glory–the go-to backcounty zone off Teton Pass for Jackson Hole locals looking for a powder fix before or after work–has been dismantled by a group of volunteers on behalf of the Forest Service. This put an abrupt stop to the work of other local backcountry skiers and riders, who had over the past several seasons built the hut into more and more of a permanent structure, having recently added more of a rigorous roof structure, more headroom, a less drafty exit, and even a set of benches for visitors who sought refuge from the cold and ridgetop winds at the summit of Glory inside while waiting for partners to finish the 1,700 foot bootpack to the top, or simply a warm place to buckle their boots or pack a bowl before dropping in. 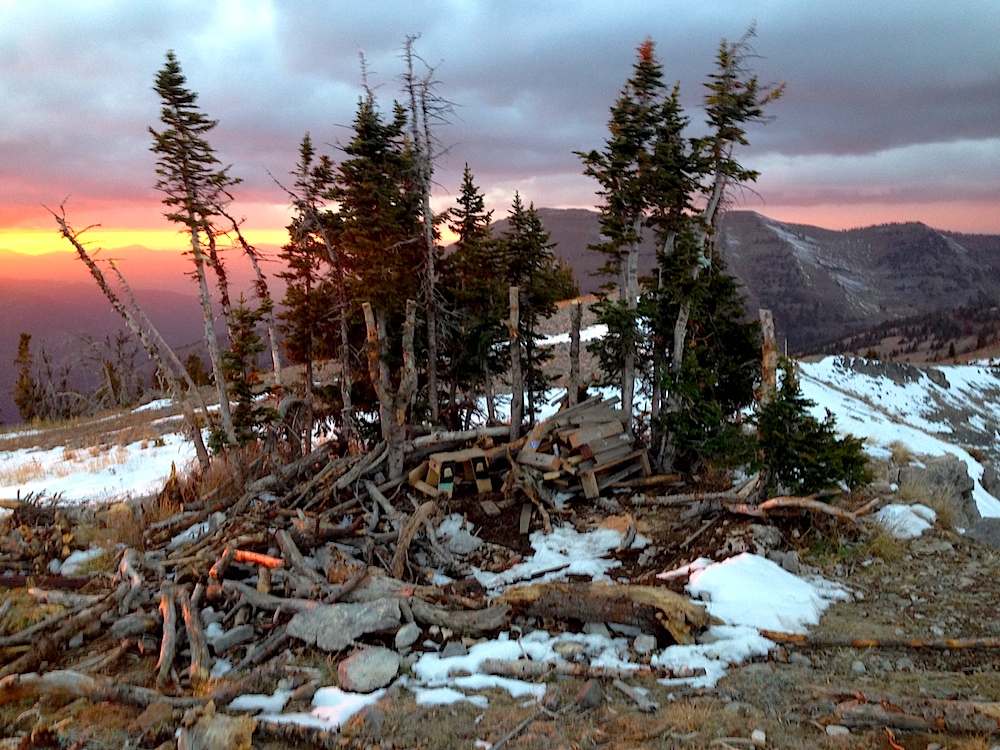 Roughly a week ago, local skier and TGR employee Ryan Halverson went up to the summit of Glory on a hike to find many of the branches that had been put in place to fasten the structure had been thrown into Little Tuckerman Bowl. He returned on the 15th to discover the hut entirely dismantled. “All that was left behind was a stack of wood, the benches that someone graciously made and brought up last season, and one full PBR,” Halverson said.

Over the years, the Glory hut grew from more of a snow cave to more and more of a permanent structure. During the summer of 2013, local volunteers overhauled the frame, adding eighteen inches to its height while pushing out the walls several feet and removing trash from the season prior. Once snow filled in the floor, it was roughly leveled, hand-made benches were added, and a Tyvek tarp roof covering was thrown on top to keep the snow at bay. More than a dozen people could fit inside, and comfortably at that, with little draft to speak of. But as the structure became more permanent and built up, it drew the ire of local Forest Service agents. 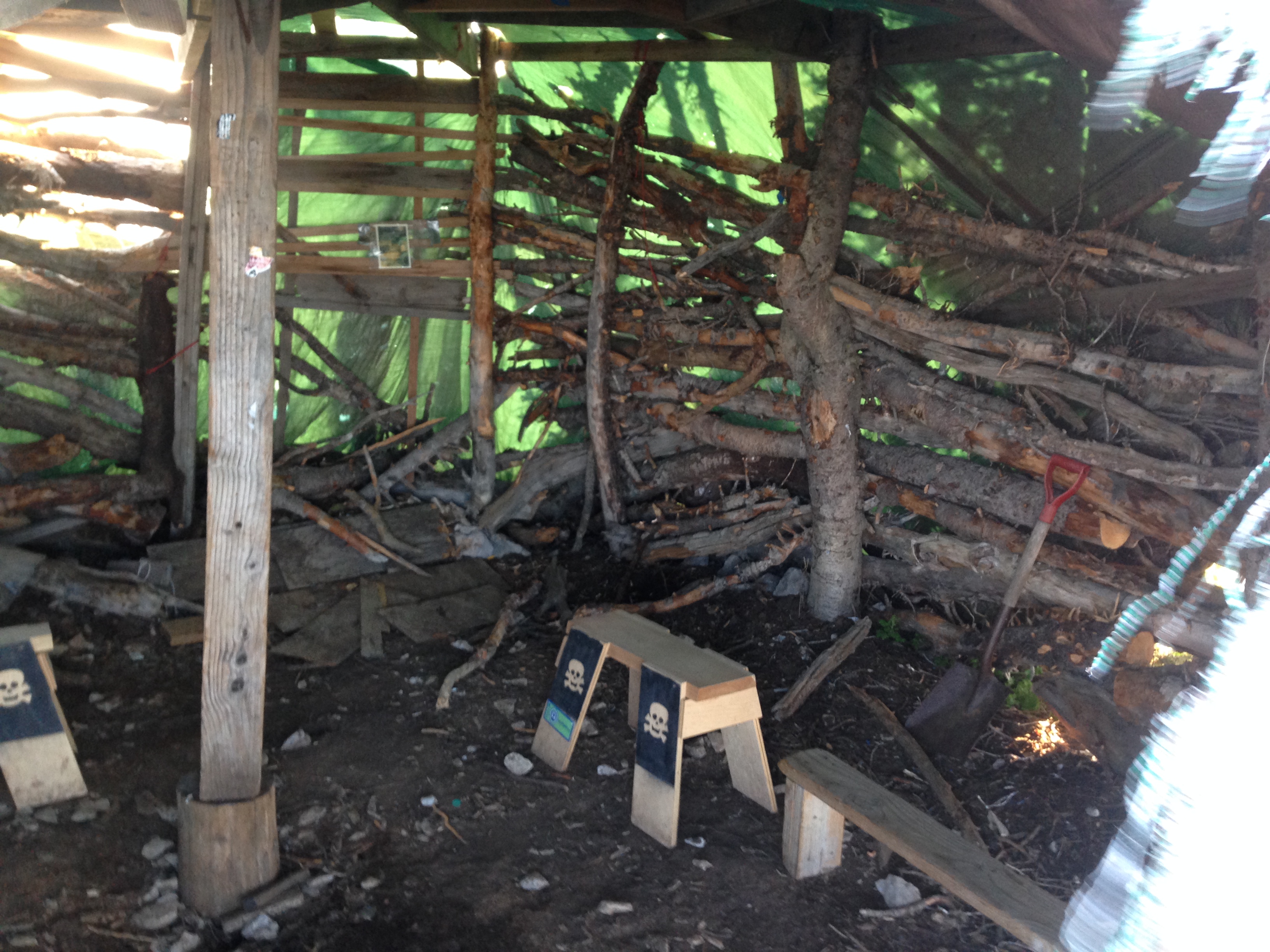 The interior of the hut before dismantling. You can see the structure and benches; come wintertime, snow would fill the floor and insulate the walls. Ryan Halverson photo.

“It started as more of a snow shelter, and some sticks were added, and we don’t get too wound up over that,” said Jay Pence, District Ranger for the Teton Basin Ranger District in Driggs, Idaho, in whose jurisdiction the Mt. Glory area resides. “But over the years, it’s gotten much more established. The Tyvex was a big turning point for us. It started degrading in the sun. Even with sticks, that’s technically a structure, and we don’t authorize structures. It encourages people to build more of those things.” 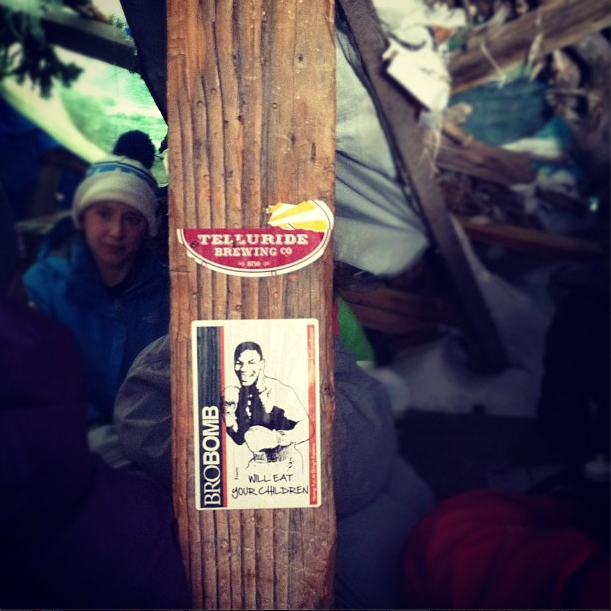 A truly crappy photo of the interior of the hut, circa March 2012. Ryan Dunfee photo.

Pence added that while the Forest Service has the authority and responsibility to dismantle unauthorized permanent structures on Forest Service land, it wasn’t until a group of unnamed volunteers–purportedly backcountry skiers and riders who utilized Teton Pass frequently–offered to remove the structure themselves, which Jay applauded as “a commitment by those who ski the Pass to take care of it.”

Beyond its legal status, Pence argued that the warming hut went against the spirit and responsibility inherent in backcountry riding. “Here’s a concept to think on: backcountry skiers and riders, by definition, should be self-sufficient, and shouldn’t need permanent structures to accommodate their activity. If you need that kind of thing, you might not be appropriately prepared for the backcountry. If you’re a backcountry user, you should be prepared for that kind of situation.”

While it’s clear that, for better or worse, the services of the impromptu Glory hut won’t be available, we’d love to hear what you think on the issue. Should the hut have been taken down, or been allowed to stay?