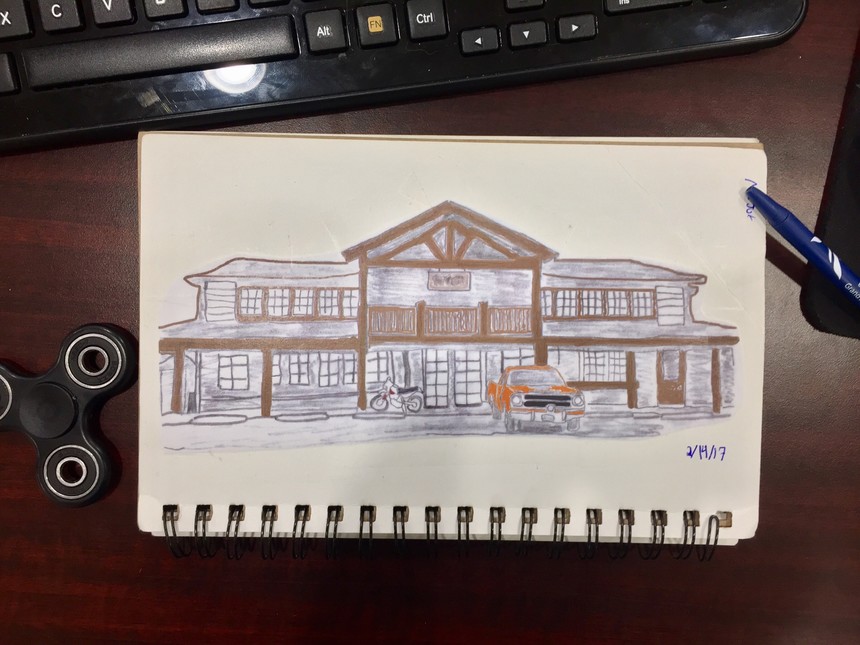 “Retail Help Wanted” read the ad in the back of the Jackson Hole News & Guide. “Sales associate needed for part time & weekend sales within TGR office in Wilson.” I snapped a photo of the ad with my Iphone while eating pizza and drinking a beer at Wildlife Pizza & Brewery in Victor, Id on an August 2015 evening.

The first thing thing the next morning, I sent an email inquiring about the position along with a copy of my resume and link to my social media profiles, hoping to show that I not only fit the part, but maybe they’d want to send me to ski in AK too. A few hours later I received an email back from Carol asking if I’d come in on Wednesday for an interview. “F.YEAH I’LL COME IN FOR AN INTERVIEW” I screamed to myself, but replied with the more elegant “Wednesday will work great! Can’t wait!”

Granted, I didn’t necessarily need this job. Habitat was paying me enough to get by on, and I was never feeling “bored.” This was a bit more personal. A chance to work at Teton Gravity Research. You’d be hard pressed to name anyone more iconic in the ski industry that has remained so core.

I hopped on the old Yamaha and headed toward the Teton pass nervous and anxious as ever. Looking down at the watch on my handlebar I noticed there was 45 minutes before our interview, and it only took about 12 to get to the TGR office from where I was standing. I got off the bike at the top of the pass and walked a few circles trying to calm down.

The Suunto on the handlebars said I was about 10 minutes early as I was pulling into the parking lot. “Perfect” I thought to myself as I started taking my helmet off. I walked through the door and two nice ladies welcomed and greeted me. “Hi, I’m here for an interview with Carol” I responded. The one closest to me stood up and introduced herself as Carol, as she walked me to the main office. We sat down and talked for about 15 minutes. She asked all the basic questions, where I was from, how long I have been skiing, my favorite TGR movie. She thanked me for coming in and said that she would be in touch. I thanked her again and told her I appreciated the opportunity as I walked out the door.

If there was ever a time I needed to stress eat, this was it. I made my way over to JHMR and took a tram ride to the top. There I grabbed myself a waffle and walked the short distance to Corbett’s Couloir to eat it and watch the tram go by a few times as I reflected on the interview, and just how stoked I was to be living where I was living.

The next day I got a call from Carol offering me the job and asking if I could start that Saturday. Trying to contain myself as much as possible I told her “YES” and thanked her about a million times.

For the first 2 months I didn’t know how much I was getting paid, just that I’d have a check for $150 every other week and all the TGR logo wear a kid could want. Working at TGR was a dream come true. My Saturdays were spent by waking up, driving over the pass, grabbing a D.O.G burrito or eating at Nora’s Fish Creek, walking across the street and opening up shop. That’s when the fun would start. Tourists, athletes, and brand enthusiasts would pour in from across the world. My only job was to make sure they were stoked from the second they walked in until the second they got in their car. I’d play them a preview of the latest movie in the private theater, show them the “executive office”, or on really lucky days show them the moose that lived out back by the mini ramp. I’d talk them into buying a shirt or hat, and sometimes a movie, then send back out with a pocket full of TGR die cuts.

I really was the “Living The Dream”.

The second summer I brought my girlfriends dog, Dobby, into the office a few times. (Yeah, you read that right, I lived in house and had a girlfriend in the Tetons). Most of the time she would just lay behind the desk by my feet and play with her stuffed puppy. When a guest would come in she would get excited and go running around the counter to greet them. They usually got a kick out of it.

It was a sunny Saturday afternoon, when one of the founders, sorry Steve, swung by to pick up his camper for a weekend getaway. I don’t know what happened, or what went through her mind but she turned into an absolute lunatic. Every time he’d walk into the door she would bark and go running up to him. It was slow so he asked me to help him align his truck to the trailer while he was backing up. Dobby was out there with us and was running circles around his vehicle while he was backing up and attempting to jump in, what can I say, she loves car rides. I put her in my car for the rest of the day and we had a long talk about boundaries on our way back to Driggs.

Working for TGR was absolutely incredible. When I was forced to leave the valley due to my knee injury there was a position waiting for me when I came back. They had my back when I broke my back. If I ever wanted tickets to a premiere, they had them for me. The best analogy I could use is that it was like a chubby kid working for Willy Wonka. I loved every second of it.

A marketing position became available around spring. If ever I have been within sight of my dream, this was it. I wrote a 2 page cover letter, attached my resume, CC’d my manager, and sent off my application to the hiring email listed. Crickets. Not even crickets. No reply at all. Over the next few weeks I accepted the fact that I had not been considered and did the best I could to move on.

I worked for TGR for another 2 months until I was asked to change my hours at Targhee and work Saturday's. I reluctantly told Carol & Torie that I couldn’t work at TGR for the remainder of the summer, but if there was still a position for me in the winter, I’d be back. “Yes, definitely” they responded and asked me to keep in touch and they would do the same.

A lot of life happened in that period short time and we were not living in the Tetons that winter. 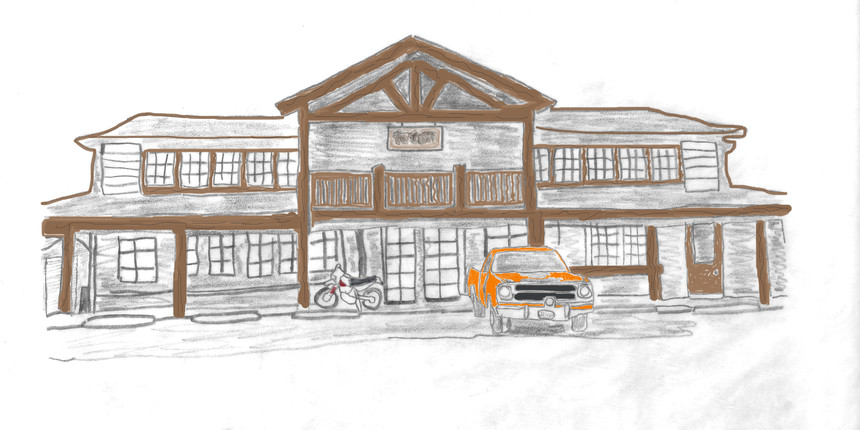